Can gentrification work for everyone?

As money flows into Washington, D.C., poor neighborhoods are being transformed. And that\'s where the battles begin 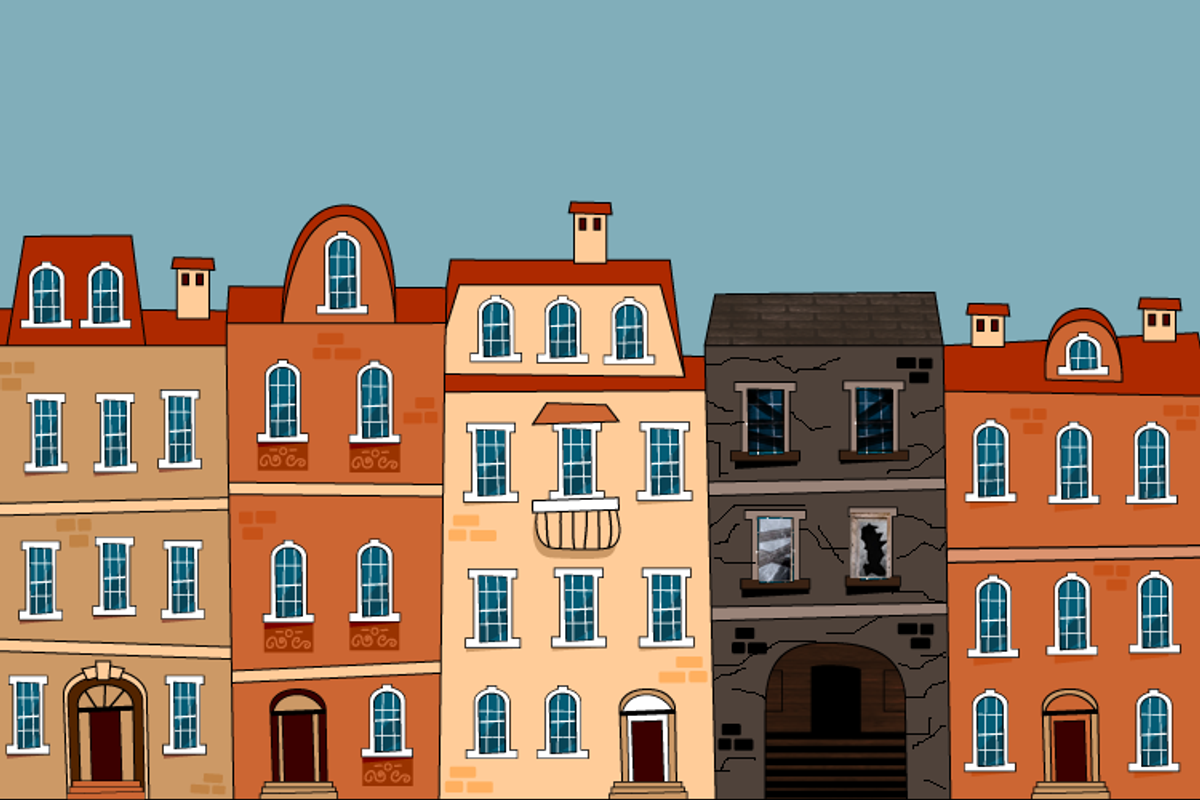 "Gentrification" is like the secret word in Pee-Wee's Playhouse -- say it and everyone freaks out.

"It's possibly the most charged word in the built environment right now," says Christopher Leinberger, the well-known urbanist and a non-resident senior fellow at the Brookings Institution. The image of mustachioed, trust-fund hipsters displacing poor people of color will do that.

And that's a shame, because gentrification has some undeniable upsides: reduced crime, better services and a more diverse array of businesses -- and not just coffee shops. "As a Detroit native who has seen this place rot from the inside-out, I'd kill for a little gentrification," Detroit Free Press editor Stephen Henderson recently tweeted.

Reconciling the two edges of that sword -- improvement versus displacement -- is becoming a more urgent issue with each passing year as cities continue to rapidly transform. Rather than being seen as an injustice, can gentrification correct an injustice by returning prosperity to a long-neglected neighborhood? A good place to start looking for answers to these questions is Washington, D.C.

Gentrification has changed large swaths of D.C. in recent years, from Columbia Heights to H Street. Most recently, change has been trickling into the city's poorest area, Ward 8, a district in Southeast Washington that's the home to former D.C. Mayor Marion Barry. The evolution there is happening against a surprising statistical backdrop. The income gap between whites and blacks in D.C. has become one of the highest in America. Ward 8 has a staggeringly high unemployment rate. And for the first time in half a century, D.C. is no longer a majority-black city, a milestone passed earlier this year that got a lot of people talking about the G-word.

Ask two Washingtonians what they think of these changes -- even two people from the same neighborhood -- and you can get two very different responses. Malcolm Woodland moved to Ward 8 in 2000, and finds the increasing economic stratification of his city alarming. "I find it strikingly wrong," he says. "It almost leaves me speechless and breathless." He believes that even if the city's new wealth ultimately reaches his neighborhood -- and many Southeast neighborhoods have some new prosperity these days, whether those along Capitol Hill, the waterfront or near the new Washington Nationals stadium -- most of the current Ward 8 residents will be displaced by it. "I don't think gentrification benefits or has ever benefited the previous community that was there," he says.

David Garber sees it differently. He’s lived in D.C. for almost five years, most of that time in Ward 8, as well. “I don’t think there’s anything inherently wrong with a city that has multiple income levels,” says Garber, who now lives in Ward 6 and is the current Commissioner for the Navy Yard / Ballpark neighborhood there. “At the end of the day, when a city becomes more prosperous, there are a lot of potential improvements available for communities that don’t have as many resources. In places like Ward 8, there’s a lot of opportunity for more economic development.”

In many ways, Woodland and Garber are similar. Neither is a very longtime resident of Ward 8. They're about the same age (Woodland is 34, Garber is 29) and they're both middle-class. But Woodland is black and Garber is white, and as far as Woodland is concerned, that's where their opinions diverge. "I really can't find another lens to understand [the city's inequality] outside of a racial one," he says.

Woodland believes the dynamics that have stymied his community's growth for decades have everything to do with race: white flight, housing discrimination and other historical calamities that left Ward 8 vulnerable. Now he sees gentrification as the neighborhood's next racial adversity. "The people who come in bring the services they want. Public housing gets razed and condos get built. Starbucks is soon to follow."

He's right that it's hard to see gentrification as separate from race. Nearly everyone who lives in Ward 8 is black; only about 3 percent of its residents are white. If it gentrifies drastically, this is sure to change. And though some of the current population might benefit if they decide to sell their homes for a windfall, most won't have that option -- less than a quarter of Ward 8's residents own their homes.

But there's a wrinkle to this narrative. Not all of Ward 8's pockets of gentrification adhere to the blacks-out, whites-in stereotype. A recent Washington Post story on Anacostia, a slowly gentrifying Ward 8 neighborhood, reported that many of the artists, yogis and professionals snapping up houses are black themselves. The article noted that plenty of the area's current residents are proud to see young, successful African-Americans returning to the historically black neighborhood's Italianate and cottage-style homes. And while Starbucks may well arrive someday, for now the neighborhood is thrilled to have its first sit-down restaurant, the black-owned, Yelp-approved Uniontown Bar & Grill.

Of course, whites are moving in, too. Garber said when he first moved to Ward 8 "there was definitely a little tension. I think I needed to prove I was interested in being part of the community." He says he plunged himself into public meetings and neighborhood events, and as a result, "just ended up meeting everyone." Once that happened, he says, "It was one of the friendlier places I've lived."

Is this a Pollyanna-ish vision of the white gentrifier adding welcome diversity to his new community? Maybe in part. But Garber at least doesn't seem to fit the stereotype of the aloof interloper holed up in his new house waiting for the neighborhood to change. Some of gentrification's tensions might be eased if more gentrifiers saw themselves as Garber says he did: as a new arrival in an existing community, not a pioneer of some urban wilderness. "I think that for many of the folks who fear gentrification, there's a history of them not having a say in how their communities are changed," says Elahe Izadi, reporter for WAMU and DCentric, a website that covers race and class in the District.

Those types of changes have provided provocative color for more than a few stories about the "New D.C." On H Street, where gentrification is much further along than in Ward 8, "Tapas Bars Replace Soul-Food Joints" pretty much sums up the coverage. One unhappy H Street business owner told the New York Times that her property tax bill had tripled because of H Street's new streetcar plans. There are limits to how much of a difference neighborliness can make. Gentrification may be good for a city at large. It may even be good for many of that city's poorer residents. But it will never be good for everyone. As urban areas keep getting more popular, they're also going to continue to get more expensive. What you can do, says Brookings' scholar Leinberger, is take steps to minimize the growing pains.

"You need a conscious affordable housing strategy," says Leinberger. "The ultimate solution is to provide enough housing supply to drive down prices." That means building denser and bigger (Ward 8, like many poor neighborhoods, has plenty of room for more construction). Inclusionary zoning can help, too, by mandating that a certain amount of housing must be reserved for lower-income residents. Just outside D.C., Maryland's Montgomery County has had success with this. "They've produced probably 20,000 permanently affordable housing units. And it's important to spread it as widely as possibly throughout the entire geography."

Sometimes more affordable housing already exists right under our noses. Unlike some other cities, D.C. allows homeowners to rent out their "granny flats," the windowed English basements half a level below the main floor of a townhouse. "It's a separate unit with its own entrance, and a place where teachers, police officers and other people who aren't well-to-do can live," says Leinberger. There's also room for creative solutions on a case-by-case basis. When Leinberger was involved in the redevelopment of downtown Albuquerque, N.M., he and the city collaborated on setting up a nonprofit called the Albuquerque Civic Trust, which received a cut of the profits from property that gentrified as a result of the new development, and then used that money to build affordable housing. And Washington itself has an innovative law that helps renters get together to buy their building if it goes up for sale, which can help keep people in place before gentrification moves property values out of reach and prices people out of their own neighborhoods.

This is what many people want -- not to prevent gentrification, but to work it into their city and then be there to reap its benefits. "In my reporting I've spoken with people who have lived in some of these neighborhoods for 10 or 15 years, and they'll say, 'I remember when someone was shot every week on this block,'" says Izadi. "'It was a scary time and we're glad that's not happening anymore. I can walk down the street with my children and feel safe.' Everyone wants the same thing at the end of the day, a nice safe community. But they want to stick around."

The problem is, not everyone will be able to. Some displacement will always occur, and that's upsetting. But it's also a bit deceiving, because people were being forced out of Ward 8 and other low-income neighborhoods long before gentrification came along. They were forced out by crime, drugs, decay and other conditions that made those places unlivable. Much has been made of Washington losing its black majority this year, but the truth is, D.C.'s black population has been declining since 1970. It's declined for the same reason that its white population did: Many of those who could find a way to get out were doing so. Many moved to bordering Prince George's County, now one of the country's wealthiest black suburbs. It was displacement by other means.

Fleeing by choice isn't the same as being priced out, but seeing some black professionals now buying homes within the city rather than decamping for the suburbs is good news. The 2010 census showed that the District's population rose for the first time in 60 years. It's a more racially diverse (and less segregated) city today than it was a few years ago. Immigration is rising, and homicides are at a 50-year low. Finding ways to build on these benefits, rather than prevent them, could make this a golden era for Washington rather than a gilded one.