Gothic manuscripts at the Getty 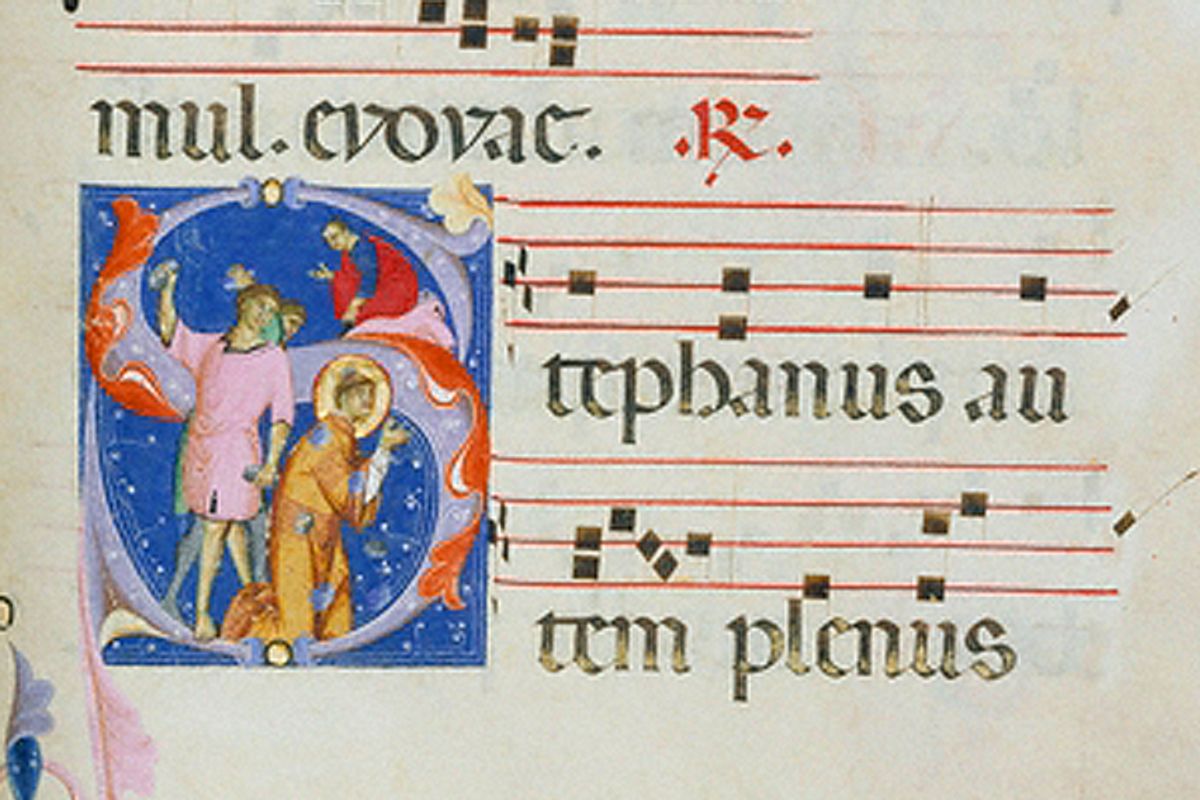 The Victorians certainly weren't right about everything, but it's hard to pore over a resplendent illuminated manuscript and fault them for their love of the Middle Ages.

A quick glimpse at some of the J. Paul Getty Museum's most outstanding examples of the form -- including two recent acquisitions proudly shown off in the museum's new exhibition, "Gothic Grandeur: Manuscript Illumination, 1200-1350" -- is enough to remind anyone of the timeless allure (and staggering craftsmanship) that characterize illustrated medieval texts, from Bibles to romances and beyond.

Over the phone, Getty curator Elizabeth Morrison talked to me about Gothic illumination generally, and her exhibition's highlights in particular; click through the following slide show for a taste of the museum's sumptuous collection.

What are the salient features of Gothic manuscript illumination? How is the Gothic style different from earlier or later traditions?

Well, the divisions that we put into these art historical categories -- they're not random, but they're not fully set, either. And they often have to do not only with artistic style, but also with social and political movements. In the middle of the 13th century, you're really starting to see a complete change in the way that manuscripts are made, and also who is commissioning them. And that actually has a great influence on certain aspects of the style, as well.

For the first time, the majority of manuscripts are being made in cities, as opposed to monastic scriptoria; you're now having commercial scribes and artists completing these manuscripts the majority of the time. Part of the reason for this is that there was an increase in literacy, and an increase in the economy; most of Western European culture became city-based at this point, as opposed to more spread out, with the monasteries guarding over human knowledge, as it were. With all these social factors coming together in the cities, you suddenly have university students, well-to-do middle-class people, [plus] kings and dukes [et al.] -- and they all want illuminated manuscripts.

But these were still very expensive to produce and to acquire, right?

They're still very, very expensive -- but with the increase in the economy in the mid-13th century, particularly in the cities, you're seeing manuscripts coming into the reach of people who previously probably didn't have an interest in them, and also didn't have the money for them.

Like I said, there was an increase in literacy, which meant that it wasn't just the monks or the nobility who knew how to read. [Book knowledge] was filtering down to a lower level of society; more people were interested in books. And this generated a number of different things: First of all, you now have different types of books, instead of just books made for the church -- all of a sudden you have, for instance, romances that tell the stories of the Arthurian legend. You have scientific texts. You have legal texts that are being used by the universities. And all these manuscripts could be illuminated -- they weren't always, but the ones in our collection are.

How many of the manuscripts in the exhibition are not religious in nature?

That's a really good question. But it's also a little bit of a false question, in a way. This is the European Middle Ages. Everything has a religious base. For instance, you can say, "Oh yes, a romance -- that would definitely be non-religious." But if you think about it, it's about King Arthur trying to find the Holy Grail. Or if you think, "OK, well, a science manuscript -- that's clearly not going to have a religious connotation." But, in fact, they thought God moved the stars; they viewed math as God hiding patterns.

[This even applies in the case of bestiaries]; it was thought that all the animals' behaviors mirrored religious behaviors. So, for instance, a lion cub was born dead, and after three days, its father breathed life into it -- just as Christ died on the cross, and after three days, God the Father blew life back into him, and he rose at the Resurrection.

You said that literacy was rising in this period -- but are most of these texts still in Latin?

Actually, that's the other big change in the mid-13th century: For the first time, you start to see texts in the vernacular. For instance, the romances about King Arthur were written in French. We have a legal text featured in the exhibition that's written in Spanish. We have another manuscript about the life of the Virgin Mary written in German. So, yes, there's a rise in literacy -- and literacy in the vernacular [specifically]. ...

These are big manuscripts with lots of pictures, and more than one person could see them at once, so you might read them aloud to a group -- and not everybody in that group had to be strictly "literate." But they understood the texts that were in the vernacular.

Part of the reason you're doing this exhibition now is that you have two new Gothic manuscript acquisitions. Can you describe them?

Yes, indeed. We're very excited about them. One of them is a manuscript known as the Abbey Bible. It was probably made for Dominican friars. It is a book that was clearly used, because all the text is corrected, and people put thoughts in the margin, like, "Have you thought of St. Anselm? He said something about this."

What's wonderful about the Abbey Bible is that it's got these absolutely amazing illuminations -- particularly in the borders. So, for instance, each book of the Bible starts with what he call a "historiated" initial -- an enlarged initial letter with a story inside (Moses striking the rock, for example). Let me tell you about an example that we actually have on display. The first page of the Bible, which is the beginning of the book of Genesis, has an enormous initial letter "I" -- the first letter of the Book of Genesis, of course -- and in that "I" is the story of the creation. So you have God creating the heavens, and the plants, and the animals, and finally Adam and Eve. And then down along the bottom of the page, in the border, you have the story of the life of Christ -- and those two intersect. Not only is it a beautiful intersection, but it also has meaning; it shows that already, at the beginning of the Old Testament, the New Testament stories are inherent: Christ is coming to save us no matter what. It's interesting that they used the borders of the page to actually make a fairly intense statement about the nature of the Bible.

Italian manuscripts -- whole manuscripts -- are very difficult to collect, because a lot of the manuscripts made in Italy in the Middle Ages were very large Bibles or very large choir books. When people started to collect these as evidence of Italian genius, in the 17th and 18th centuries, they just went ahead and cut up the books, took out all the pesky text, and left only the illuminations, which they could then handily hang on their walls. In addition, there was an export tax at the time that was based on weight. And so it was much [easier] to just take, you know, a couple of single illuminations, rather than an entire Bible. Because of all this, we're particularly thrilled to have [this whole manuscript].

Our other acquisition, the German Apocalypse leaf, is also really exciting. This leaf is from the middle of the 14th century, and it comes from a really unusual full-page, enormous Apocalypse that basically told the story of the Book of Revelation fully in pictures. When you see this piece, you're amazed at how big it is. I think you have the image of St. John seated, working away at his text, in your slide show? That figure is over 12 inches tall. We're talking a very large book. It has a real monumentality to it that is very, very impressive when you see it in person.

Where have these two texts been exhibited before? What about the other components of the Getty's Gothic collection? Will this be the first time much of this material has been on display in the recent past?

This will be the first [exhibit] for both of our new acquisitions. The German Apocalypse leaf has never been displayed before, so that's really exciting. It's actually related to a series of leaves that's in Nuremberg, in Germany, that come from the same book (the book itself doesn't exist anymore, only these individual leaves do); [until recently,] we knew that some of the leaves were missing, but nobody had any idea that this was out there. The Abbey Bible has been known for a very long time, but it's been in private hands -- and I believe it was only exhibited once previously, in London in 1962.