What being a graphic designer means

We are communicators, aesthetes, conceptual thinkers and craftsmen. Here's how to make it all work 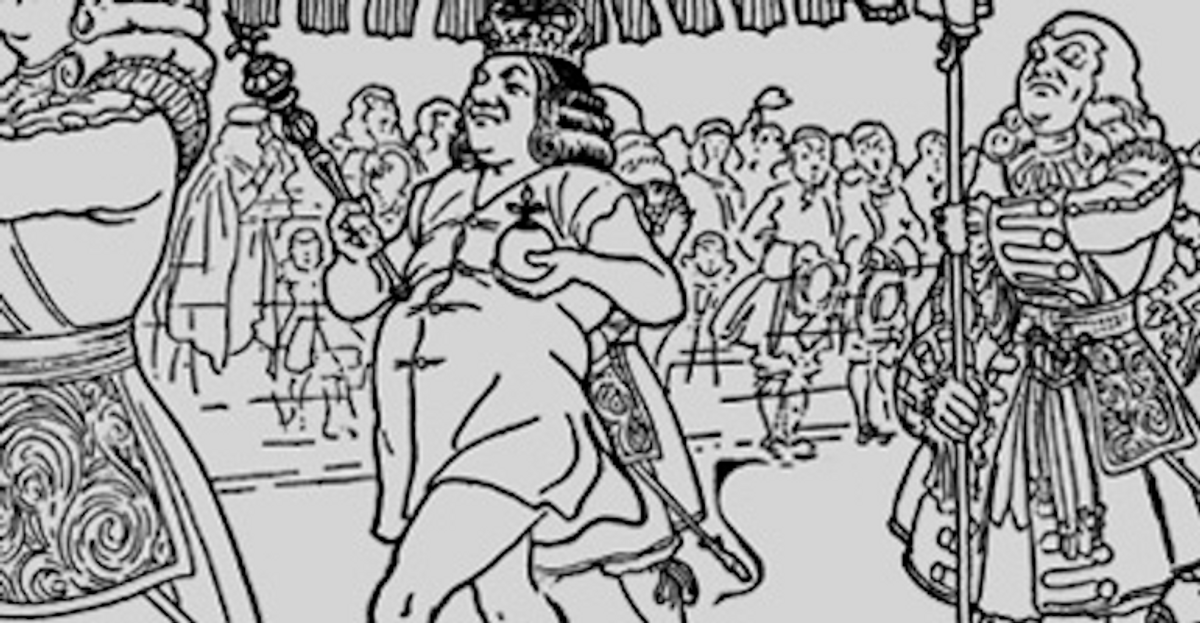 By day, I have the good fortune of spending time with young designers looking to hone their skills and gain insights into the craft and business of design -- I’m a teacher. In our program, we keep a fairly robust two-way conversation going with our students through a few electronic forums and every now and again, something pops up that’s worth sharing and this medium is ideal for this sort of dialogue. The below is one of the pieces that I sent to the students and a colleague recently mentioned that it has relevance beyond this discrete audience... I hope that’s the case.

Students:
You might be familiar with the quote “God is in the details.” In the lives of designers, nothing could be more true (other than: “Remember where you put the Xacto”). All professions have “buy-ins” and “table stakes” of their trade and while some might call them “details,” it’s what we’ve come to expect from ourselves -- and what others expect from us. Mastery of these is not only good for those at the top of the profession, but essential for every practitioner.

As we’ve discussed, graphic designers generally perform services on behalf of a client and are in service of an audience. So, looking at the role of the designer from the other side can yield some insights -- specifically as it relates to the idea of expectations or trust -- and weigh this against other professions.

Where does that leave the graphic designer? What does the world expect of us? What should we expect for ourselves? Well, for starters, remember that we are communicators. Added to that, we’re aesthetes. We are also conceptual thinkers. And, to top it off, we’re craftsmen. That’s certainly a tall order, which is one of the reasons we often tell students that graphic design is one of the most challenging courses of study in art school.

So...what does this mean?

As communicators we’re expected to be able to craft a compelling story. We need to understand our audience (so there’s a bit of psychology thrown in). We need to understand and master the narrative structure so we can engage and hold the attention of our audience -- and do this in a way that connects to both their hearts and their heads. Good storytellers have a command of ideas and concepts...metaphor and analogy…prose and poetry. Good storytellers run spell-check and proofread.

As aesthetes, we’re expected to turn a white sheet of paper or a blank screen into a work of art. We are expected to know the work and influence of Paula Scher and Paul Sahre (and difference between Paul Rand and Rand Paul), what the colors blue and pink mean in the life of Pablo Picasso, and the difference between camp and kitsch and how to use (or not use) each. We study history so we know what’s worked in the past and how to avoid the trappings of simply copying old ideas. Style is the life-blood of the aesthete and beauty is the byproduct. And that style exists in every facet of our lives, from the things we surround ourselves with to the things we create to surround other people ... from the magazines we read to the magazines we design. We’re wary of shopping or eating at places with “barn,” “factory” or “warehouse” in the name. If it can be said “you are what you eat,” for a graphic designer it’s “you are what you eat, breathe, swim around in, and happen to spit-out.” Everything matters. However, we’re also wary of hype, and remember the moral of the story "The Emperor’s New Clothes" -- just because someone says it’s wonderful and amazing, doesn’t really make it so.

[caption id="attachment_232300" align="aligncenter" width="460" caption="In the story The Emperor's New Clothes, the Emperor is convinced he has wonderful robes that only the most worthy can see when in fact, he was wearing nothing. Sounds a lot like over-hyped marketing to me."]

As conceptual-thinkers, we are expected to connect with the audiences mentioned above in new and innovative ways. In the late '90s, I went to see J. Mays -- head of auto-design at Ford -- present the newly designed Ford Thunderbird. He mentioned how the designers in the '50s looked to the newly invented jet airplane for inspiration for the original car. So, when the designers were re-envisioning the car for the new millennium, they looked to the 1950s Ford Thunderbird for inspiration... Wait…wait! Why not again to jet airplanes? Not old jets, but new ones. How cool would a car be if designed after the newest fighter jet? (The Lamborghini Revention (below) was inspired by the F-22 jet and is much much cooler in my opinion than the new Ford Thunderbird). Without bringing something new to the table, we’re destined to eat last week’s meatloaf over and over again with a different sauce on top or chopped up and thrown in with some pasta. Designers have to keep the world fresh with meaningful, new ideas that challenge the perceptions of the audience enough to make it interesting and worthwhile, yet temper this wild innovation with a bit of strategy. We’re always thinking, not just about the next new idea but often about how to get that new idea to the audience. One of the things I learned in the world of corporate design is that it’s not about doing good work -- all good designers can do good work -- it’s about getting good work approved and produced. We are looking at what could be designed and weighing this with what should be designed knowing that people crave freshness but are, ironically, naturally resistant to change. A good designer can walk that line. We approach everything with a delicate balance of wonderment, suspicion and respect.

[caption id="attachment_232301" align="aligncenter" width="460" caption="The Lamborghini Reventon was inspired by the F-22 jet and is much, much cooler in my opinion than the new Ford Thunderbird"]

As craftsmen, we don’t make mistakes. We have a command of the materials and resources used by the profession: paper, pencils, pixels, paste, posters, programs and pictures. Just as a carpenter knows the difference between maple and mahogany by the smell of the sawdust, we know the difference between Akzidenz-Grotesk and Helvetica just by looking at the numeral 2. We never leave a word hanging out on a line by itself, much less on the next page. All of our quote marks are “smart.” We never use a handwriting typeface, but instead write it and scan it in. We never do something that would be on par with our scrap-booking neighbor. We never try to “rez-up” a web jpeg for print use without running it through its paces -- and when it doesn’t work, we look for a new image... even if we have to take it ourselves. We never say, “well, that’s all I could find on the internet.” And we know that the word “window” isn’t always preceded by “browser,” and that some windows open to let in fresh air, sunlight, new inspiration, and a fly or two. We never settle for free fonts that end in “-o-rama” when there’s a more well-crafted one that’s more suitable for our use -- even if we have to pay for it. Heck, sometimes we create typefaces for ourselves when we can’t find one that’s working just right. We know the difference between a hyphen, an en-dash and an em-dash and use each correctly. We never double space after punctuation. We track each line of type and often -- if it’s still not working -- we change the font size, grid or even rewrite. We’re often more interested in the spaces between things than the things themselves. We do things over, simply because we don’t settle for “good enough.” We follow directions, but are wise enough to know the difference between the “letter” and “spirit” of the task before us -- and if we decide to break from the rules, we do it in a way that creates an end-product far better than anyone imagined possible, yet we’ll still be willing to go back and do it the way it was “s’posed” to be done (or do both in the first place).

So... Where does that leave us?

In studying Gestalt theory, we learn that “the whole is greater than the sum of its parts.” So even when the above checkboxes are ticked off, what sort of designer are you “as a whole”? Where do you want to be? Who do you think is most responsible for getting you there? (Hint: you are.) How can you begin to trust your instincts rather than relying on someone else to tell you what’s good? How can you look at your work and the work of others and learn something from each? What’s next?

It’s a challenging profession and it takes a lot to succeed -- but for many, it’s worth it.

Hunter Wimmer has more than a decade of experience in translating strategic business objectives into innovative, relevant visual solutions through his work for IDEO, Gap and Banana Republic. He is currently the Associate Director of Undergraduate and Graduate Graphic Design at the Academy of Art University in San Francisco. Hunter can be found blogging at Redneckmodern and Room 557.com.