"There was no reason to be good anymore"

I always knew I was queer. And when I learned what my church thought of people like me, I started making trouble 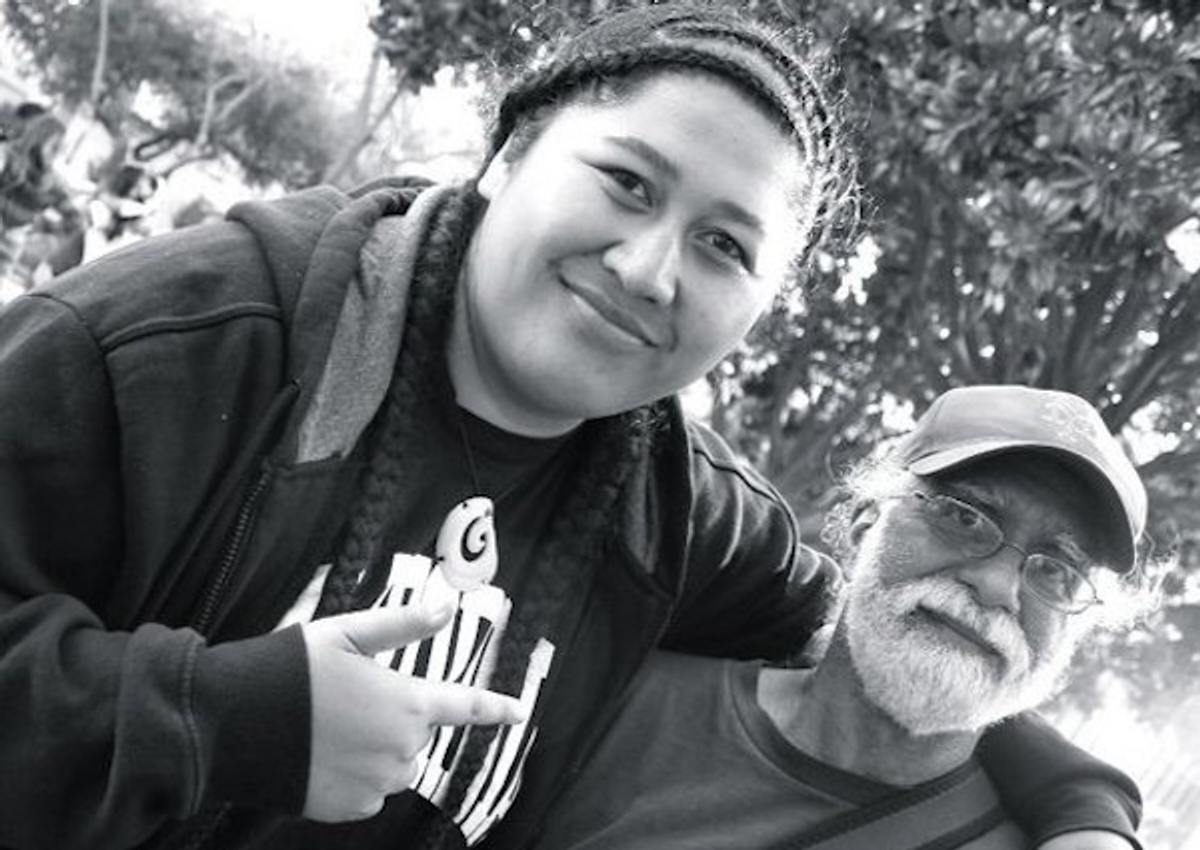 Inspired by the recently released film "Pariah," Salon teamed up with New America Media to run a series of coming out stories by minority and immigrant LGBT youth. This is the second installment.

I never told my parents or my family I was gay, never felt I had to “come out” to them. I knew by the way my parents raised me that they knew there was a possibility that their daughter, who was always mistaken as a little boy, could be queer. By the way they let me out of the house, unlike my older sisters. By never worrying that I might come home pregnant. By never asking me whom I'm dating. By my mother never saying anything when women said her little son was handsome. It was clear, but never spoken. In Samoa, where my family is from, masculinity can go hand in hand with being a woman. Men on the island are raised to cook and clean, activities that Americans would consider feminine. Samoans always had two-spirit people in our culture, meaning people who were in touch with both masculine and feminine spirits. In Samoa they use the terms "fafa'afine" (like a woman) and "fafa'atama" (like a man).

I am the first generation born in America. My parents immigrated from Western Samoa and are the only siblings in their family who live in the United States. This means that unlike most Samoan families I’ve met, we don't have a huge family to support each other. It also meant that my parents needed to find a community here. Like most families, they found that community in the church, and the church they chose was the Mormon Church. One day when I was 5 years old, someone handed me a youth pamphlet. On the cover were young white people with big smiles, dressed in white. I started flipping through it and reading the passages. There were two things I learned that moment that changed my life. One, I now had language, a word for what I always thought I was; and two, that I would not enter the kingdom of God.

For a child who grew up poor in America with immigrant parents, this pretty much translated to me that my life would be even harder. It also meant that there was no reason for me to be good anymore.

After that, I became one of those kids of the neighborhood who was always up to no good. At 7, I started jacking cars, and at 10, I started robbing units in our complex. At 11, I got caught for my first felony, a burglary of a home. I soon found myself in high school with illegal hustles. I ended up in jail two weeks before I got my high school diploma.

In jail, during my booking, the officer asked me what my sexual orientation was. Even though it’s illegal for them to ask, I answered anyway -- with a lie. I told him I was straight, and then sat in the holding cell thinking about what the officer had taken from me. How could I be so brave to put my life at risk from all the bad choices I've made and not be brave enough to be honest with myself? Moments like that made me think about myself, and in jail I could do a lot of that. Thinking, talking, writing and reading.

Reading a Mormon pamphlet in church had changed my life for the worse. But there were things I read in jail that changed my life in a positive way. The quote I always hold with me comes from Pat Parker's “Movement in Black,” which I picked up for the first time in a jail cell:

"If I could take all my parts with me when I go somewhere, and not have to say to one of them, ‘No, you stay home tonight, you won’t be welcome,’ because I’m going to an all-white party where I can be gay, but not Black. Or I’m going to a Black poetry reading, and half the poets are anti-homosexual, or thousands of situations where something of what I am cannot come with me. The day all the different parts of me can come along, we would have what I would call a revolution."

I knew when people made me feel bad for being brown, for being poor, for having parents who didn't speak English, that life was going to be hard. Queerness was just another struggle.

Coming out was always like coming home to myself, and at 26, I'm grateful to finally feel at home and I applaud those who are still fighting to find their way home.

Jean Melesaine is the Associate Editor and a community organizer for Silicon Valley De-Bug, a media, community organizing and entrepreneurial collective based out of San Jose, California. She also is an artist/organizer with One Love Oceania, a Queer Pacific Islander Art/Activist Collective.