The Rick Santorum surge is here 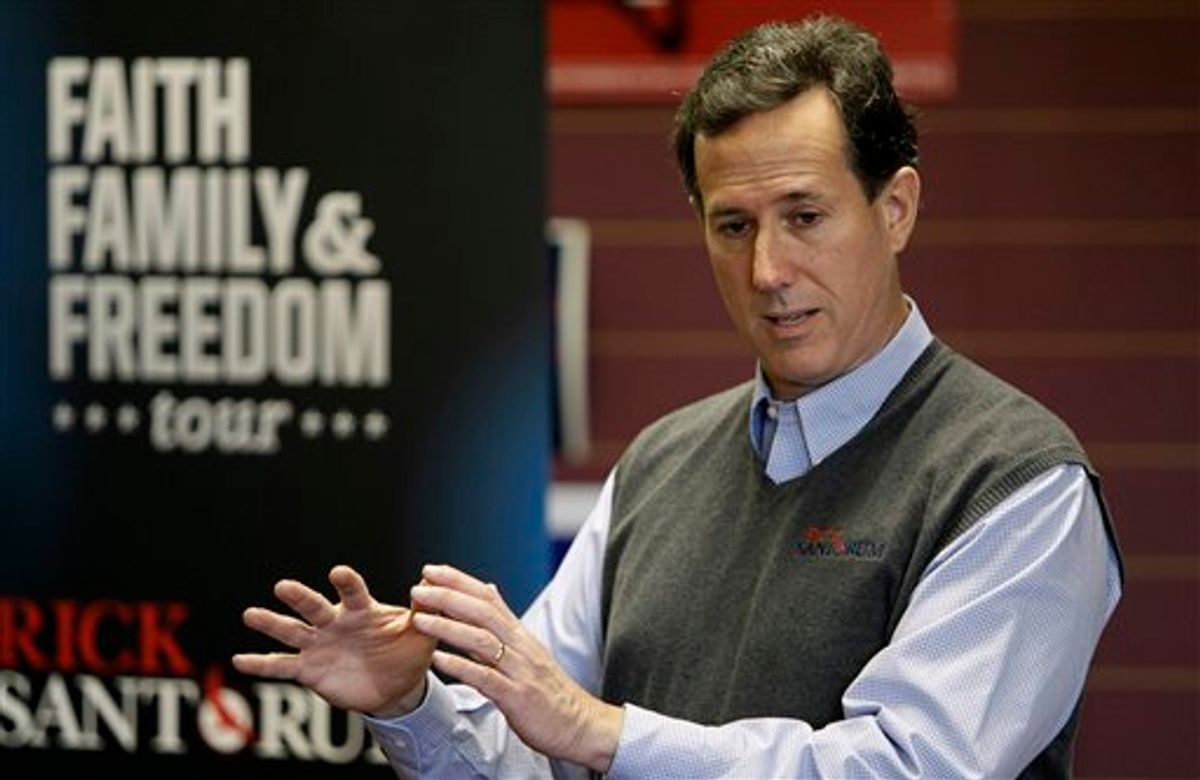 Two new Iowa polls have been released in the past 24 hours, and both show Rick Santorum -- who for almost all of 2011 had been the only Republican candidate never to experience a meaningful surge in any poll -- moving into double digits.

The new CNN/Time numbers, which came out late Wednesday afternoon, are the most dramatic, with Santorum claiming third place with 16 percent, more than triple his total from the last CNN/Time poll three weeks ago. That puts him just 9 points behind Mitt Romney and 6 in back of Ron Paul -- and suggests that religious conservatives in Iowa could be rallying around Santorum in the home stretch.

The other new survey, from Public Policy Polling, has Santorum at 10 percent, essentially tied for fourth place with Michele Bachmann (11 percent) and Rick Perry (10 percent). Like Santorum, Perry and Bachmann are playing hard for the evangelical vote, which accounted for 60 percent of the Iowa GOP caucus electorate in ’08. The key question for Santorum is whether he can break away from Perry and Bachmann between now and next Tuesday and emerge as the consensus choice of the Christian right -- or if all three of them will end up bunched together, far behind Romney and Paul.

Still, this makes three polls in the last week that have Santorum reaching double digits in Iowa. He now figures to enjoy a level of media attention that's eluded him all year, making it possible that his numbers will grow further in the next few days. In other words, he may be peaking at just the right time.