He once told voters he'd become pro-choice after a relative died from an illegal abortion. What flipped him back? 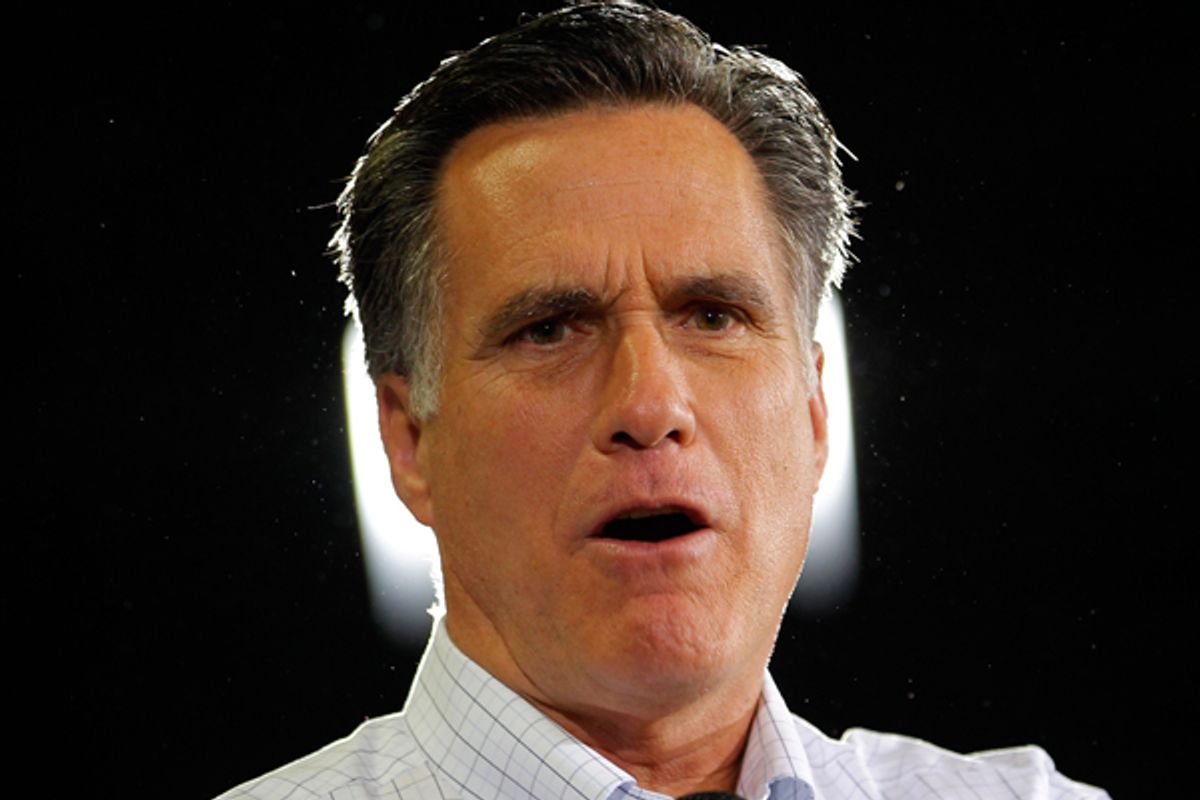 When writing my piece on the GOP's increasing extremism on abortion, I mentioned that Mitt Romney stands out for refusing to endorse (so far) strict personhood legislation that would say life begins when an egg is fertilized (he's come out for personhood legislation that says life begins at conception). But I shared my puzzlement at Romney's flip-flops on the abortion issue: When running against Sen. Ted Kennedy in 1994, he used to tell Massachusetts voters that he'd flipped from pro-life to pro-choice after a young relative died from a botched illegal abortion. Why, then, would Romney flip back?

After I finished my post, I went back to read Justin Elliott's great story on Ann Keenan, the young Romney relative who died as a result of that illegal abortion, and I found myself amazed the story hadn't gotten more traction. Maybe it's because it ran in August 2011, before the campaign had really heated up and while many people are on vacation. (The Romney campaign refused to comment on the story.) Obviously the right-wing voters who dominate the GOP primary campaign are most interested in the question of how Romney could ever support abortion rights. But I don't know why he's not being asked more frequently how he could turn against choice after a heart-rending family tragedy like Ann Keenan's. He should have to answer this question as the campaign progresses.

She was the sister of Romney’s brother-in-law and died at the age of 21 in 1963, a full decade before Roe v. Wade. While much of what happened remains murky, an investigation by Salon has uncovered never-reported details about her life and death, including: how she died (an infection); that her grief-stricken parents asked for memorial donations to be made to Planned Parenthood; and that the family apparently wanted to keep the death quiet because Romney’s politically ambitious father, George, was then governor of Michigan.

The story came out because the Kennedy campaign regularly needled Romney about being "multiple choice" rather than strongly pro-choice. Romney shot back in a debate:

On the idea of "multiple choice," I have to respond. I have my own beliefs, and those beliefs are very dear to me. One of them is that I do not impose my beliefs on other people. Many, many years ago, I had a dear, close family relative that was very close to me who passed away from an illegal abortion. It is since that time that my mother and my family have been committed to the belief that we can believe as we want, but we will not force our beliefs on others on that matter. And you will not see me wavering on that.

But alas, as we know, Romney did waver. In 2005, already eyeing a GOP presidential run, he took to the Boston Globe to announce that he was changing his position and was now antiabortion. He didn't say anything about Ann Keenan. Even worse, today Romney supports Tea Party-inspired measures to cut funding for Planned Parenthood – the charity his family urged mourners to support after Ann Keenan's death.

It's one thing to hold fast to religious opposition to abortion. I disagree, but I have people in my family who feel that way. It's an entirely different thing to use a family tragedy to make a big political issue out of your pro-choice conversion – and then never mention that tragedy when you convert back.

I don't really expect GOP primary voters to ask Romney about Ann Keenan. But as the GOP front-runner, he should be forced to explain why her death no longer troubled his conscience once he'd decided to run for president.