Books with terrific conclusions are hard to find, but they\'re even harder to talk about 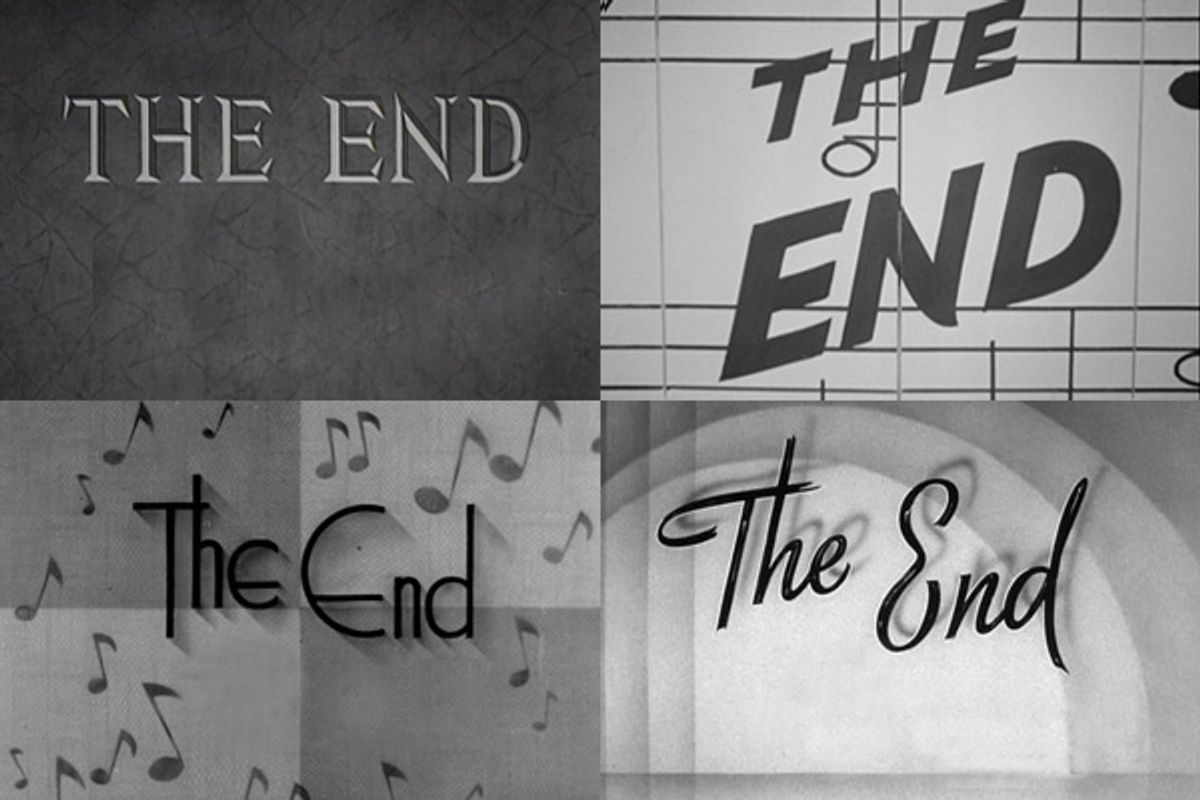 The endings of novels are, in their own way, as crucial as the endings of years, but they are much less discussed. Any bibliophile can rattle off at least a handful of famous first lines ("It was the best of times, it was the worst of times...;" "It is a truth universally acknowledged...; " "It was a bright cold day in April, and the clocks were striking thirteen," and so on), but ask someone to quote a memorable closer and chances are all they can come up with is F. Scott Fitzgerald's "So we beat on, boats against the current, borne back ceaselessly into the past" (from "The Great Gatsby") or James Joyce's rhapsodic "...and yes I said yes I will Yes."

The trick of a good ending, of course, is that it must capture and equal everything that has gone before. The line "He loved Big Brother" (from a novel that ends as masterfully as it begins) means very little until you understand exactly who Big Brother is. A first line or opening scene need only arrest a reader's attention and stoke her curiosity; a final scene or paragraph is expected to provide that sensation so rare in real life: completion. The better the book, the more nuanced and persuasive, the more difficult this is. We want a novel to swell with a sense of limitless possibility at the start and in the middle, but we also want it to zero in to a point of inevitability as it ends.

For this reason, last lines, like first ones, often suffer from a bad case of Trying Too Hard. Any writer can swoop up from the particularities of character or story to assert a magisterial generality and come across as terribly grand. If you like the 100,000 words that come before it, this tactic sorta works. Yet so many endings sound a note of profundity without actually being profound. (I confess that, lovely as Fitzgerald's famous last sentence is, it doesn't strike me as any truer than his equally famous remark about there being no second acts in American life.)

Better the last line or final scene that's more modest in its language yet still packs a wallop; the success of such endings, when they succeed, is fully earned. Take the closing of "The Marriage Plot," by Jeffrey Eugenides, one of my favorite novels of 2011. The last word, in a witty riposte to "Ulysses" (for this is a book that's partly about other books), is "Yes," but it has a very different import. Alas, only those of you who have already read the novel will understand what I mean.

The main drawback to swapping notes about favorite endings is the spoiler problem. The last line of Sarah Waters' sublime 2009 ghost story "The Little Stranger" is like a key that unlocks the entire narrative, but I can't tell you why in case you haven't yet read it. Earlier this year, researchers demonstrated that readers enjoyed stories more when they knew in advance how they would end, but the belief persists that an untimely revelation of plot points will ruin the experience.

Even if we set such objections aside, when you wish to make the case for a particular ending, you still have to summarize the novel for whoever hasn't already read it, and what summary is ever as good as the book itself? An exception, which can be related without giving much away, is the ironic last scene from Matthew Kneale's excellent historical novel, "English Passengers," a book, published in 2000, that captures the absurd hubris and brutal practice of colonialism in Tasmania. One of the supporting characters is a British scientist intent on proving the inferiority of nonwhite races by examining their skulls. By the novel's last page, he is dead, and via a series of mix-ups, his own bones are displayed in an exhibition in a London museum, marked "Unknown male, presumed Tasmanian aborigine, possible victim of human sacrifice." Yes, it's essentially a joke, but one that distills the self-delusion of racialism in a single placard, and one that's perfectly in tune with the novel behind it.

What are your favorite fictional endings, Salon readers? Share them in the comments thread below.

Salon's review of "The Marriage Plot" by Jeffrey Eugenides

Salon's review of "The Little Stranger" by Sarah Waters