The real problem in Iowa

The issue isn\'t the indecisiveness of the caucus voters. It\'s the terrible GOP field 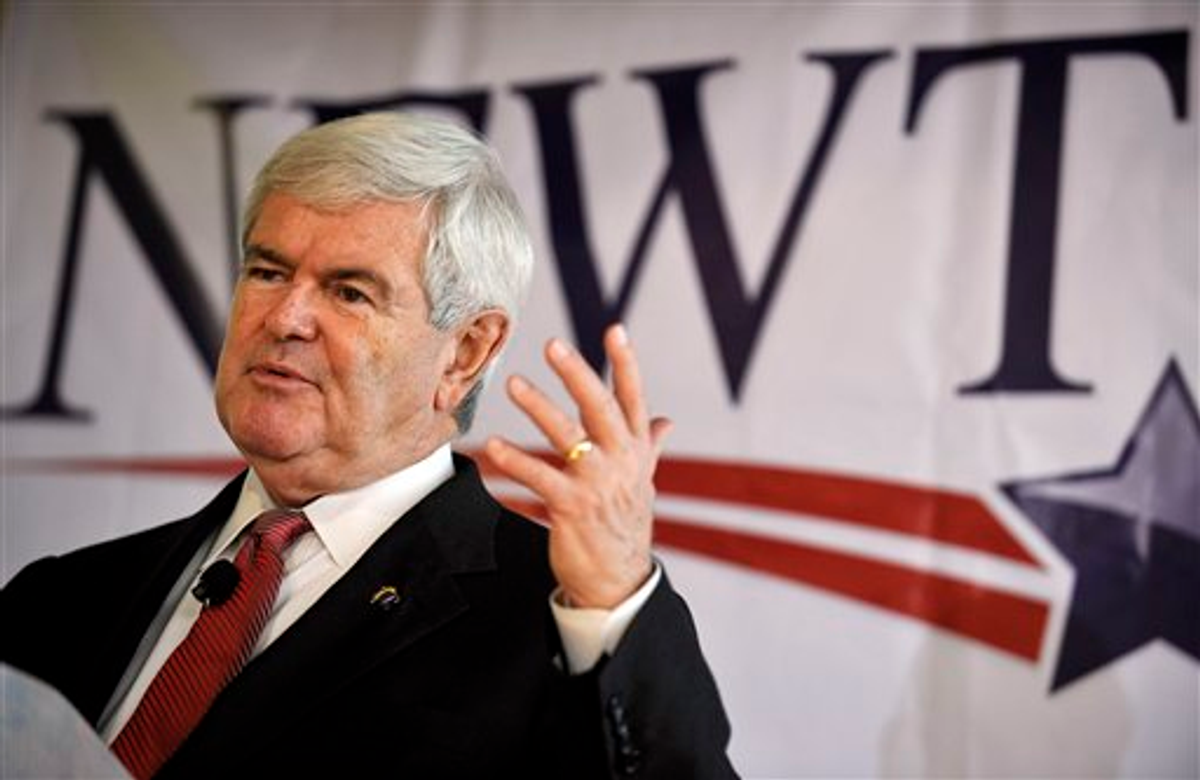 Pardon me if I fail to join the crowd handicapping next week’s Iowa GOP caucuses like race track touts peddling betting tips on the Kentucky Derby.

To begin with, I have no clue. Except on the sports page, I normally skip articles speculating about what might happen tomorrow. Damned if I’m going to start writing them.

Also, who cares? History teaches that Iowa Republicans have a particularly poor record of supporting the eventual presidential winner. In six contested GOP primaries dating back to 1976, Iowans have gotten it right exactly once. They chose George W. Bush in 2000 -- definitely nothing to brag about.

In essence, the Iowa caucuses amount to a marketing device for cable TV news channels; it’s “American Idol” for the politically obsessed. Their secondary function is to introduce cosmopolitan news correspondents to the homespun wisdom of Real Americans in places like Ankeny, Iowa, a Des Moines suburb where John Deere tractors are manufactured.

A Washington Post reporter found a grandmother there he thought epitomized Iowa voters’ inability to make up their minds. First, she liked Texas Gov. Rick Perry on account of his advertised piety. Then she watched Perry’s hilarious impersonation of a stoned cowboy during the umpty-seven GOP debates, and switched to The Girl With the Faraway Eyes, as Esquire’s Charles Pierce calls her, also due to her religiosity.

Alas, Michele Bachmann “has kind of an annoying voice,” so grandma changed to Newt for a few days before seeing a TV report of U.S. troops pulling out of Iraq, taking no casualties as they went. God, she believed, had protected them in spite of gay marriage, abortion, consumerism and greed. And if God hadn’t given up on America, how could she? So she dropped “the smart one” (Newt) in favor of the holiest candidate of all.

“It was just this big epiphany,” she said. “We’ve got to vote for Santorum! That’s all there is to it.”

If Santorum’s lucky, his newest supporter won’t learn that he has bitterly criticized President Obama on the grounds that very far from following God’s plan, by leaving Iraq the U.S. has “lost the war.” He’s also keen on attacking Iran, a nearby country several times larger than Iraq.

Anyway, who knows? Maybe the nice lady in Ankeny -- whose vote counts every bit as much as yours, mine and Lady Gaga’s -- would be down with that, although in my experience it’s the rare grandmother who’s enthused about preemptive bombing strikes.

Besides, what’s alarming about the GOP contest isn’t the indecisiveness or poor reasoning processes of Iowa voters. It’s the dismal quality of the choices they’re offered. Is this the best that one of America’s two major political parties can do? You’ve got to wonder what would happen if they put “None of the Above” on the ballot.

With the possible exception of Mitt Romney, there’s not one among them you’d hire to run a WalMart -- a difficult job requiring mastery of a million details and an ability to manage people. Of course, if you did hire Romney, you might wake up to find he’d fired all the employees, spun off the grocery operation, and sold the building to Dollar General for a fraction of its value and a player to be named later.

Even the former Massachusetts governor appears only intermittently in touch with the visible world. Recently he described himself as an advocate of “the opportunity society” and his putative opponent as follows: “President Obama believes that government should create equal outcomes. In an entitlement society, everyone receives the same or similar rewards, regardless of education, effort and willingness to take risk. That which is earned by some is redistributed to the others. And the only people who truly enjoy any real rewards are those who do the redistributing -- the government.”

In short, Obama’s a communist. And the evidence for this preposterous claim? Certainly nothing the president has ever said or done. Obama favors a return to Clinton-era tax rates, a time of balanced budgets and growing prosperity. A multimillionaire like Romney would find his marginal tax rate on income over $1 million had risen from 35 to 39.6 percent. I believe he can afford it. True, Obama’s healthcare reform is mildly redistributive, but then so is Romney’s Massachusetts insurance plan it so closely resembles.

For that matter, Social Security’s mildly progressive too. But then candidate Romney wants to privatize that. And, oh yeah, bomb Iran. Or he pretends to believe these things, anyway, and none too convincingly. Hence, the confusion we observe.

The GOP’s larger problem is that following upon the 2008 financial crisis, Barack Obama’s election stunned and frightened a significant fraction of the GOP base. Psychologists call it “projection,” the habit of attributing one’s own darkest motives and fears to others. Rather than govern, Republican leaders went with it.

This dreadful spectacle is exactly what they deserve.