Two decades after "My So-Called Life," Danes inspires again, this time as a determined, if messy, spy on "Homeland" 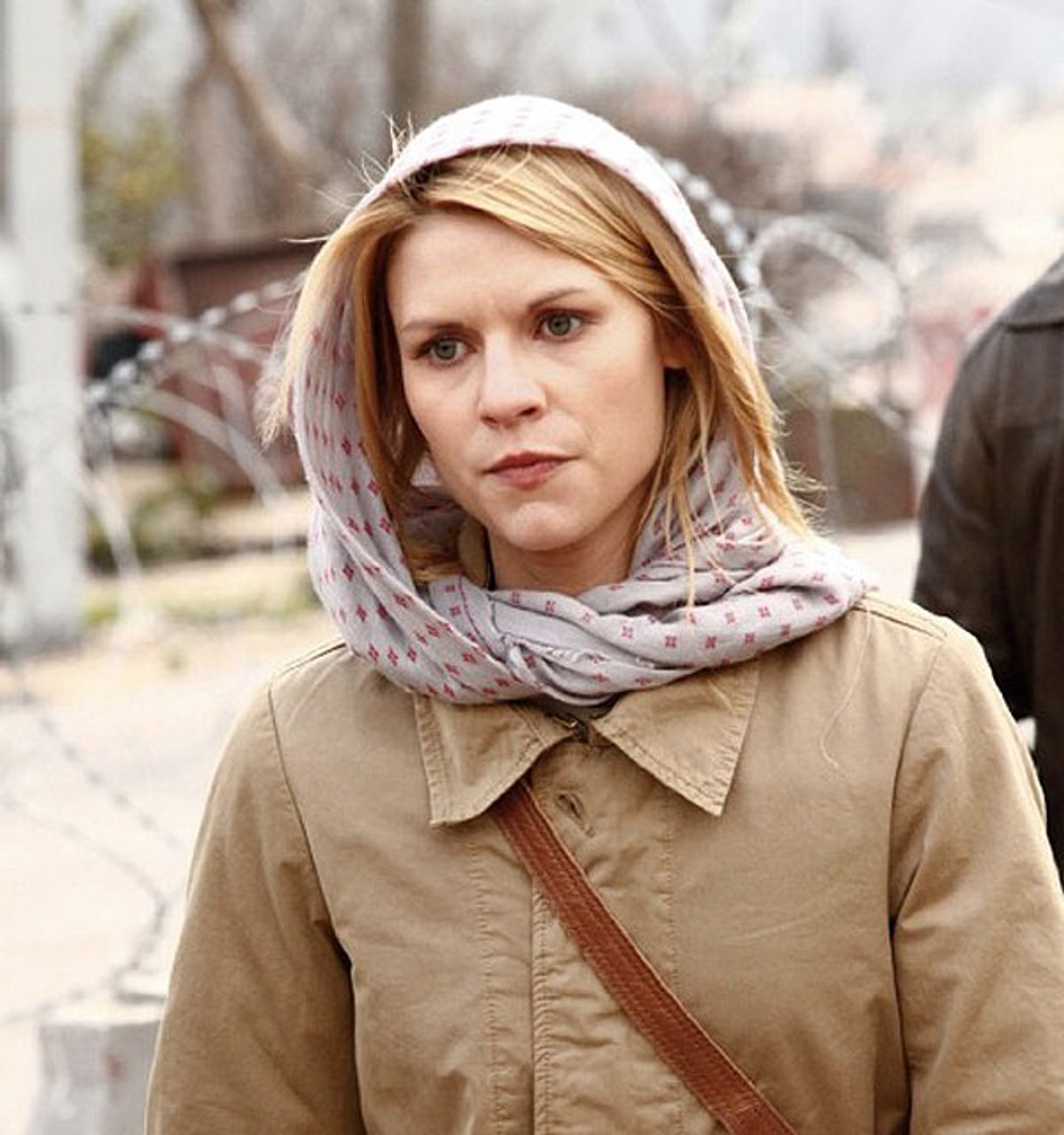 Back in 1994, when my female and gay-male friends longed to gaze into the beautiful, vacant eyes of Jared Leto’s TV alter-ego, Jordan Catalano, from the short-lived ABC series "My So-Called Life," my 23-year-old self was admittedly crushed out on its star, Claire Danes. OK, maybe “crushed out” is not the right word (though not untrue) — I was awestruck by 15-year-old Danes’ portrait of Angela Chase, a gawkily pretty sophomore eager to strike out on her own, or at least wedge some distance from her overbearing parents and swap her smart, nerdy childhood friends for an edgier crew. Maybe it wasn’t a stretch for this intelligent adolescent to depict another. But it was no less bold to play her angsty doppelgänger so faithfully, with such honesty and rawness — her lip quivering, her voice teetering on the edge of whine, her tear-swollen eyes twittering, searching for Jordan and then cowering, avoiding direct eye contact. She let Angela be irritating, sometimes infuriating, because, well, the character’s 15. But even at that young age, Danes had the instincts to do the near impossible: elicit a viewer’s sympathy for an unsympathetic character. She rendered Angela so vivid, so familiar — but not familiar like you’d seen this person on TV before, because you hadn’t — that you’d cringe, laugh, cry and cringe some more because you either personally identified with the kid, and were mortified by watching a chapter of your life unfold before your eyes, or you identified her as someone you knew.

So I am ecstatic that 17 years later, after an illustrious career on the big screen and onstage, Danes has returned to series television to portray someone even more challenging: Carrie Mathison, a bipolar CIA agent gone rogue, on Showtime’s "Homeland." Not since Helen Mirren’s detective, Jane Tennison — an alcoholic with a messy romantic life — from the BBC’s "Prime Suspect," has a female protagonist asked us to suspend our judgment for the greater good. Here are smart, resilient women amid a sea of testosterone, ballsier, so to speak, than any of their male colleagues because they have to be, to be heard, to barrel through bureaucracy and egos and sociopathy. But Tennison’s occasional missteps both at home and at work, while frustrating to behold, were forgivable, because she’d secured viewers' unwavering loyalty from the moment we met her. Carrie is a tougher sell.

During a mission to Afghanistan, Carrie learns that a returning U.S. Marine officer — a POW long considered dead — has been turned by al-Qaida. No one can corroborate her evidence — her informant has been killed — so it’s up to her, and only her, to prove to the CIA that America’s new hero, Nicholas Brody (Damian Lewis) is a sleeper cell. As her boss David Estes (David Harewood) says, “There is no bridge [she] won’t burn, no earth [she] won’t scorch” in her pursuit. It’s true. Carrie is single-mindedly focused on her mission — to unmask Brody and stop him from destroying the country — and she will make an enemy of anyone who stands in her way, sometimes, unwittingly, at the risk of national security. She’s a trees, not forest, kind of gal.

Estes proves to be an enemy. He’s a disbeliever, mostly out of spite (and, as it is later revealed, career-driven motivation, in bed with the crooked Dubya-like vice president) — he had an affair, years earlier, with Carrie that led to the breakup of his marriage and the breaking of his heart. But in her rogue mission, she betrays her one ally, her former boss, Saul (Mandy Patinkin), when she sets up a clandestine surveillance operation in Brody’s home and then attempts to placate her mentor with a seduction (they, too, had a brief fling years earlier). While watching Brody through the surveillance cameras, she becomes obsessed with her subject and starts pursuing him in the flesh. Not only does she end up sleeping with the enemy; she falls in love with him, too. It’s hard to say which is worst of all, but this might qualify: None of her colleagues, not even Saul, knows she’s manic-depressive — the disclosure would cost her her security clearance, her credibility, her job. Too bad — she’s in it now. Integrity, schmintegrity: Her instincts, her ability to connect the dots in this splattery-smudgy-redaction-filled constellation, are better than anyone else’s. Too bad no one will hear her — her bipolarity reveals itself after she survives a bombing but endures a complete breakdown in the aftermath, rendering her a Cassandra. The events she is trying to warn everyone about, the connections she’s been drawing between Brody and al-Qaida, fall on ears deafened against the temporarily insane.

Patinkin’s Saul is easier to like; he’s a patient papa, forever exasperated with Carrie, but he goes to the mat for her and her insights time and again. Why? Because he knows she’s right. Because she is bold enough to continually put herself on the line. And so too is Danes — she will not choose to win your heart the easy way. Now more than ever, with those big, wise doe eyes, she has imbued a difficult character with complexity and intelligence and a touch of the crazy, and gets you to love her in spite of yourself.