The Democratic party's rules push protesters to the Texas congressman 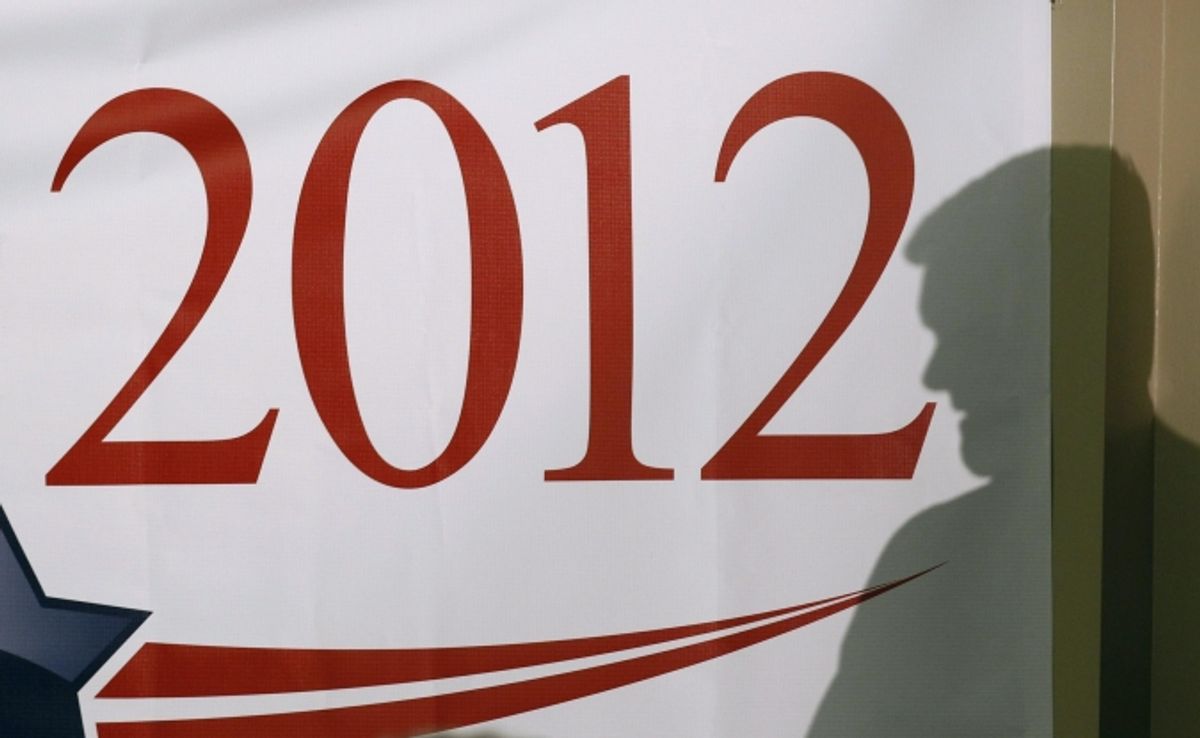 The shadow of dissent at the Iowa caucuses (aljazeera.net)
--

Long before people started talking about Occupy the Caucus, Jeff Cox, an Iowa City resident, professor of history at the University of Iowa and former Democratic Party county chairman, was planning to do just that.

“Since last January we’ve been working on an Iowa Healthcare Not Welfare Caucus Campaign,” Cox said in an interview. “Our goal has been to sign people up to go to the Democratic caucuses as uncommitted delegates that are pushing to get our troops out of Afghanistan within 12 months of Obama’s reelection and for Medicare for all during his second term.”

Cox’s organization, which is an all-volunteer effort that took its name from a similar but non-affiliated Progressive Democrats of America initiative, has operated primarily within the confines of Johnson County – one of the most liberal pockets of the Hawkeye State.

Then there's the Occupy Iowa Caucus movement hopes more than anything else to express overall dissatisfaction with all the candidates now running for President. They've gotten themselves arrested in recent days at Ron Paul headquarters and the Iowa Democratic party headquarters.

Confusing enough for rank-and-file voters, the local Occupy organizers have also orchestrated a complimentary movement with a virtually identical name, Occupy Iowa Caucuses, which has been holding its own “People’s Caucus” in advance of the traditional Jan. 3 contests. Former Iowa Democratic Rep. Ed Fallon, who has long urged all Iowans to participate in the GOP caucuses and “support one of the candidates that is not crazy,” helped organize the counter-caucus events “to say we are not happy with the way the candidates have been ignoring the concerns raised by the Occupy movement.” Salon reported over the weekend that when more than 100 progressive occupiers caucused last week to pick their candidate of "dispreference,"  the largest number, 30, picked  Obama.

And then there's the Occupy Wall Street supporters who want to vote for Ron Paul.

Whether all these different modes of dissent will add up to a message from Occupy Wall Street on caucus night seems impossible to predict.

Jeff Cox points out that the rules of the caucuses will make it difficult for "uncommitted" delegates to win a spot on the state's delegation to the Democratic National Convention in Raleigh, North Carolina in July. A formula long employed by the Iowa Democratic Party requires delegates to win 15 percent of the vote at their caucus in order to be considered “viable” and win a trip to the county convention.. At the county level, the 15 % threshold must be reached again for an uncommitted delegate to travel to to the national convention.

What's more, Cox complains, the state party has changed certain rules "so that the Democratic caucuses are taking on a campaign rally feel."

A video message President Obama that will be shown at each of the caucus locations, he says. The Iowa Democratic Party has also plans to make two announcements for the national media on Tuesday night. The first, consisting mostly of attendance numbers, will be released at roughly the same time Iowa Republicans release the results of their presidential preference poll. Several hours later, Iowa Democrats plan to release their delegate totals, which are figures that have historically been touted by the party.

“The Democratic Party has never reported attendance," Cox notes. "They’ve always reported delegate results." The change, he says, "is intended to imply that all the Iowans who attend the Democratic caucuses are in support of President Obama and…. to minimize any uncommitted delegates."

Cox also objects to the Iowa Democrats' plans have to consolidate the locations of the caucuses. “Fifty-seven precincts in Iowa City are now going to have eight locations," he said. "In some counties, I’m told, there is only going to be one caucus location." The change, he said, will discourage efforts to talk about the war and health care.

Cox reports that the logistical difficulties of getting heard at the Democratic caucuses has led dozens of Cox's initial recruits to pursue a different strategy via the Republican caucuses.

“Their theory is that by going to the Republican caucuses they can cast a vote for Ron Paul because he is against the war and that will essentially be a vote against Obama’s war policy,” Cox said. He said he will not be cross over on caucus night but he sympathizes with those who do. “They believe this is a way to keep the anti-war message alive following the Iowa caucuses and, to be honest, I was hard pressed to find an argument against them.”

Norm Sterzenbach, executive director of the Iowa Democratic Party, continued to encourage all Democrats to remain a part of the party's process.

“We encourage Democrats to come and participate on our side, the Democratic side, where their voice will be heard,” Sterzenbach said. “They will have an opportunity to share their thoughts with the Democratic Party, both through the caucus and platform process. We would not encourage any Democrats to switch over and participate on the Republican side, whether for Ron Paul or for anyone else."

If Sterzenbach's comments are any indicator, the Democratic party is more worried about the appeal of Paul's message to potential Obama supporters than the specter of convention delegates not committed to Obama. If the Occupy Wall Street movement sends a message this week, it may be via the libertarian Congressman from Texas.

Lynda Waddington, a journalist in Cedar Rapids Iowa, is founder of the Essential Estrogen blog.