Bachmann unclear on what a "Gotcha!" question is 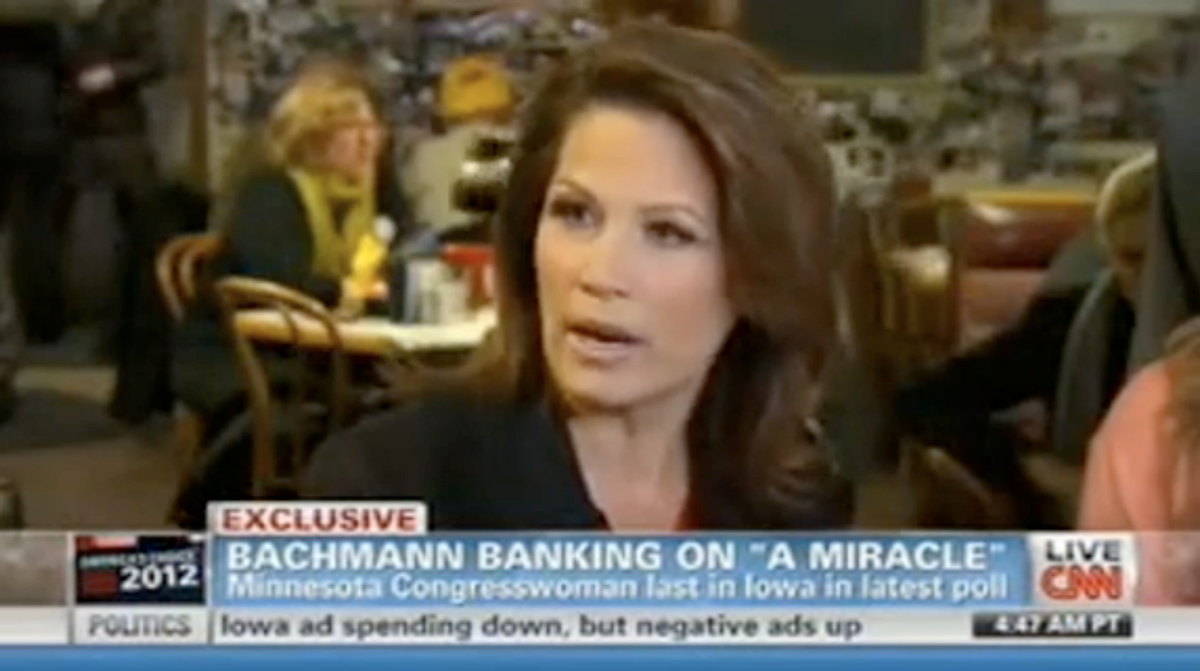 The national spotlight can at times be difficult for someone like Rep. Michele Bachmann to deal with. The Minnesota congresswoman prides herself on being a true social conservative -- one who has stuck to her guns over the years, regardless of politics. When the media subsequently digs up impolitic remarks from years past, it can be hard to deal with.

Case in point: During an interview with CNN's Soledad O'Brien this morning, Bachmann was once again confronted with an unsavory comment out of her past, and proceeded to get a bit testy:

O'BRIEN: You said, at the Educators Conference in 2004: "Gays live a very sad life," and that "it’s part of Satan." And that’s quote. You’ve taken a lot of flak for that. Do you pull back on any of that?

BACHMANN: You know, it's just a bizarre thing to bring up today. Today is the election and what people recognize, the most important issue that people will be looking at is, "Who is the best person to deal with the economy?"

Bachmann went on to call O'Brien's query a "Gotcha question, coming way out of the past" -- but then went on to say, "I'm very consistent. People know they can count on me. I won't be shifting my positions over the years." So...?