Kathleen Edwards: This will be called my divorce album

In a Salon exclusive, the singer discusses her brave new CD -- and her new relationship with a Bon Iver heartthrob 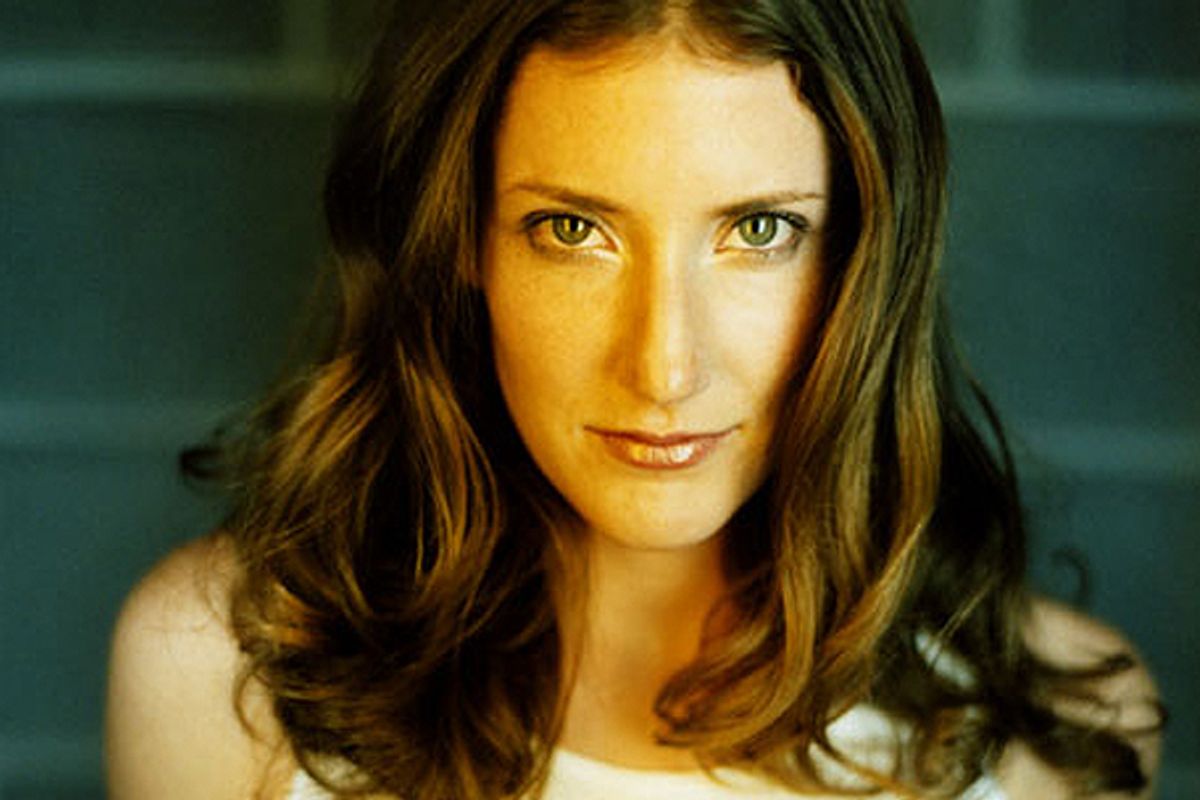 Kathleen Edwards’ forthcoming full-length "Voyageur" sounds much different from her previous albums. In fact, it’s a conscious progression beyond the dusty Americana that first brought her notoriety 10 years ago. Co-produced by Justin Vernon of Bon Iver (who also happens to be Edwards’ boyfriend and one of Salon's sexiest men) — and featuring cameos by Norah Jones, Francis and the Lights and Peter Wolf Crier’s Brian Moen, among others — "Voyageur" falls somewhere between twinkling indie pop, roughshod rock and refined twang. It's in stores on Jan. 17.

Echoes of Suzanne Vega’s bittersweet pop (“Empty Threat”), Victoria Williams’ quaint folk (“Chameleon/Comedian”) and Neko Case’s haunted antiquity (“Change the Sheets”) abound; however, "Voyageur" makes room for everything from lovely acoustic laments (the wrenching break-up sketch “House Full of Empty Rooms”) and fizzy power-pop (“Sidecar,” a dizzying ode to new love) to organ-burnished AM Gold (the seven-minute “For the Record”) and piano-driven solemnity (“A Soft Place to Land”). Most important, Edwards’ music has plenty of open space to breathe, which magnifies the small, biting truths of her observational lyrics. It's her first album since 2008's "Asking for Flowers," and during that time, Edwards' marriage to longtime collaborator Colin Cripps busted up. Now Vernon is helping her launch a new musical beginning as well.

In mid-December, Edwards chatted about "Voyageur" and her music evolution while staying at her parents’ tranquil farmhouse about four hours from Toronto.

You’ve had a busy year, so your relaxation is justified.

I came up here during the summer, after I‘d finished recording my record, and Justin was out on tour. It was really weird — as soon as the record was finished, and after working so closely with Justin and [after] everything stopped in my life a little bit, I kind of didn’t know what to do with myself. I went through a post-album and a post-content-of-album few months of really processing some pretty sad [things]. Maybe I had my midlife crisis this year, I don’t know. [Laughs.] I came up here and tried to find some good peace.

That’s interesting you had this time of processing after the record was done. Conventional wisdom would be that most people would do so as they’re creating and making. Why after the record?

I think because I was so focused on the quality of the record and making it where I had set out to make [it]. There’s a lot of logistical things in the record, like jumping from Toronto to Wisconsin [where Vernon lives] almost every two weeks. I was going back and forth a lot. I was really focused on the logistics of the players and booking studio time. And then just being really focused on delivering the music the way I wanted to. It did consume a lot of my time.

I think [it happened] after partly, too, because it was two or three years of my life wrapped up in this project. You spend so much time processing and living it, and for it to be over … And [the record] was done in May, and I spent six months with no one hearing my record and no one hearing what my whole life had been about for all these years. Not in a way where I don’t have anything else, or I’m so narcissistic I think my whole life revolves around the music I make. It was more because the content was pretty significant in terms of just a pretty big thing happening in my life. Once it was over, I felt really vulnerable. I felt like, “Wow, I wrote the history of my feelings and my emotions, and I put them down on record.” It was this weird, nebulous place where I actually felt really sad and alone for quite a few months. It’s weird — you feel vulnerable because you’ve put all of your truth and all of your fears and all of your resentments and everything into songs, and you send them out into the world. Whereas I think a lot of people get to deal with that stuff more privately.

Listening to the record’s lyrics, it veers from happy and jubilant to introspective, dark, searing breakup stuff. I imagine that would be exhausting to do, just veering back and forth like that.

And I think, too, other than that part, a lot of my focus was on the musical element being a step in a different direction. I was really concentrating on making sure I achieved that. Sometimes I had written these songs, over the course of a few years, in these really up-and-down times. And then I went and recorded [the album], and while I was recording it, I was thinking very consistently, “OK, I really want this to sound different than anything I’ve done before. How do I achieve that today?” Maybe the content — or the acknowledgment of what these songs are really about — kind of took a back seat for a little while for me. When it was done, I just went, “Holy shit. I feel very sad.”

Longtime fans will notice it’s very, very different musically. What made you decide to go in this different direction?

Part of it was that I really wanted to accomplish this thing where… I feel like a lot of my previous records didn’t necessarily best exemplify all of the influences I have and all the music I really feel lives inside of me. I’m a huge fan of a lot of different genres of music, and I really felt like somehow I had been pigeonholed a little bit — maybe of my own doing — and in a way where I felt like I was sort of falsely defined. What my music was being called wasn’t really the music I was always listening to. And I just really wanted to have different sounds accompany my record and [have it] still make sense — I really wanted to achieve that.

[My musical tastes encompass] everything from loving the Bell Orchestre and other classical compositions to loving the White Stripes and loving Annie Lennox. It’s not like you want to suck all their ideas and put it into your music. But I sort of felt like maybe I’d just not focused enough on the musicality of some of my records, in a way. I was being categorized as some kind of twangy songwriter. And that’s just not how I see myself.  I really love music that’s on the periphery of not fitting into a clear genre. I felt like I was constantly being described as something I didn’t really feel like I identified with.

That happens to so many artists. They start off their career doing things, and once you get that label, it’s hard to break out of that. People see you as one way, and they don’t want to see you another way.

It’s so true. If every person at [age 25] had to answer, in an interview-style, four very significant questions about how they feel and how they see themselves and what’s important to them — and then they’re asked 10 years later to live by those answers, or those answers are on record for everyone to see and they’re held to them — everyone would have a much better capacity for understanding how everyone should and need to change, and how being defined by something you do when you’re in the earlier parts of your adult life [is difficult]. People are always changing — and the idea that, “Oh, you’ve made a departure record” or “You’ve written a book that’s so different than your last book,” it’s like, “Yeah — that’s how it’s supposed to go, right?”