Profiting off the bin Laden killing 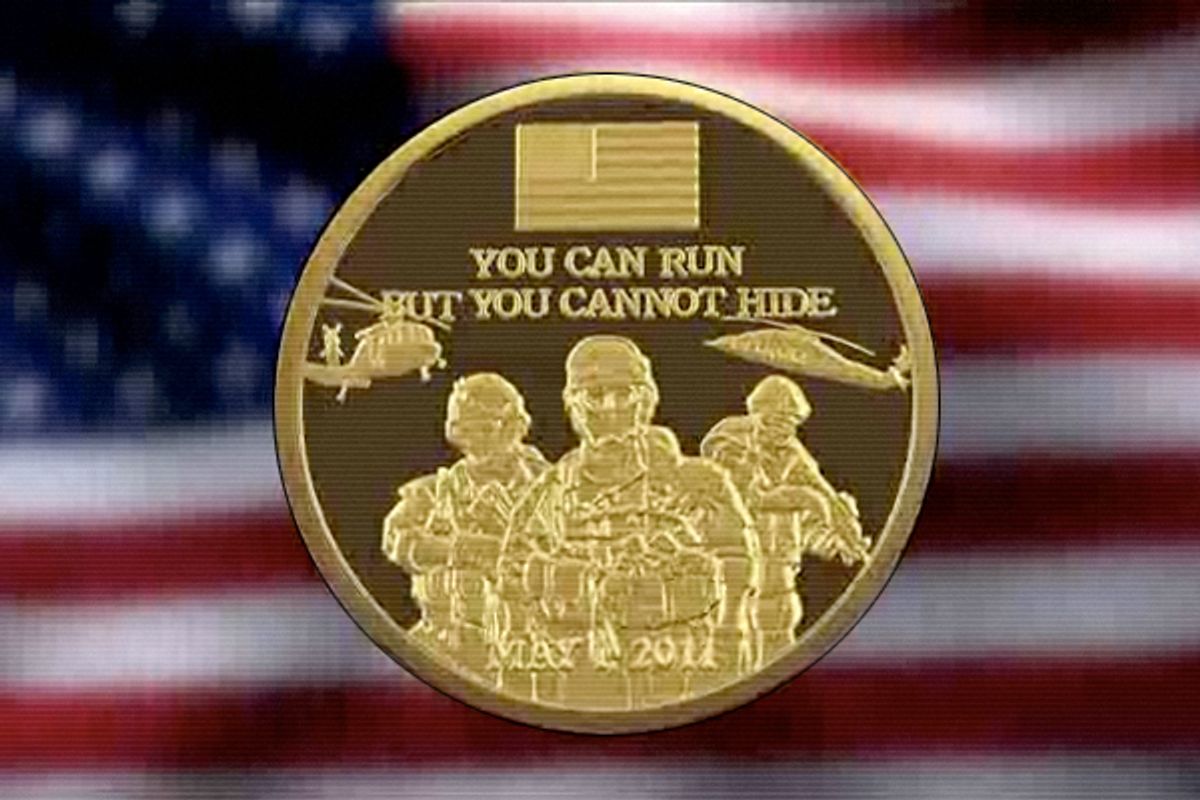 On May 1, American commandos helicoptered into Pakistan and killed an unarmed Osama bin Laden, also killing three other men and one woman in his compound, and wounding at least one other woman. (Only one of the men, according to the Obama administration, had fired at the Americans.)

Now, for just $19.95 plus $7.95 shipping, you can commemorate the events of that day with a special brass, gold-plated "Justice Coin." These ads -- which are apparently real -- have been running on various cable channels:

It's a project of Greenberg Direct, which says that a portion of sales is being donated to the Special Operations Warrior Foundation (also a favorite of Glenn Beck's). I've asked the company how much of the profits are going to charity and I'll update this post if I hear back.

The company's eponymous founder, Paul Greenberg, lists his "mega hits" in the direct response TV business as the "H20 Mop, Flavorwave Turbo and AbDoer Twist." His other credits include "Free Money - They Don't Want You To Know About" and "Tobi Platinum Steamer."

UPDATE 1/11/12: An official at Revenue Solutions, which makes the Justice Coin, offers this explanation for its relationship with the Special Operations Warrior Foundation.