How Americans really feel about drugs 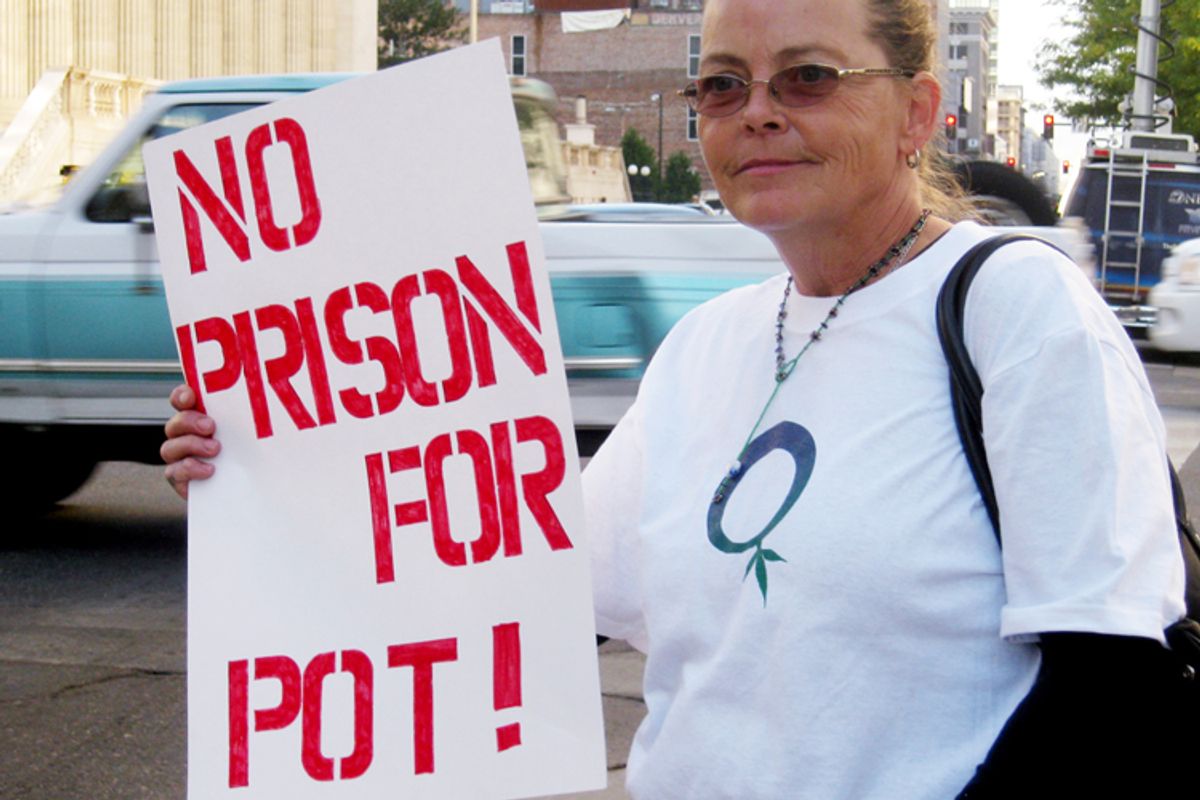 Almost exactly eight years ago, I wrote an essay for the Nation magazine looking at how terms such as "centrism" and "moderate" were beginning to be deftly manipulated to shape the parameters of America's political discourse. In almost every policy debate, these words were being used in with-us-or-against-us fashion to delineate what was -- and what was not -- acceptable. Through such linguistic propaganda over the last decade, America was gradually taught that anything called "centrist" or "moderate" was Good and Serious because it supposedly represented "mainstream" thinking in America -- even as "centrism" was being used to describe policies and politicians that, based on empirical data, increasingly diverged from the actual center of our nation's public opinion. By contrast, anything positioned in opposition to that branding was wild-eyed "leftist," "extremist," "ideological," "fringe" -- and most of all, Evil and Unserious.

As dishonest as this kind of agitprop is, it unfortunately -- but predictably -- continues unabated. This is, after all, the golden era of agitprop -- a moment in which wars are no longer wars, corporations are people, and top New York Times scribes are given a national platform to declare that a key architect of the Republican Party's infamous K Street Project "is not a representative of the corporate or financial wing of the party." And so when it comes to who is a "centrist" or "moderate," the distortions persist without so much as a peep of editorial protest.

The latest example of this insidious framing comes in the form of a Monday New York Times Op-Ed. The piece is written by Kevin Sabet, formerly one of President Obama's top drug policy officials. Titled "Overdosing on Extremism," he employs the "centrist" and "moderate" code words to criticize those pressing for reforms that, for purposes of law enforcement, would treat currently outlawed drugs such as marijuana just like far more dangerous yet legal drugs such as alcohol. With the possibility of these reform proposals roiling the presidential race and appearing on statewide ballots in 2012, a breathless and hysterical Sabet sounds an old fear-mongering alarm, writing (emphasis added):

Unless we change the tone of the debate to give drug-policy centrists a voice, America’s drug problem will only get worse.

Indeed, moderates have historically been key contributors to both the debate and the practice of effective drug policy. In 1914, Representative Francis B. Harrison, a New York Democrat, worked with Republicans and President Woodrow Wilson to pass the first major piece of federal anti-drug legislation, in response to a surge in heroin and cocaine use.

So where are the moderates now? ... A few tough-on-crime conservatives and die-hard libertarians dominate news coverage and make it appear as if legalizing drugs and “enforcement only” strategies were the only options, despite the fact that the public supports neither ...

There is no magic bullet for America’s drug problem. The magnitude and complexity of our drug problem require us to constantly refine and improve our policies through thoughtful analysis, innovation and discussion.

Moderates should lead that conversation. To remain silent not only betrays widely shared values of compassion and justice for the most vulnerable. It also leaves policy in the hands of extremists who would relegate a very serious and consequential discussion to frivolous and dangerous quarters.

If ever a college taught a class in how modern political propaganda works -- and how it proceeds without any connection to a shred of fact -- this article should be required reading because it is such a pure example.

This, of course, says nothing of the fact that the very man Sabet earned his official government title from, Barack Obama, was elected to the Senate promoting marijuana decriminalization and then overwhelmingly elected to the White House after a campaign in which he pledged to respect states' decisions to reform their drug laws. It also says nothing of the rise of Ron Paul, an oft-ignored candidate who has been able to overcome media scorn to wage an unexpectedly spirited race for the Republican presidential nomination thanks, in part, to his push to end the Drug War.

None of these facts about public opinion and the drug war are all that surprising; after all, in a recent national television ad campaign, Sabet's own Office of National Drug Control Policy has deemed marijuana "the safest thing in the world." Yet, Sabet says it's a "fact" that the public doesn't support any form of legalization.

How, you ask, can he justify such an assertion? How can he defend his claims considering those poll numbers, the results of the 2008 presidential election, or the rise of anti-drug warrior Paul in the traditionally "just say no" party's presidential primary? He can't, but he doesn't need to in an era where facts no longer matter.

Instead, he (and the New York Times editors and headline writers who published his piece) wholly ignores the indisputable facts and simply deems the millions of Americans in this pro-legalization majority as "extremists" -- that is, he pretends that the position in the actual center of public opinion is on the extreme edge of that public opinion. He then asserts that true "centrists" and "moderates" are those who do not support legalization -- even though those voices are empirically the extremists whose positions put them far away from the mainstream center of public opinion. And, just for good measure, he employs a bit of ad hominem, suggesting it's just "a few ...  die-hard libertarians" who support legalization -- ignoring not only the American majority, but the scores of top law enforcement officials who are fighting to end the drug war.

Taken together, Sabet's goal in his Op-Ed is obvious: He's a committed drug warrior with a vested (and, based on his Times billing as a "drug policy consultant," possibly financial) interest in marginalizing those trying to end the drug war. To do that, he's employed the most tried and true instruments of marginalization -- the newly redefined notions of "centrism" and "moderate" policymaking. And he's employed them even though the actual facts show that, in comparison to the mass public, he's the fringe extremist.

Now sure, it's certainly true that polls showing strong -- and growing -- support for legalizing marijuana cannot be fully equated to Americans' views of policies for all drugs. However, marijuana-themed polls and election results are also hardly wholly unrelated to that conversation -- and at the very least, those polls and election results should mean that the burden of proof is on someone like Sabet when he declares that being for legalization is the definition of "extremism" and the opposite of "centrism."

But that burden of proof is nowhere to be found because in the 21st century, "centrism" and "moderate" still have nothing to do with the center of any political debate, or the moderate middle of any policy discussion. They remain political weapons deployed by attention-seeking fabulists against the real centrists and moderates in the American majority.