The tragic comedy of growing old 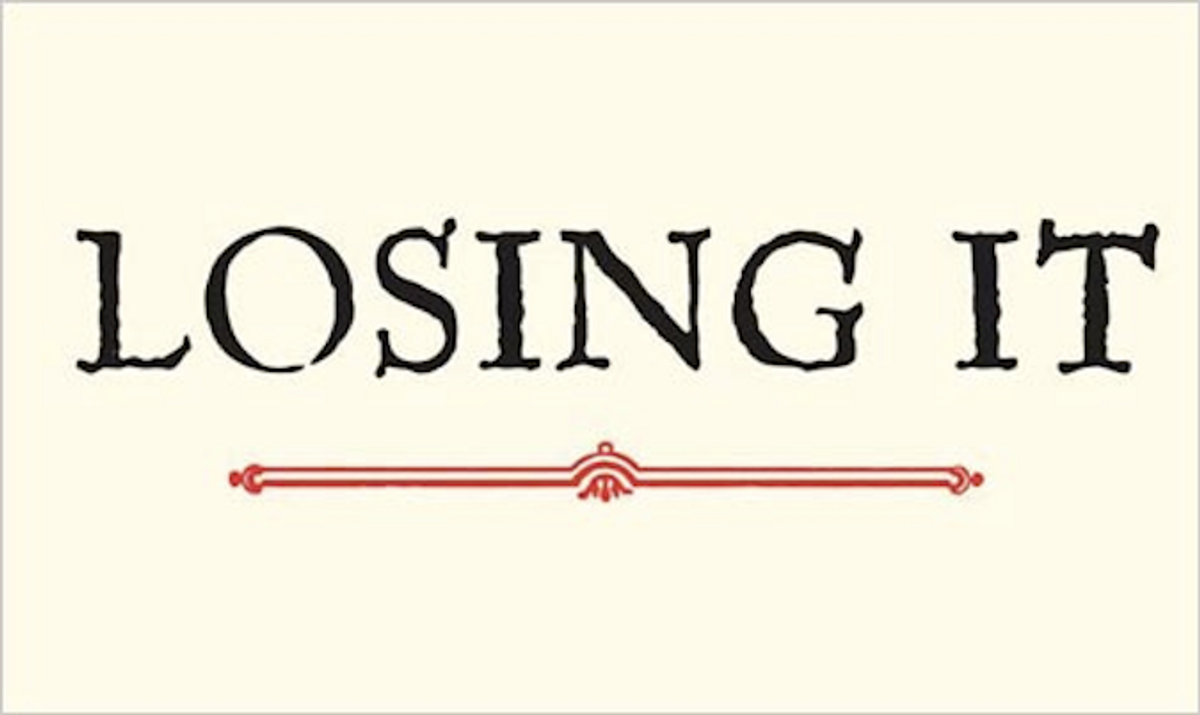 Our days pass by and by; the years, they pile into drifts, yea high. If we ever had any wisdom to impart in our old age, it is fast wizening as our brains become pickles gone to full sour and then some by an overlong immersion in the brine of life. This ripening of old age into deliquescence is one of many beefs that William Ian Miller brings to "Losing It," his broad and often darkly humorous skirmish with getting too old.

What are the chances of finding graybeards and sachems among a population of elders with their wheels falling off? Small. Our shrinking brains are a neurofibrillary disaster of plaques and tangles, our mental ability "on a bullet train headed south," our experiences disappearing into an ever more spongiform memory.

"Let us not even think about the collapse of the sense of touch, which now fails to warn you of large chunks of food you have managed to park on your chin." Can an oldster claim virtue in chastity and abstemiousness when he no longer has the means to lust and glut? Will the disabled debauchee turn mean, his counsel "high-minded, priggish, 'cold-complexioned'"? Will Viagra become the greased chute to senex amans, the dirty old men who fancy young ladies, geezers "who still cluelessly think that anyone would want to do it with them"? Pick your poison.

Miller can grouse and chide with the best, but not all is grim modern comedy. With equal facility, he brings a seriously learned and entertaining hand to the project of growing old in earlier times, back in the Middle Ages, and especially the days of the great, northern sagas, which he teaches in his law classes at the University of Michigan. He explores the terrible grief/revenge/frustration complex of old age as it impinges upon the sagas, the density of meaning in sickbeds and deathbeds, in the style one assumed retirement and approached death, and what about your stuff, the benefits of taking it with you: Think of how little we would know of the past if the dead had not burdened themselves for their voyage. Accelerating through history, he speaks of the gift of an Abraham Lincoln eulogy, and the feeling, in the end, of thankfulness, "the best argument for why we need gods, or God, lest there be no one to thank."

Everywhere here is the twinkle in Miller's eye. He is having a high and fine old time, and so are we. Old age has become a rueful burlesque, and Miller gives it a mordant poke with a sharpened stick, but he also makes us laugh -- there has got to be some wisdom in the refuge of laughter -- as we walk into the teeth, broken and stained no doubt, of old age.