How Christmas ornaments were born

The design evolution of these decorations reflects our nation's history 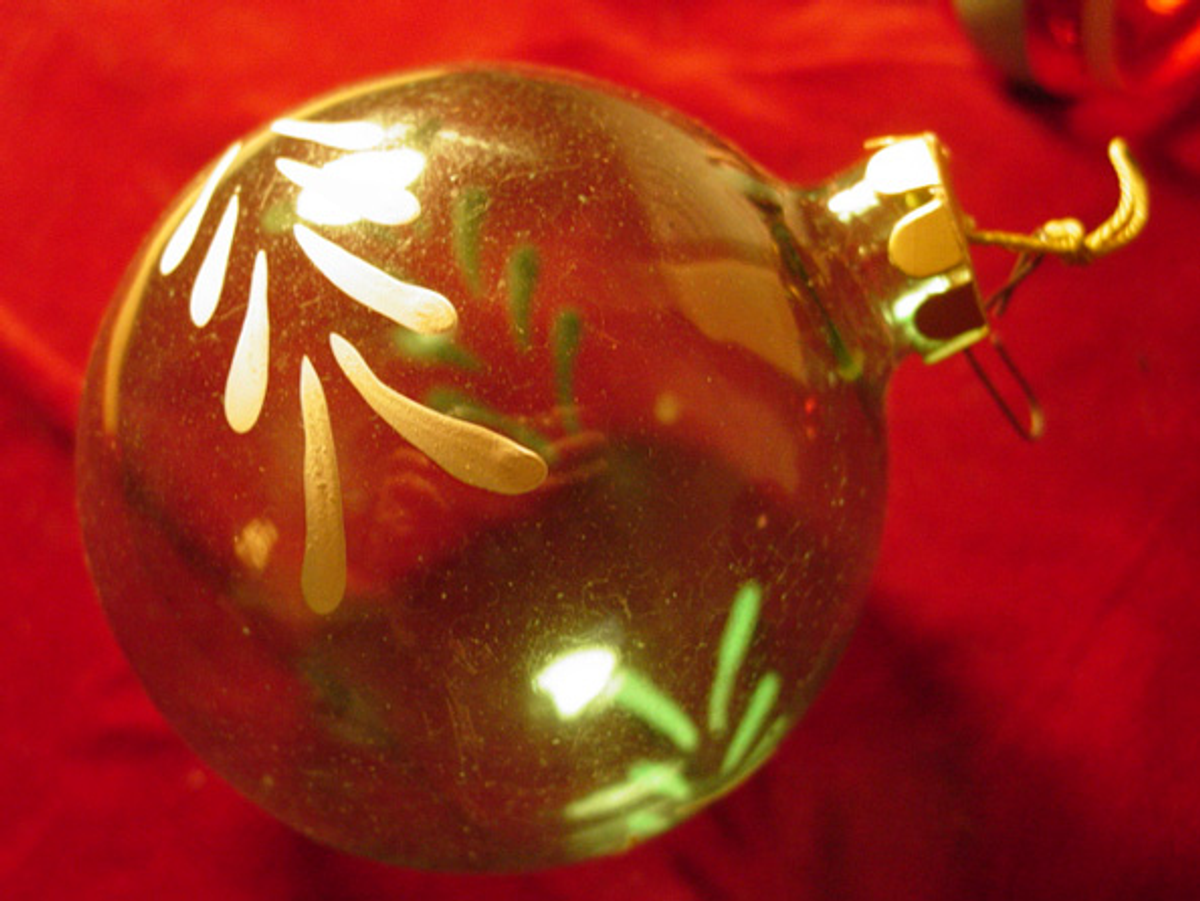 Hand-painted glass ornament produced in the 1940s during WWII. The cardboard cap replaced the traditional metal cap and hook due to material shortages during the war. (Helen West)
--

Over the holiday weekend, my mom and I sorted through several boxes of my grandparents' Christmas ornaments. Both born in 1913, my grandparents lived through two world wars, had two daughters and were married for 73 years. They had several hand-painted glass bulbs that we can date back to the 1940s due to the cardboard tabs that replaced the traditional metal cap and loop due to scarcity of metal during World War II.

The tradition of decorating Christmas trees reputedly dates back to the seventh or eighth century. Until the late 19th century, Christmas ornaments were traditionally handmade using wood, paper or other easily accessible materials. It wasn't until the 1880s when the German glass industry began producing hand-blown glass ornaments, which were subsequently imported to the United States. By the mid-1920s, Czechoslovakia and Japan had begun to encroach on Germany's hold on the glass ornament market.

In the 1930s, an American entrepreneur named Max Eckhardt began to anticipate the outbreak of WWII and foresaw a demand for ornaments in light of an increased backlash against German-produced goods. Eckhardt then teamed up with the Corning Glass Co., which up until then had been producing light bulbs. In 1937, he founded Shiny Brite, and the "American-made" angle proved to be a major boon for the brand during WWII. Due to the war effort and subsequent metal shortages, the American ornament industry began replacing the traditional metal hooks with cardboard caps.

It's always a treat to open a dusty box and find a little piece of American history. These Christmas ornaments are a good reminder about the significance of design thinking: Innovations in the manufacturing process can lead to entirely new products and material shortages can encourage creativity and ingenuity. In a time when economic hardship and environmental concerns make success in the design industry that much more tenuous, it's heartening to remember that we've survived and thrived despite circumstances even more challenging than those we currently face. Here's to a 2012 full of new examples of creativity and ingenuity.