Karen Santorum did not have an abortion 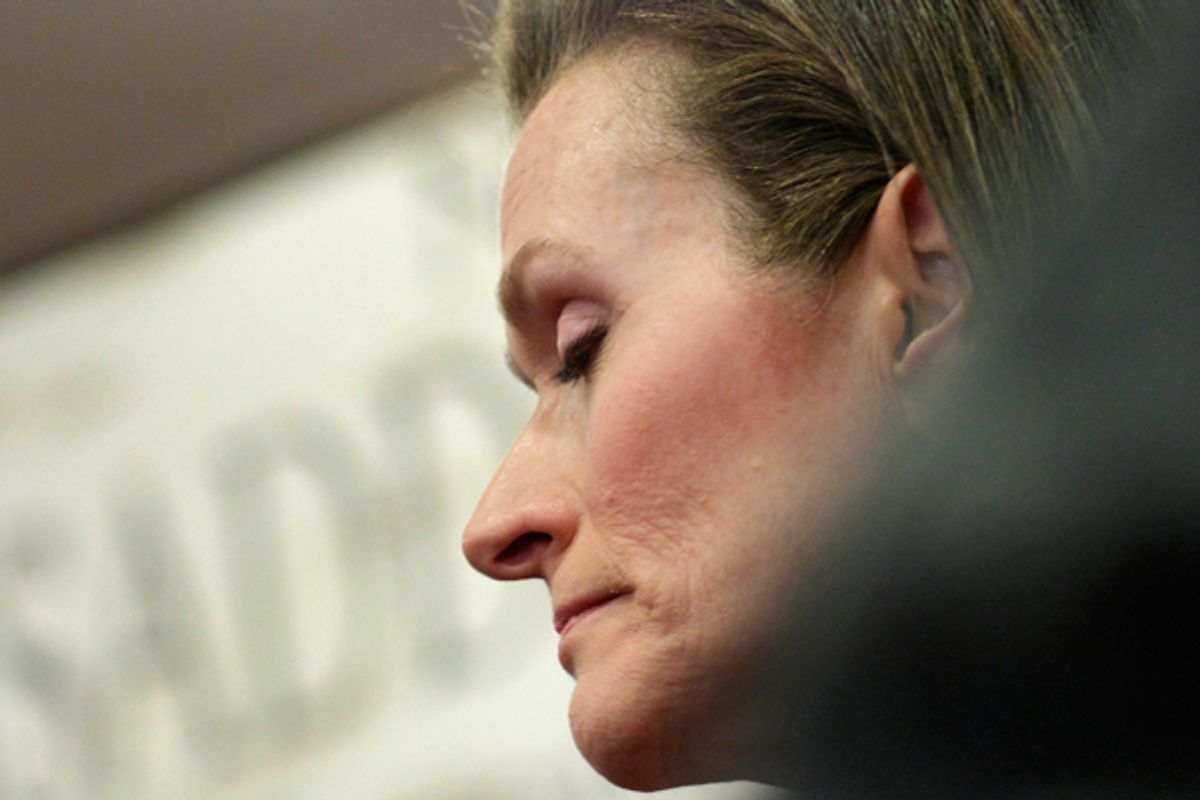 Ever since Rick Santorum came microscopically close to winning the Iowa caucus, the Internet has been aflutter with the contention that he is a hypocrite on late abortions, because his wife allegedly had one. When Karen Santorum was close to death due to an infection, it is said, the author of the so-called Partial Birth Abortion Ban was party to an induced labor that saved her life -- and which some pro-choicers have called the same as an abortion.

But this isn't true, at least not so far as the Santorums have described the events of October 1996. Of course, without direct access to Karen Santorum's medical files, we have to take their word for what happened, and with only sketchy details. But according to a nationally respected obstetrician-gynecologist who has long been active in the reproductive health community and who provides abortion services -- who spoke on condition of anonymity due to not having treated Santorum directly -- by their own account, the Santorums neither induced labor nor terminated the pregnancy.

"Based on what is presented here in these couple of pages, it looks to me as if there’s confusion with some people about what the word 'abortion' means," the doctor told me today. "The word 'abortion' probably shouldn’t even be used in this context." (It is technically correct to say that Karen Santorum had a septic spontaneous abortion, but that's a medical term for an involuntary event that is different from "induced abortion," which describes a willful termination.)

After rumors spread in Pennsylvania that Karen Santorum had an abortion, the Philadelphia Inquirer spoke to the Santorums for a story that has served as the main source for the recent chatter. In the 19th week of pregnancy, the paper reported, "a radiologist told them that the fetus Karen was carrying had a fatal defect and was going to die." They opted for a "bladder shunt" surgery that led to an intrauterine infection and a high fever. The Santorums were told that "unless the source of the infection, the fetus, was removed from Karen's body, she would likely die."

The confusion partly stems from the following sentence: "Once they agreed to use antibiotics, they believed they were committing to delivery of the fetus, which they knew would most likely not survive outside the womb." Santorum did go into labor, and Gabriel Michael Santorum died within a couple of hours.

The physician I spoke to strongly disputed that characterization of what was at stake. "She did not have an induction of labor," the doctor said. "She was in spontaneous labor because of the severe infection. The use of antibiotics in no way augments labor nor does it initiate contractions in any way, shape or form." In fact, sometimes the opposite is true, and antibiotics can help forestall labor.

There is another medical misunderstanding that may stem from the multiple layers of accounts and recollections, described in this sentence of the Inquirer story: "As her fever subsided, Karen -- a former neonatal intensive-care nurse -- asked for something to stop the labor. Her doctors refused, Santorum recalled, citing malpractice concerns." While this shows Karen Santorum being consistent with her stated view that inducing labor would be tantamount to abortion, the doctor told me it would have been impossible to stop the labor at that stage.

"Once she had this profound infection in the uterine cavity which involved the amniotic cavity and the uterus itself, all the antibiotics in the world given in high, high doses would not have reversed this process," the doctor said. In other words, the doctors wouldn't have refused on malpractice grounds -- they would have refused to try and stop labor because it wouldn't have made a difference.

Rick Santorum did tell the Inquirer that "if that had to be the call, we would have induced labor if we had to," under the understanding that the fetus was going to die anyway and intervening would save Karen's life. And it is accurate to say that the direct experience of a life-threatening pregnancy and a tragic loss did not leave Rick Santorum with any empathy for women who do have to make those difficult decisions in extremely murky circumstances.

As the doctor put it, "One takes from this that pregnancies can go very, very wrong, very quickly." Moreover, the kinds of legislative hurdles Santorum wants -- or hospital administrative committees that seek to supersede the family's decision-making -- can certainly slow down the process and endanger women's lives in the process.

But it's important to stick to the facts as we can access them when it comes to the Santorums personal history, which they have frequently cited and even published a book about. Do you feel uncomfortable about having gone this far up Karen Santorum's womb? Me too -- which is another reason to vigorously oppose her husband's policies.