Words we don't want to lose

From "public schools" to "potable water," these 10 terms that could soon leave our vernacular 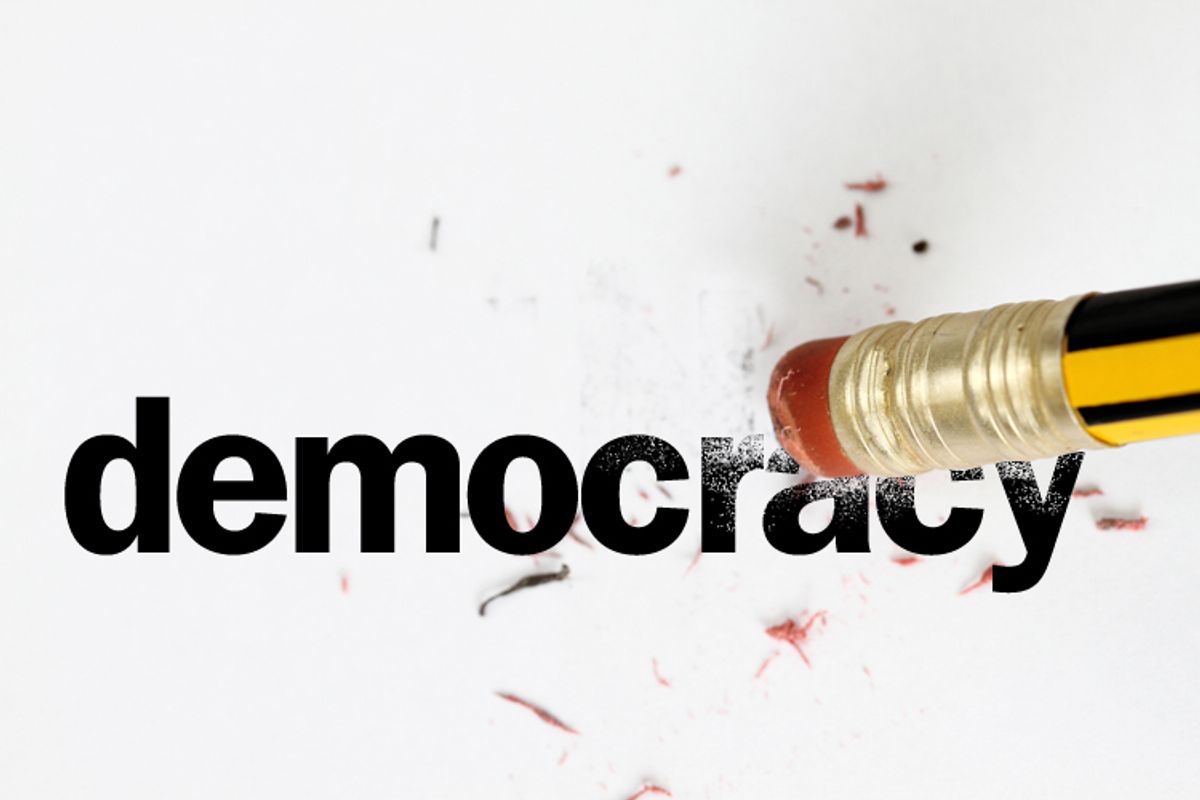 By far, the laziest, most vapid articles annually published during this post-holiday season are lists of the past year's top 10 words and aphorisms. Admittedly, the sloth of such an endeavor tempts me. But as a new dad obsessed with my 1-year-old son's future, I think I've got a more worthy list to add to the pile -- one of current words and phrases that my kid may never know because they might end up as relics of a lost vernacular.

Here are those harrowing 10. I hope I'm wrong but fear I'm not.

My son will surely read the U.S. Constitution in civics class, and he'll see stuff about rights to jury trials, due process and protection from unreasonable searches. But these freedoms have been extinguished by presidents successively claiming powers of indefinite detention, warrantless surveillance and assassination of American citizens without charge. Assuming there's still an ACLU that sends me mail and assuming my son sees the mail, he might ask, "What are civil liberties, Dad?" My response: "Good question."

With the for-profit education industry successfully pushing to privatize public education, I pray there's a decent public school left for my son to attend -- at least then there's a chance he'll know what one is.

This term will be in the Bill Clinton footnote of my son's history textbook. But with our refusal to cut bloated defense budgets, embrace single-payer healthcare and preserve Clinton's tax rates, he'll probably have no idea what the term means.

No doubt in the shadow of ubiquitous oil and gas rigs, I'll tell my son of the halcyon days when drinkable H2O was widely available. I'll also tell him that when he was a toddler, lawmakers ignored warnings that oil and gas drilling threatened to contaminate groundwater. Granted, I'll sound like the Lorax. Unfortunately, my story won't be a Dr. Seuss tale -- it will be real.

Even as states limit collective bargaining rights and corporations bust organizing drives, my son will somehow still know this word. The problem is that he'll insist it's a Civil War-era synonym for "North" -- and that's all.

The Afghanistan War presses on unabated. Meanwhile, Wired magazine notes that a permanent presence of private security contractors means our "military efforts in Iraq aren’t coming to an end," and covert operations continue in Pakistan, Yemen and Somalia. My son might encounter "peace" when he reads Orwell and sees the phrase "War is peace," but he'll probably take that phrase literally in what the Pentagon now deems "the era of persistent conflict."

"How can a presidential candidate win without the most votes?" my son will ask as he approaches voting age. "How can 40 senators filibuster everything? Why are corporations allowed to buy politicians? What's 'democracy,' Dad?" Dead silence will follow.

I'll try to teach my boy the values inherent in that slogan of solidarity. But in this Gilded Age of avarice, I fear I'll hear in return that American motto: "Greed is good, Daddy."

University of Southern California researchers predict that within five years, "only four major daily newspapers will continue in print." Tragically, that suggests that when I explain my career and I show my kid a newspaper, I'll be pointing at a museum's glass case.

At that museum, I'll find the newspaper you might be reading this column in, and I'll show my son the surrounding articles reporting on real issues in local communities. I'll tell him that he's looking at the lost art of journalism -- and I can only hope he doesn't respond by asking me if it was "fair and balanced."