The moment that changed my life

From a new Smith Mag collection: Tao Lin, Jennifer Thompson, Dave Eggers and others on the instant it all shifted 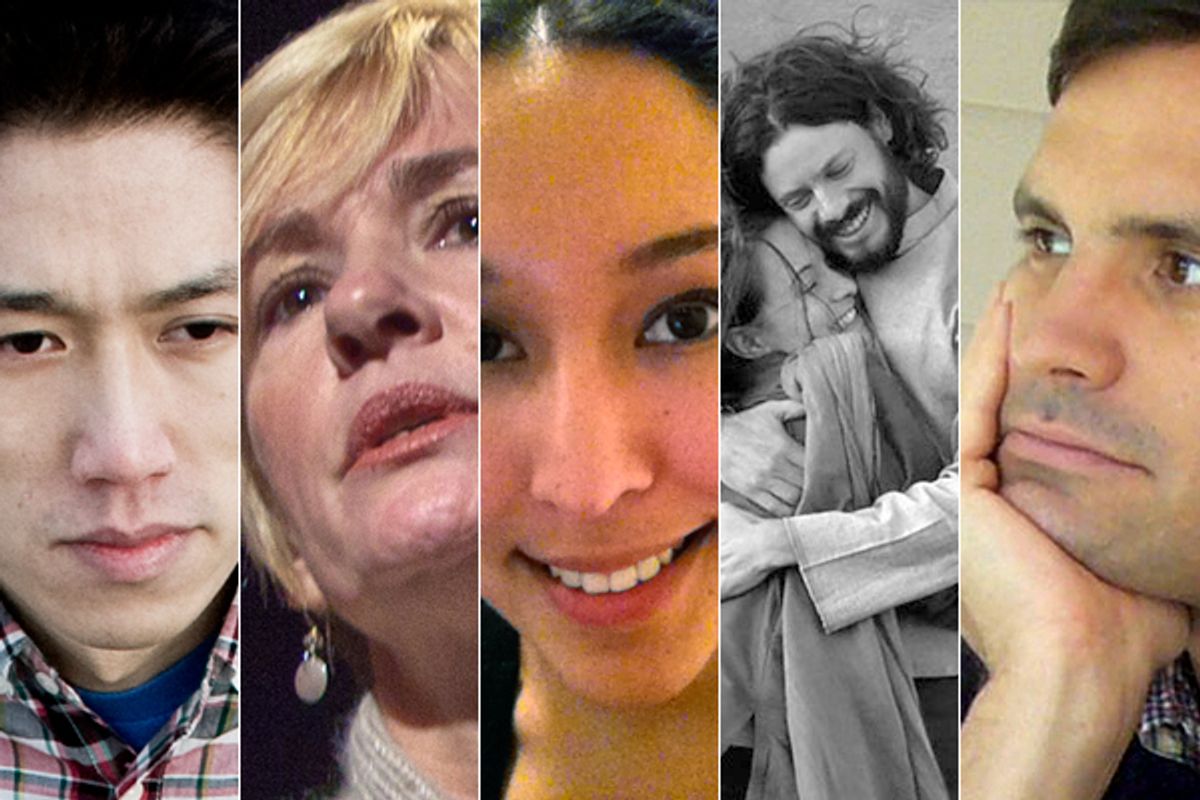 For many of us, there's a single moment in our life when it all changed. For Elizabeth Gilbert, the author of "Eat, Pray, Love," it was the moment when, as a baby, she overheard her parents talking and realized she wasn't the center of the world. For Richard Ferguson, it was when his beloved dog was run over by a truck. For Mira Ptacin, it was the moment she began to run. For Kathy Ritchie, it was when she discovered that her mother had dementia.

These stories are all part a beautifully written, moving new collection of essays edited by Larry Smith, the founder of Smith Magazine, about the instance when a person's life takes a new path. "The Moment" includes contributions from well-known writers, like Pulitzer-winner Jennifer Egan, and numerous first-timers. We've selected six of our favorite here.

I also spoke with Larry Smith over the phone about his project.

What was the thinking behind "The Moment"?

It was pretty much the same as Smith Magazine: Personal storytelling by a mix of regular people and professional writers and storytellers. For the last six years we've been putting up prompts on the site, like "tell us a story about your ex," or "tell us about a celebrity encounter."  Toward the end of 2006 I put up a prompt asking for six-word memoirs, and I thought it would be a one-month project. But it turned into an ongoing project, and it allowed me to revisit the theories and ideas of longer personal storytelling. After having done this site for a few years and having gone on book tours and talked to people, I learned that people had the most unbelievable story about the moment when their life changed. So we put up some prompts, and then we did some outreach to people I like.

The book is a combination of famous writers and people who aren't professional writers at all. Why the mix?

We have a well-known Pulitzer-winning author in the same book as someone who's probably never sent a letter to the editor. It elevates those people, and makes them seem worthy -- because they are. It's not a trick. We're all writers. We're not all accountants or lawyers but we can all write, so I think it's very inspirational for the writers and people reading them. Everyone has a story, some are better than others, but what I have learned is that  lot of people are simply not asked what their story is, so they don't understatnd their story is interesting.

What's the moment that changed your life?

The moment I ended up writing about in the book dealt with my eating disorder in high school. At one point, I had to go to weigh-ins with my dad and I was hiding weights in my pockets, and it was insanity. I just had this moment when I just realized this just needs to end, I'm making myself and everyone miserable and I agreed to get help. For me it was a turning point. I wasn't that interested in revealing that part of my life to the world, because it's painful and personal, but that's what you've got to do if you're asking other people to do it. I think  a lot of the stories in the book will give people courage to do things they wouldn't otherwise do.

Essays excerpted with permission from "The Moment" edited by Larry Smith. Published by Harper Perennial.