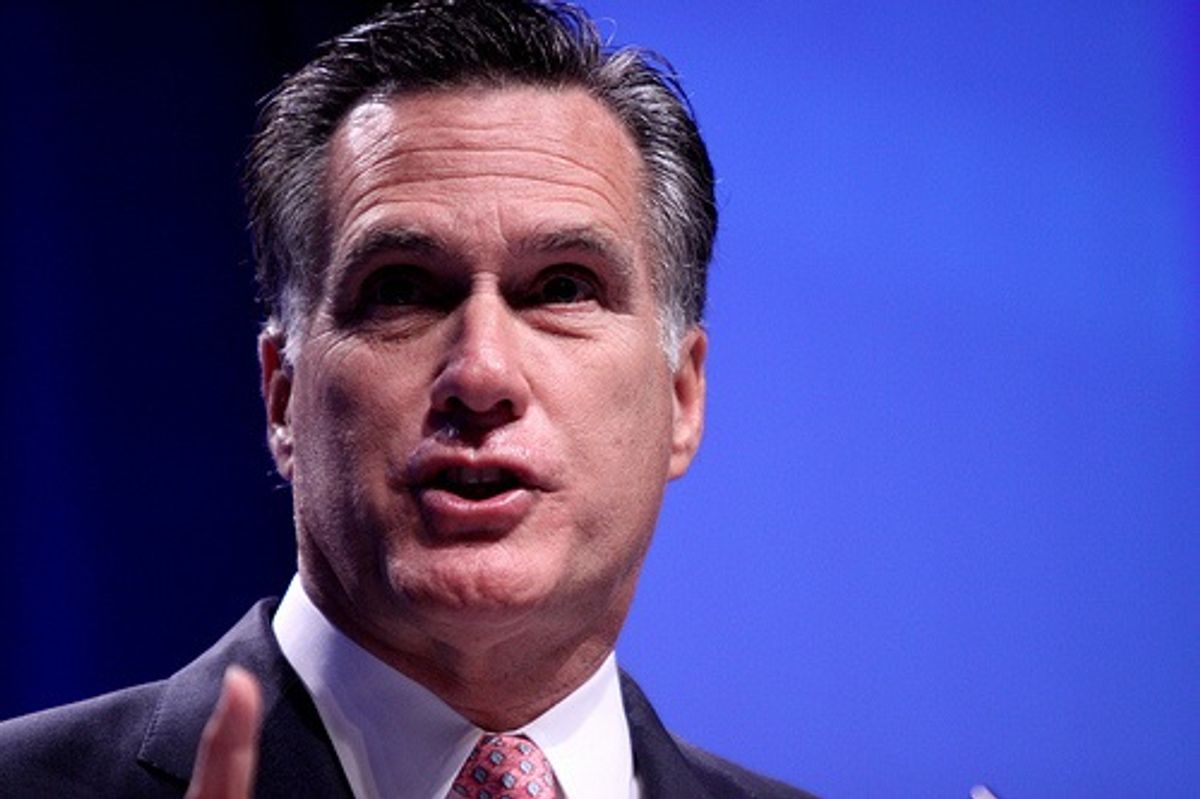 Give Rick Santorum this much credit for influencing the debate: His open hostility to contraception has managed to reframe things such that in Saturday night’s debate, George Stephanopoulos took the unusual step of asking Mitt Romney if he thought states should be able to ban contraception. Romney responded first by playing dumb and hedging, then by not answering the question at all.

“George, this is an unusual topic that you’re raising,” Romney responded, as if he didn’t know that Santorum’s re-stated opposition to Griswold put contraception policies back on the table. “States have the right to ban contraception? I can’t imagine that states would want to ban contraception. If I were a governor or a legislator in a state, I would totally oppose any effort to ban contraception.  So you’re asking -- given the fact that there’s no state that wants to do so -- you are asking could it constitutionally be done? We could ask our constitutionalist here,” at which point he punted to Ron Paul. (Paul, of course, is anti-choice and wanted to talk about the Patriot Act instead.)

But the constitutional dispute surrounding the Supreme Court’s 1965 decision on state contraception bans is far from academic or theoretical – it underlies important later recognitions of sexual and reproductive privacy, including Roe v. Wade and Lawrence v. Texas, which overturned state sodomy laws. Romney obviously knows that. Not only does he have a degree from Harvard Law School, as Stephanopoulos pointed out, but the co-chair of his legal advisory committee, Robert Bork, was kept from the Supreme Court partly because of his stance on Griswold.

Why be so disingenuous? Well, even with Bork on board, the last thing Romney wants is to get penned in on a Santorum-like stance on birth control that could follow him into the general election. So he stuck to opposing Roe, even though it was based on the substantive due process first identified by Griswold.

Romney might even get a break on a question he called "kind of a silly thing." His audience may not remember that, in fact, states once did firmly ban contraception and information about it for even married couples, as the Connecticut statute in Griswold did. But it's not silly to ask him his stance on either a settled legal doctrine or a set of current policy issues surrounding reproductive health. Should contraception continue to be fully covered under the Affordable Care Act (the existence of which he opposes)? Can pharmacists decline to fill prescriptions for Plan B (he wants to make it easier for them not to)? What about the defunding of Planned Parenthood, which provides contraceptive services to millions of people (Romney wants it to happen).

“Contraception?" Romney repeated last night. "It’s working just fine, leave it alone.” If only they would.