Why eating together matters

A new book explores the relationship between cooking, dining and happiness 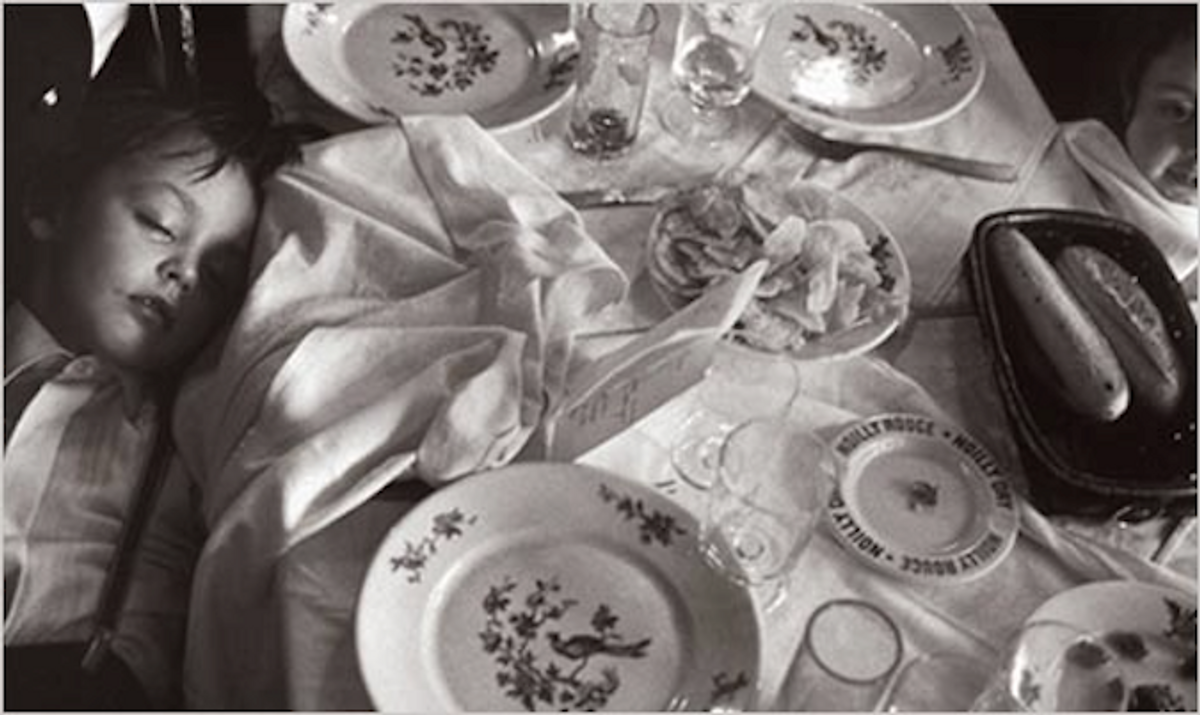 We sapiens are the only animals that look each other in the eye while eating without getting violent. At least most of the time. The other beasts fight over their food; we talk over ours, and share. We have ancient rules of the table, early glimpses of civilization, covenants that have softened into traditions reflecting the basic humanity we find in eating, its rituals, and its memories. If there is a leitmotif that follows the sinuosities of Adam Gopnik's "The Table Comes First" -- his investigation into the pleasures of the table, peeling back its veneer to examine the mechanisms that make it tick -- it is "the simple path between eating well and feeling happy," whether the table is at Noma or the humble home of a friend.

Gopnik writes with an easy cultural fluency; his sentences are roomy and comfortable, but agile. He alternates between chapters with definite shape and momentum, with specific centers of gravity, and chapters that chew on ideas, a ruminant grazing in a field of culinary philosophy.

The birth of what we would identify as a restaurant, in Paris in the mid-18th century, falls into the first group. It is a terrific story, told here with grace and insight, that buries the old tale of chefs being shown the château door during the French Revolution and, so, opening their own. The restaurant rose earlier, when Paris was awash in a cult of health and simplicity, when the Palais Royal assumed the mantle of the modern street store, and when notions of caste were already in disarray, long before the revolution. A public place, welcoming as home -- women, too, anyone with a sou -- but capable of "a primal magic, a mood of mischief, stolen pleasures, a retreat from the world, a boat on the ocean."

Equally important for Gopnik is the start of the food scene in Paris, coaxed into being by practitioners, eaters and that newfangled creature, the food writer: "Words make worlds; authors make meals. (So sayeth the writers, anyway.)… [A] mass of critics, diners, chefs, and above all writers who were talking and writing about food in new ways." Now Gopnik has an opportunity to delve into the worlds of Jean Anthelme Brillat-Savarin's "warm ironic smile," Alexander Grimod de La Reynière's "brilliant epigrammatic grimace," and Elizabeth Pennell, "the first to see the cookbook as a literary form." This last was a radical sensualist, "a woman with an appetite on her and a hunger in her," and Gopnik's imaginary confidante, to whom he spills his head and heart about food (she, sad to say, though dead for many years, breaks that heart).

Gopnik moves on, making hay with food like a harvester mowing this way and that, with smart, argumentative chapters on meat eating; the puritanical anti-cosmopolitanism of locavorist ideology, but also the gratification of eating foods grown (almost) only in New York City, featuring a farm in Brooklyn composted with elephant manure from the Bronx Zoo (yes, it imparts a certain something); a Robert Parker takedown: "Our experiences of everything are too mediated -- by context and intentions and likeness -- to be summed up in a number"; and countless noodling digressions, including the sloppy elegance that links rice pudding to Keith Richards' guitar tuning.

The philosophical chapters are fruitful, but it can be wearying picking the fruit, and sometimes it is difficult to know exactly what you have in your hand. Take the chapter on taste, which considers the taste in your mouth, how it feels when you eat, and moral taste, "the place of the food we eat within an epoch's style or our own self-image," the depth of commitment we bring to these tastes, and how they sway and evolve. "The smell in our nose changes the taste in our mouth, and the length of the line outside the restaurant changes our view of the taste of the food we're waiting for." It is a canny enquiry, the philosophy, psychology, and physiology as intricate as an Irish knot. Yet Gopnik can also take flights that lose you. "The submission to sequence is the source of the sublime." "Taste begins at the door, and ends in our dreams." Somewhere the butter's burning.

Big deal. These are small potatoes that pale before his grandest point: that eating, that the table, is for slowing down life to promote good cheer. To eat well is to feel happy. It is easy to imagine Gopnik in the kitchen, aproned and focused, putting together something for his family. He dishes it out with a look of expectation, then obvious delight as they tuck in. Beaming, he joins them.