With Mitt Romney beside him, the New Jersey governor responds to women hecklers with an apparent oral sex reference 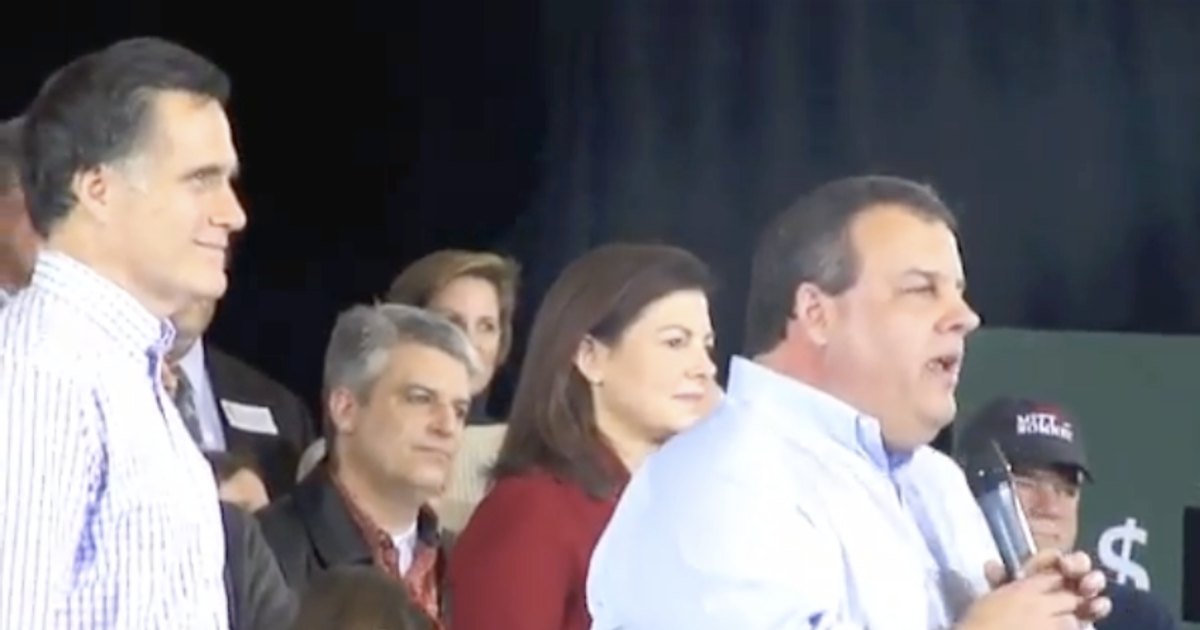 While stumping for Mitt Romney on Sunday night, Chris Christie made what some have interpreted as a blow-job joke. A couple of female hecklers in the crowd shouted something about jobs "going down" and Christie responded, "You know, something may be going down tonight, but it ain't going to be jobs, sweetheart" (the video is below).

His body language, tone and diminishing use of "sweetheart" -- not to mention the "oooh" of the crowd -- made me hear it as a blow-job joke, but I didn't exactly trust my interpretation, seeing I hear sexual double-entendres everywhere. Some cleaner-minded commentators have picked up on it too, though: XX Factor's Torie Bosch called it an "oral sex joke" that was "flagrantly demeaning, even misogynistic." Slate's David Weigel, who was present at the event, writes, "I can honestly say that the fellatial joke didn't occur to me at all … it sounded like the 'something' was just the Occupy movement, as in 'you're gonna go down.'" In this case, it seems hindsight was … X-rated: Weigel ends his blog post with, "But now that I think about it ... ."

Bosch actually mentions my recent piece on "the prudes of the GOP" by way of saying that, "clearly, Christie isn’t in that camp" -- but I'm not so sure that prudery is at odds with a demeaning sex joke. In fact, I see it as an essential element of prudery, which casts sex as a dirty and shameful act (except under a very rigorously policed – and, quite frankly, rare -- set of circumstances. I don't know what Christie actually intended by his remark, but if it was to say, "Suck it, sweetheart," I wouldn't be in the least bit surprised. It would be yet another prime example of right-wing conservatives viewing sex itself as a "gotcha."