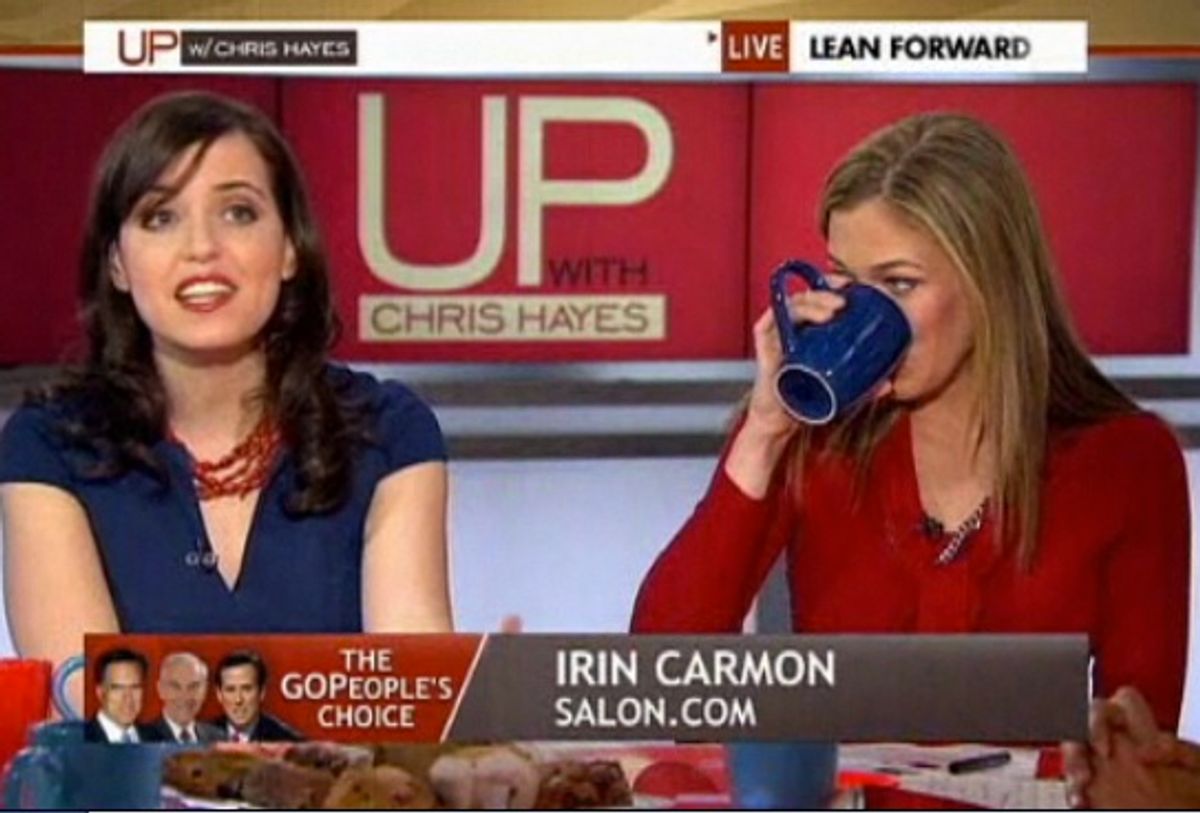 Over the weekend, Rick Santorum pushed back at Salon's story about his opposition to birth control, and the moderators at the ABC News debate Saturday night took note: They asked Mitt Romney what his stance was on states banning contraception. (Unsurprisingly, they did not get a straight answer.)

Salon staff writer Irin Carmon appeared on MSNBC's "Up With Chris Hayes" on Sunday morning to discuss the week's news in general and this story in particular. In the excerpt below, Carmon stands by the coverage and explains what Santorum and Romney's positions on contraception and reproductive rights really mean. Watch the full show here.