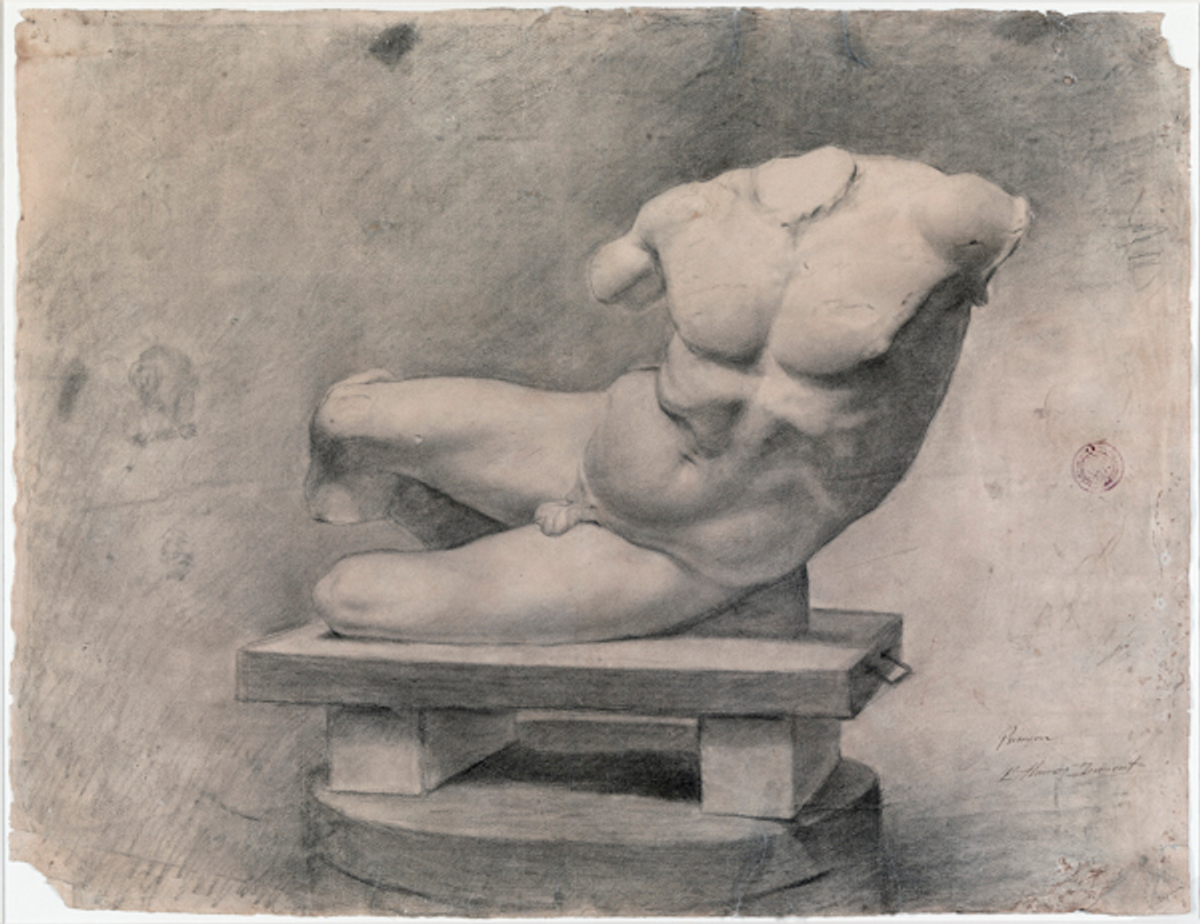 I’ll never forget an object I saw in the Picasso Museum in Barcelona 25 years ago: Picasso’s first-grade reader. He’d filled the margins with pencil drawings: animals, birds, people. Next to the book in the glass case was a teacher’s note to his mama: “Pablo should stop drawing in class and pay attention to his lessons” (my rough translation). Last year, I went back to the museum, which had been much enlarged and fancied up, and wanted to see that little book again. “Not possible. It’s in the basement now,” I was told. Too bad, because it could be an object lesson to all artists and designers (and their early teachers).

With much anticipation, I visited the current  “Picasso’s Drawings 1890 - 1921 – Reinventing Tradition” exhibition at the Frick Collection. Which early works, I wondered -- Picasso was 9 years old in 1890 -- would be there, and what would they reveal about how his budding talent was viewed and nurtured (or not)?

The earliest drawing in the exhibit -- which presents 60 works in pencil, ink, watercolor, gouache, pastel and chalk -- is an 1890 pencil drawing of Hercules, based on a statuette in the hallway of the family’s apartment house in Málaga. Picasso’s father, Don José Ruiz y Blasco, I’ve learned, was a museum curator who painted naturalistic depictions of animals and birds and taught drawing at the local art school. Young Pablo, then, was surrounded from birth by works of art and by the teaching and practice of making art. I think we can safely assume that his parents were not too troubled by the teacher’s note.

Picasso’s formal academic art education began in 1892, when as an 11-year-old he drew "Bullfight and Six Studies of Doves," a pencil drawing that foreshadows iconic themes that reappear throughout his career. "Study of a Torso," above, demonstrates how well he was able to master Renaissance draftsmanship and principles of style and form by age 14.

Most Picasso exhibitions these days are blockbusters, with advance ticket sales, long lines, huge crowds. The Frick is an opulent and perhaps underappreciated Fifth Avenue mansion that houses a renowned collection of old master paintings. This exhibit makes it possible to see -- in an uncrowded setting -- works on paper that give an intimate glimpse into the artist’s influences, techniques, themes and experiments. "Mother and Child on the Shore," below, anticipates the 22-year-old artist’s mature themes and colorations.

In 1904 Picasso moved to Paris, where, as the exhibition catalog notes, “he was uniquely situated in time and place to create his combustive mix of traditional means and new formulations.” By the time he painted "Still Life with Chocolate Pot," above, he‘d broken away from traditional means of representation. The forms of ordinary objects have been made angular and faceted, and are seen from different points of view: cubism is born.

I was most drawn to the collage, or papier collé, above, "The Cup of Coffee." “It is if Picasso had literally cut up the past,” reads the catalog. “The methods, techniques and supports of the rich history of drawings and reassembled them into a new order.” This charcoal and chalk drawing on fine art paper incorporates patterned wallpaper that was cut and pasted together in a dimensional manner, casting shadows that made me want to reach through the glass and touch it. And maybe it incorporates typography, too; I see a big blue letter ‘E.’

In the 1920s, when “everybody” was doing cubism, Picasso returned to classicism, his own brand, which married monumental sculptural elements with influences ranging from Italian mannerism to Ingres to African sculpture. "Head of a Woman," the theme image of the exhibit, at top left of this post, and "Two Women with Hats," above, demonstrate the power of and intimacy of works on paper. They’re both in a tiny room on the 142,600-sq-ft museum’s first floor; the exhibition continues down a spiral staircase to a lower-level area. (Is the museum saying that they wouldn't give up any wall space in the 18 grand rooms that display the Van Eycks and Rembrandts for this stuff?)

"Picasso’s Drawings" closes at the Frick on Jan. 8, after which the exhibit will travel to the National Gallery in Washington, D.C.