The Army is reading your Bradley Manning tweets 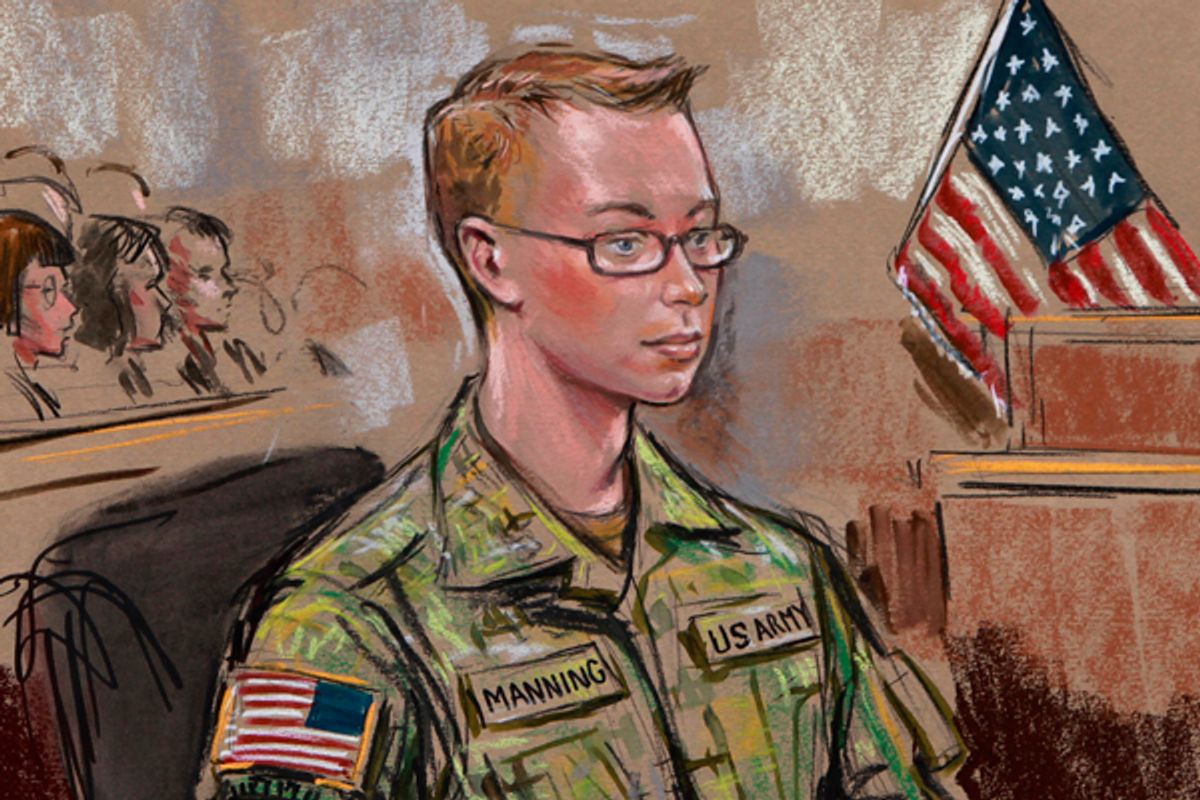 A sketch of Private Bradley Manning during his Army Article 32 hearing. (Reuters)
--

Politico’s Josh Gerstein reports on the extent to which the Army’s public affairs office is interested in public and media opinion of the Bradley Manning case, noting that P.R. staffers prepared daily summaries of the coverage of the ongoing legal proceedings. This bit jumped out at me:

The Army used a commercial service called VOCUS to track traditional and social media coverage of Manning's hearing. The Pentagon pays close attention to the volume of tweets about the U.S. military during high-profile incidents, like the Air Force One flyover that distressed New York City residents in 2009 …

VOCUS, which is based in a Maryland suburb of Washington, offers its customers the ability to “monitor social conversations, mentions and trends,” and:

Here are a couple sample screenshots of VOCUS software centering on Twitter. I’ve asked the Army how exactly it uses VOCUS and I will update this post if I hear back.

UPDATE 1/11/12: The Army send along this statement in response to my inquiry, which does not shed much light on how it uses VOCUS:

The Army employs traditional and contemporary public relations methods with which to communicate with its varied publics. Our news-gathering and assessment tools are in keeping with modern practices, and are used to determine the level at which we engage with the public to inform our vast constituencies. The Politico report reflects the Army's connection with the public, and our transparency in such matters.