The revenge of Buddy Roemer

Snubbed by GOP elites, the pro-OWS Republican talks to Salon about maybe beating Rick Perry today, and what's next 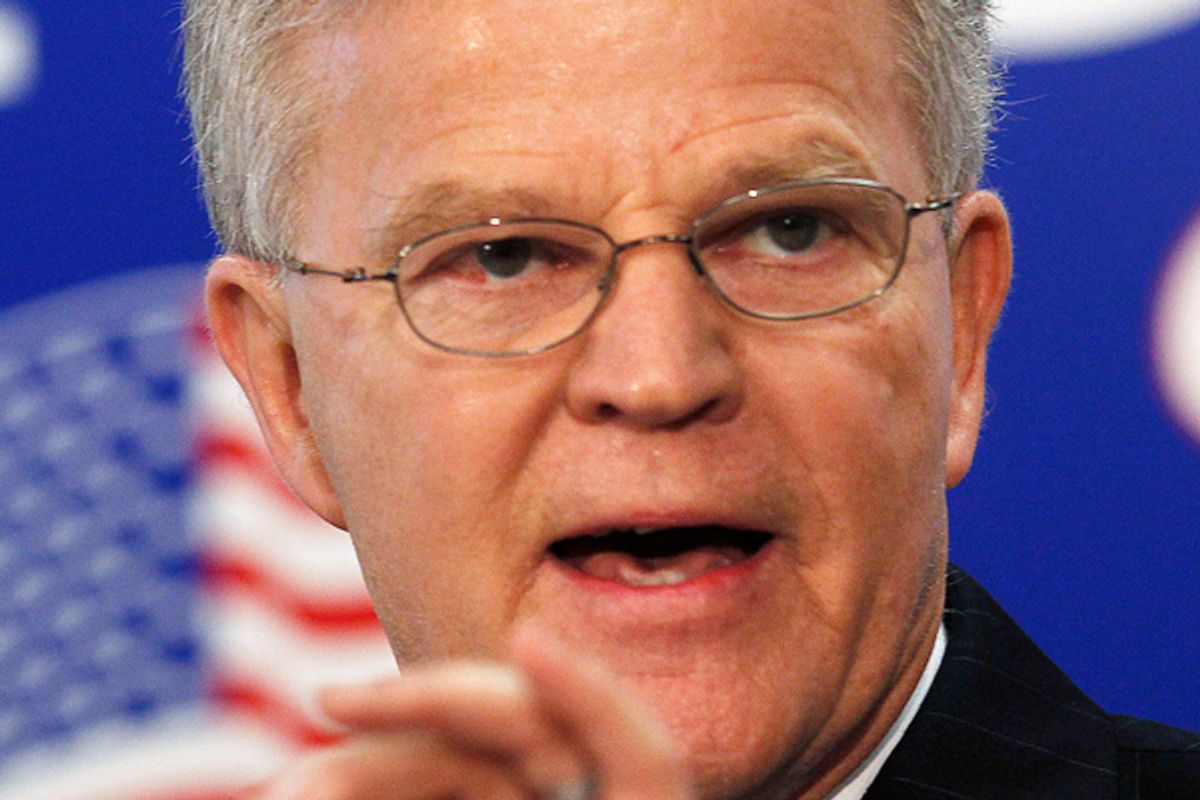 MANCHESTER, N.H. -- If you could have found a bookmaker back in August who would have given you odds on a bet that Buddy Roemer would finish ahead of Rick Perry in the New Hampshire primary, you’d now be on the verge of a giant payday.

The final Suffolk University poll before today’s vote shows Roemer, the impeccably credentialed former Louisiana governor who has been denied a spot at every single Republican debate, leading the Texan by 2 percent to 1 percent. Edging out Perry, who seemed on the verge of running away with the GOP nomination just a few months ago, would provide Roemer with a nice moral victory (“I don’t want to jinx it by talking about it,” his campaign manager said this morning) – but the candidate has something much bigger in mind.

“My campaign hasn’t even been tested yet,” he told Salon late this morning. “So I beat Rick Perry – big deal. He didn’t get any votes here. I mean, what have I got? Three percent in the polls? That’s it. Three percent. But I’ve got something more important than that. I’ve got an issue I’ve challenged the other candidates to address.”

That issue would be the role of big money from elite donors, big banks and massive corporations in politics. The system, he says, is rigged against the average citizen, whose interests both parties are equally guilty of ignoring. He’s condemned Barack Obama for coddling Wall Street and building a billion-dollar reelection machine but also embraced Occupy Wall Street – even as his fellow Republicans scrambled to portray it as a fringe, far-left movement.

On Tuesday, Roemer was camped out at the Radisson in downtown Manchester, ground zero for the national press corps that’s descended on the state. He appeared on “Morning Joe,” which broadcast live from here this morning and was working his way up and down “radio row,” accommodating any host who’d have him on. He pushed hard to win inclusion in ABC’s debate last Saturday, raising enough money to air television ads aimed at reaching the 5 percent polling threshold, but came up short. But he said his goal remains “to become so relevant that the sponsors have to put me in.”

“The last eight days has been the most important eight days of my campaign,” he told Salon. “We have added more social media members, we have raised more money by double than in any eight-day period at a time. What’s changed in the last eight days? Has Buddy Roemer changed? No. The news media came to New Hampshire. That’s what’s changed.

“I’ve been on 'Morning Joe' three times, I’ve been on Colbert, I’m getting exposure. And people like this idea that a guy who’s experienced, a guy who built a billion-dollar bank, and a guy who doesn’t take big checks – I’d like to know more about that SOB.”

The major role that televised debates have played in shaping the GOP race has been a revelation to Roemer (“Retail doesn’t matter anymore. It’s the debates”), and it’s fun to imagine how he might be doing now if he’d been included in them. After all, every other candidate who’s taken part has experienced a polling surge at some point, and Roemer is a colorful and charismatic communicator, one of the reasons he’s become a “Morning Joe” favorite. But he’s optimistic that his breakthrough is just around the corner.

Roemer thinks the GOP is destined for a brokered convention – that Republican voters are in no hurry to settle on a nominee and don’t like the candidates they’ve seen in the debates. He’s heading to Michigan next and then Arizona after that – states that won’t hold their primaries until next month. This is because it costs $35,000 to qualify for the South Carolina Republican ballot, while access to Florida’s is controlled by that state’s GOP chairman.

The real question, though, is whether Roemer will give up on the GOP process and seek the nomination of Americans Elect, which is gaining ballot access and promising to use an online convention to field a bipartisan national ticket. Roemer has expressed interest in pursuing the Americans Elect presidential nomination and says he’ll decide in the next month or so.

“What I like about Americans Elect is that it allows me to remain in the Republican Party,” he said. “It’s not a third party. I choose a vice president who can work with me and believes in what I do, but they must be an independent or a Democrat. I like that concept.”

I asked Roemer if his experience as a candidate has made him rethink his status as a Republican, given the indifference (if not hostility) he’s faced from the party’s elites. He’s quick to note, for instance, that Fox News has almost completely ignored him, while MSNBC can’t seem to get enough of him (“They’re my sponsor!”). But Roemer, who was a Democrat until 1991, said he has no plans to go back: “They’re just as bad.”