Yoga need not wreck your body 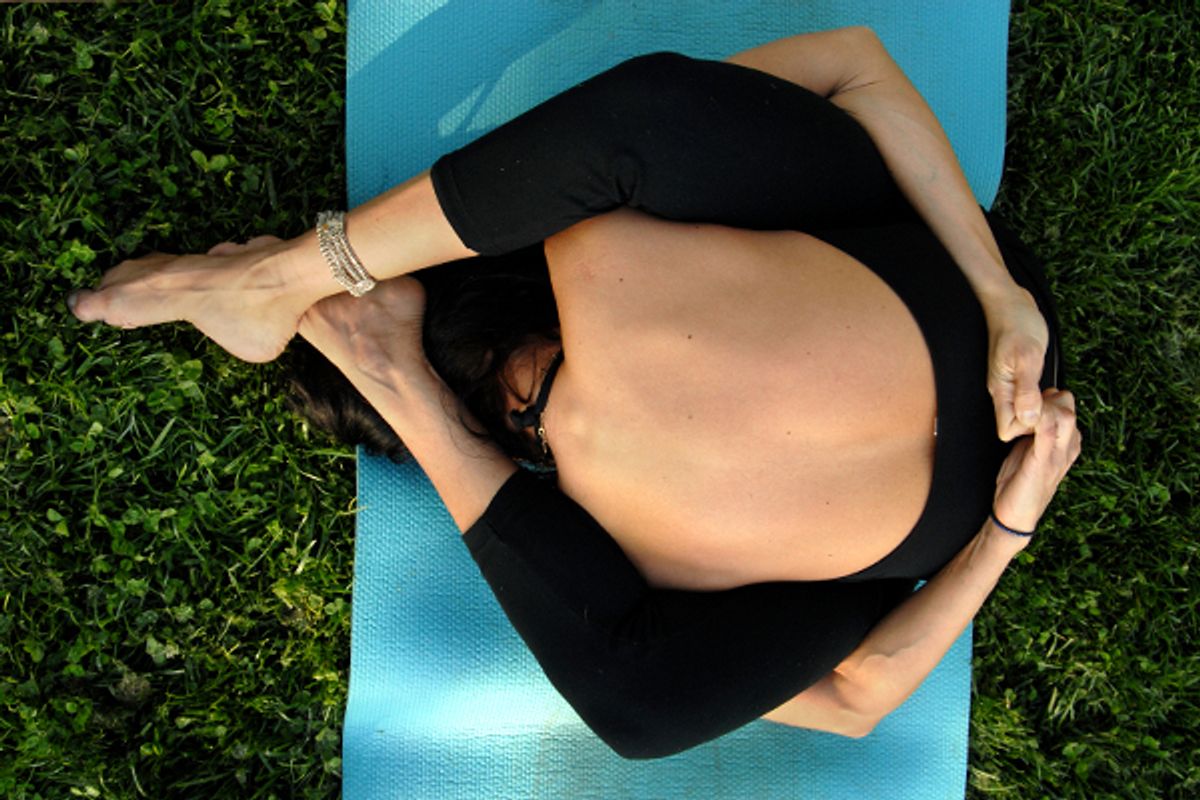 If your social media streams look anything like mine, they've been dominated for days by “How Yoga Can Wreck Your Body,” a New York Times Magazine excerpt of a book by William J. Broad that is, as of this writing, still sitting atop the paper's most-emailed list. Alongside the link is usually a half-facetious comment, something like, "I always knew that couch potato-dom was the superior strategy."

I haven't yet read Broad's book, "The Science of Yoga" (subtitle: "The Risks and the Rewards"), but word in the yoga press is that it's actually far more nuanced than the alarmist framing of the magazine article. But that story, with its terrifying stories of strokes and spinal surgeries, will have the biggest audience, so it's worth spending a moment on what, to my mind, it left out.

Generally speaking, Broad never makes clear if his reporting suggests that yoga is inherently damaging to the body -- any body -- or whether repeated stress and poor teaching raise the risk of injury, one present in any physical activity. After all, yoga wrecks your body -- compared to what? Not doing anything active, which it's fairly clear is bad for you? It's true that yoga gets a special break as a panacea, and Broad cites his “belief, naïve in retrospect, that yoga was a source only of healing and never harm.” But we take for granted that runners will strain their knees or dancers warp their feet. I suppose "anything done often or in extreme fashion can seriously strain the body," is less sexy than what ended up on the page.

And extreme is what seems to be really at play here -- many of the examples of injury are of teachers with rigorous practice, and one is of a man who would “sit upright on his heels in a kneeling position known as vajrasana for hours a day, chanting for world peace.” I'd be willing to bet that hours of kneeling chanting does not fit the experience of the typical Times most-emailer, or the average sedentary American looking for excuses not to get up and move.

The biggest elisions were implied but never emphasized: the importance of good teaching and the wild divergence of practices under the umbrella of American yoga. Based on having practiced with (at least) dozens of different yoga teachers over the years around New York and occasionally globally, I'd argue those are the most important factors of all.

The worst teachers preen in the front of the room and pretend they're alone. Slightly below them in my estimation are the ones who expect all bodies to be created the same. The ones who shouted at me to simply shove down my heels during downward dog in defiance of tight calves and hamstrings never got the chance to do so again. It took me longer to realize that the teachers who enthusiastically encouraged me to move deeper into existing flexibility – say, a deep lower-back arch theoretically ideal for upward facing dog, a hip turnout that made baddha kanasa effortless – were hurtling me toward injury. The ones who urged modifications to not exacerbate imbalances, or to change emphasis to strength over flexibility, were offering a more sensible path.

In other words, all bodies aren't shaped the same way, nor do we use them uniformly, so why would we expect the same remedies and actions to work on all of them?

That's one reason I'm deeply skeptical of practices like Bikram, which are the same sequence over and over again. It doesn’t seem to be a coincidence that many of the reformers and thoughtful people quoted in Broad's piece are trained in Iyengar, a more deliberate and almost physical therapy-like practice which often uses props to support the body. It also happens to be one in which you'd be lucky to break a sweat, which isn't particularly appealing to Type A practitioners that fill urban studios. Meanwhile, the most substantive mention of Bikram, which does appeal to that demographic, is noting a report "that health professionals found that the penetrating heat of Bikram yoga, for example, could raise the risk of overstretching, muscle damage and torn cartilage." I tend to agree with the critics in Broad's article who seem to find ego and obsession to be at least as damaging as overzealous neck pivots.

My preferred studio has more vinyasa flow in the mix, but is heavily influenced by Iyengar and outside studies of anatomy. The first thing studio co-director Stephanie Creaturo says when you walk in the door of her class is “Don’t do anything that hurts.” (You can read her thoughtful response to the piece here.) Practicing in an environment of careful attention to each student's boundaries, structure and function is a luxury, but my experience is that, where available, it makes a crucial difference in whether your body gets "wrecked" or not. Broad does say that the yoga boom has meant that "there is now an abundance of studios where many teachers lack the deeper training necessary to recognize when students are headed toward injury." That would seem to be the most profound starting point for change, even if it's less exciting than dropping dead in downward dog.