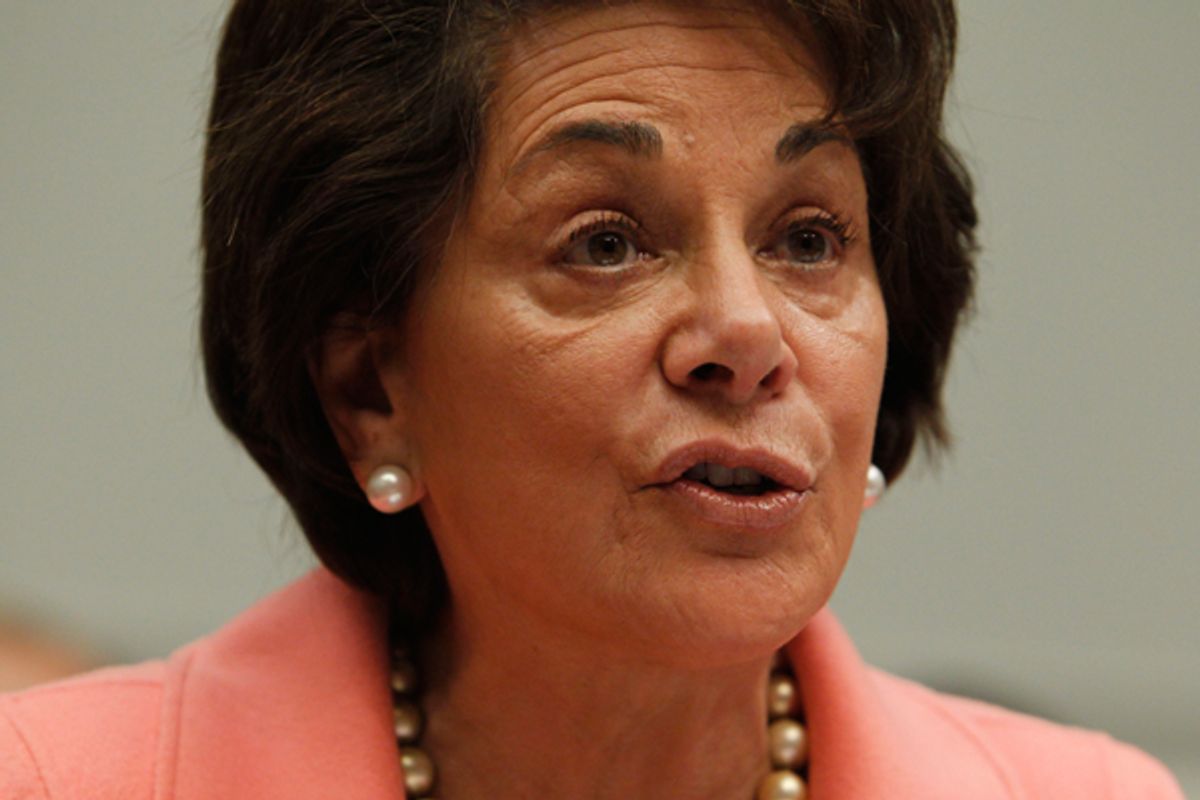 A executive order requiring that federal contractors disclose their electoral spending—by top officers and as corporations—is being reconsidered by the White House despite stiff opposition from the business lobby after it was first proposed last spring, according to civil rights attorneys working on the issue.

“It’s simple—any company that is paid with taxpayer dollars should be required to disclose political contributions,” said Rep. Anna Eshoo, D-California, who has pushed for the White House to issue the order. “With public dollars come public responsibilities, and I hope President Obama will issue his executive order right away.”

The order, if issued, would likely be the only campaign finance initiative to emerge from Washington this year as nothing is expected from Congress. It would take effect after the Federal Acquisition Regulatory Council adopts new disclosure rules. That could come as the 2012 election season moves beyond the primaries and offer a new way to see who is behind the newest independent groups spending millions on political attack ads.

“Most of the major corporate players are also government contractors,” Holman said. “So if we get this executive order approved, we will get a comprehensive picture of how corporations are spending money in elections.”

Spending on federal contracts was $541 billion in 2010, which was about 4 percent of the gross domestic product, according to the Congressional Research Service, and almost 15 percent of the federal budget. The top 100 contractors are some of America’s biggest firms, and include support services for the military overseas, weapons makers, computer companies, telecommunication firms and other service providers. Companies that could fall under the disclosure order employ about 22 percent of the domestic workforce, CRS said.

The proposed executive order emerged last April, where it swiftly drew condemnation from some of Washington’s biggest business lobbies, including the Professional Services Council, the Aerospace Industries Association and the U.S. Chamber of Commerce. Almost immediately, Republicans in the House and Senate began adding amendments to appropriations bills prohibiting federal agencies from collecting the political contribution information as part of the procurement process.

“I rise to call for transparency and disclosure in our system and throughout our government,” Eshoo said, in a typical speech. “In 2002, when we voted to pass the historic McCain-Feingold campaign finance bill, most Republicans voted no, saying we needed disclosure… They said we needed to put spending out in the open and let the voters assess it. Today, when the president proposes requiring contractors to disclose their spending and not to limit it, Republicans are up in arms. They say it will politicize the contracting process. But when contractors can spend money in elections, the contracting process is already politicized.”

In July 2011, Eshoo sent a letter, signed by 62 other House Democrats, urging President Obama to issue the executive order. That letter noted that a handful of states ban forms of political spending by contractors, citing Connecticut, New Jersey, West Virginia and Hawaii. It also noted that since 1994, the Securities and Exchange Commission has barred brokers and securities dealers and their PACs from making campaign contributions to bond-issuing officials. The SEC rule was upheld in court.

“Political expenditures are already well-known to those that make them and to the officials who benefit,” she concluded in the letter urging the administration to action.

However, the White House took no further action after last summer. Meanwhile, every time Eshoo offered a disclosure amendment it prompted a counter measure from House Republicans. The stalemate ended in December, when a compromise was reached. The GOP’s stated objections concerned disclosing political contributions before contracts were awarded—in the bidding stage. The House Republicans withdrew their objection once Eshoo and Democratic leaders agreed to limit disclosure to after federal contracts had been awarded.

The most recent spending bill to pass the House removed those barriers, Eshoo said last month. “Today's compromise omnibus spending bill leaves the President free to require disclosure from any company receiving taxpayer dollars,” she said, alluding to the new window for the White House to move ahead with an executive order.

“Now we have the perfect window to get it done,” Holman said. “The [Republicans' legislative] riders have been removed.”

Neither Eshoo’s office nor Public Citizen’s Holman have seen newer drafts of the executive order since it circulated in April. That initial draft would report contributions to third-party groups, including the super PACs that spent millions on television ads before the Iowa Caucuses—supposedly independent of candidates.