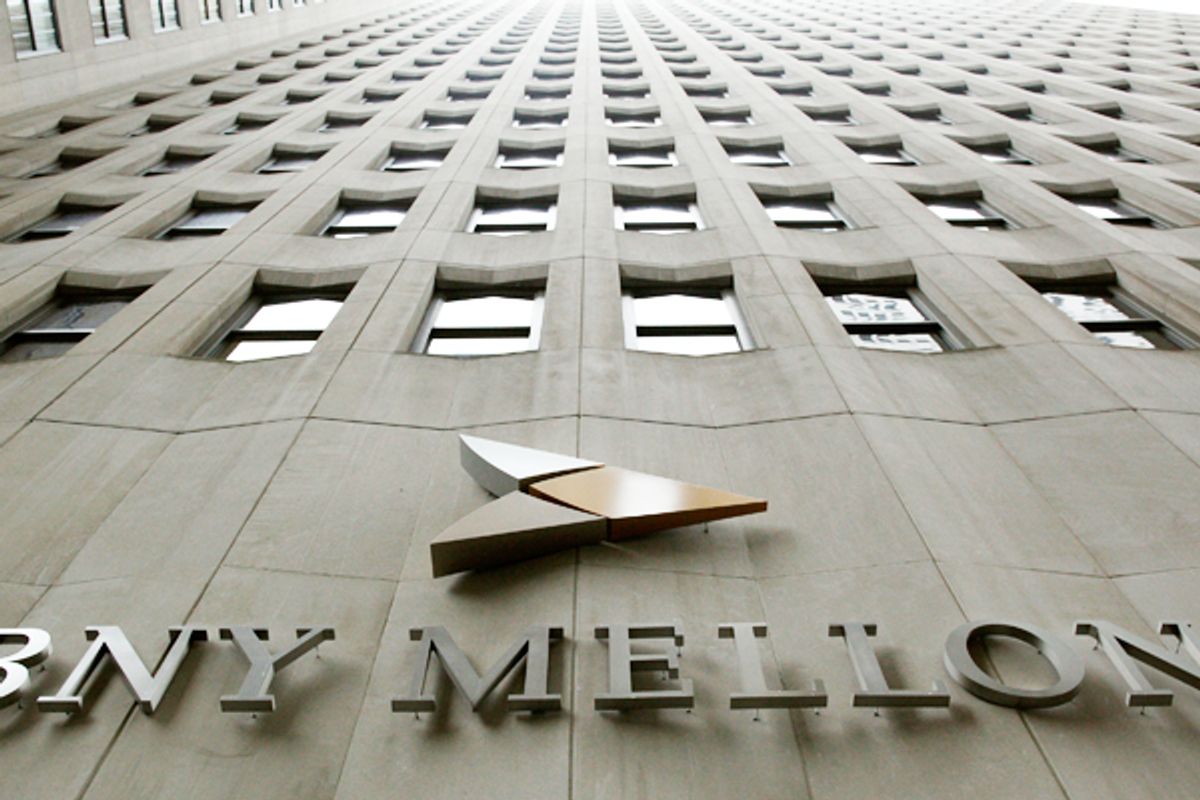 Protesters at one of the last remaining big-city physical occupations in the country, in Pittsburgh, are taking on a large bank in a legal battle over their right to camp in a downtown park.

Pro bono lawyers for Occupy Pittsburgh are in state court today for the second day of a hearing in a case brought by Bank of New York Mellon to evict protesters from a small park next to a BNY Mellon skyscraper. Protesters have used the legal dispute as a way to take aim at BNY Mellon’s business practices and highlight several criminal cases that are pending against the company.

“They’re not the most moral or ethical corporation,” says Jeff Cech, a 28-year-old member of Occupy Pittsburgh. “So what moral grounds do they have to essentially approach another group and say, ‘You’re doing something illegal’?”

Cech says that each night there are about 25 campers at Mellon Green, renamed People’s Park by the occupiers, who arrived on Oct. 15 and have been braving cold temperatures. On weekends that number grows to the 35-40 range. Here’s a report from the local CBS affiliate that gives a sense of what the camp looks like.

At issue in the court case is the status of the park, which occupiers are arguing is designated as an “urban public space” under a city development decision on the building made in the late 1990s. Therefore, they argue, the public should have full and constant access to the park.

Analogous legal issues have played out in New York, where the legal status of Zuccotti Park as a “privately-owned public space” has been a key point of contention in disputes about Occupy Wall Street’s use of the park. The twist in Pittsburgh is that the protesters have also used the legal dispute as an opportunity to shine a light on allegedly unsavory and illegal business practices by BNY Mellon.

“The public should be aware … that BNY Mellon is a criminal enterprise masquerading as a respectable institution in the community,” read a notice flyer (.pdf) posted on the outside of BNY Mellon’s building by protesters as the eviction fight heated up last month. “BNY Mellon is being sued by the attorneys  general of three states for ripping off $2 billion from public pension funds  by overcharging them for foreign currency trades. It is also being sued for $1 billion by the Retirement System of the City of Detroit for keeping the  pension funds’ money in Lehman Brothers even after it became apparent that that bank was in trouble.”

These and other lawsuits against BNY Mellon are also mentioned in court filings (.pdf) by Occupy Pittsburgh, though Cech said he did not think a focus on BNY Mellon’s past behavior was a central part of Occupy’s legal strategy.

BNY Mellon is seeking a preliminary injunction under which occupiers would have to leave the park immediately. I’ll update this post when the judge makes her decision.