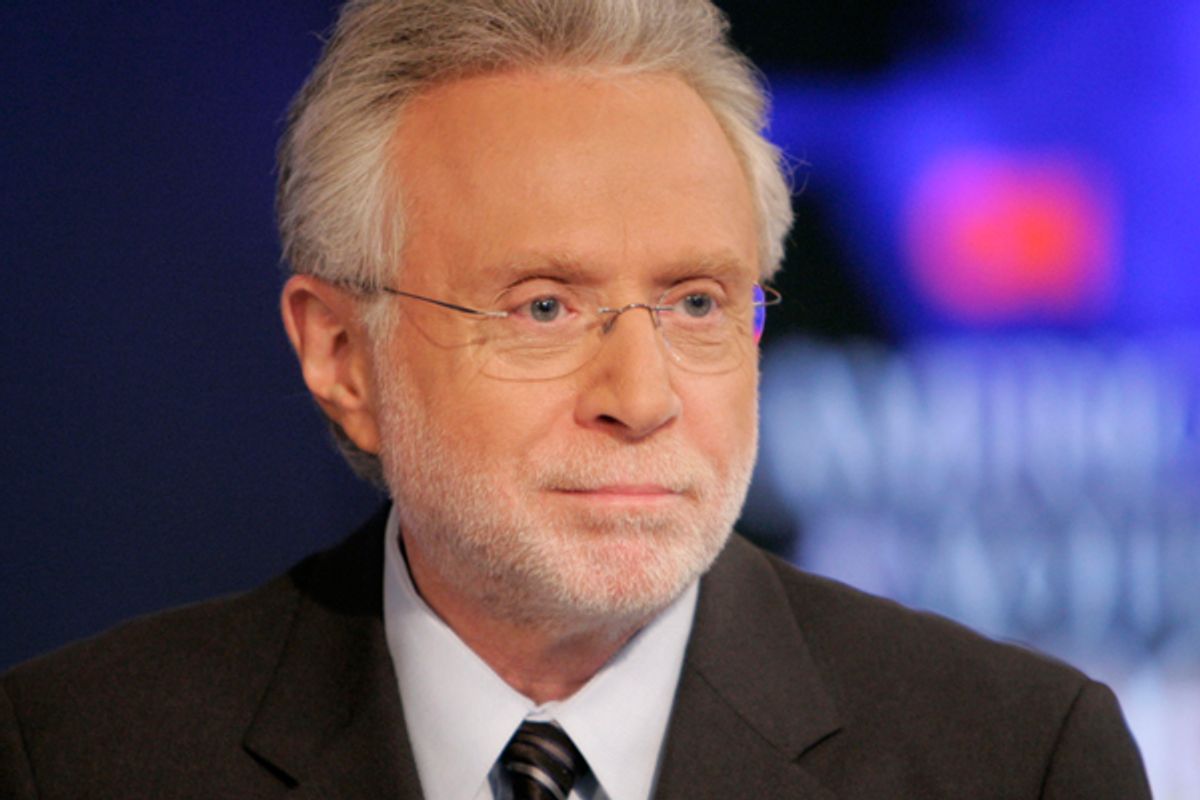 Wolf Blitzer, the face and droning monotonous voice of CNN's breaking news coverage, has written the finest blog post of the year, so far. Blitzer has penned "A salute to politicians," because, really, someone had to.

"I know it will probably sound weird," Blitzer begins, "but I admire these politicians who put themselves out there before the American public knowing full well that all their warts will be exposed big time." We have a breaking news alert for you here in the Situation Room: Situation Room anchor Wolf Blitzer admires members of the political ruling elite.

Politicians, you see, should be admired, because even though they are by and large rich, they still work very hard, every couple years. So says Wolf Blitzer in his essay on politicians, "I admire politicians, by Wolf Blitzer."

Most of them already have lots of money. They could easily coast at this point in their lives and sit back and relax.

Instead, they are working hard on the campaign trail.

I’ve seen them in action, and it’s tough. They get up early in the morning and go to sleep late at night. They have to deliver the same stump speech over and over and over again, and then answer an endless amount of often annoying questions at town hall meetings, at diners and from reporters such as me.

Next time you think about criticizing a politician, step back and think about how early he woke up this morning, and how many times he had to give a boring speech. He might have even had to deal with Wolf Blitzer! Now don't you feel guilty?

Blitzer hits his main theme -- it's admirable that politicians actually get out of bed and do things even though they are rich -- once more and names the politicians he is specifically saluting:

Mitt Romney, Rick Santorum, Newt Gingrich, Jon Huntsman, Ron Paul and Rick Perry could have taken the easy path and relaxed and enjoyed life. Instead of playing golf and hanging out with their children and grandchildren, they are working hard trying to get the Republican presidential nomination. In the process, they are bitterly attacked - often for good reason.

In their pursuit of more power these already powerful men have allowed themselves to be scrutinized and even occasionally criticized, which is quite a sacrifice.

This salute to politicians even ends in the most perfectly CNN-y way possible, by presenting two vague and conflicting viewpoints and refusing to adjudicate between them:

Why do they do it?

The cynics say they have huge egos and are simply seeking power and glory.

That is certainly true of some politicians.

But having covered many of them over the years, I also know some are trying to do the right thing, and I salute them.

"Some say politicians are power-hungry narcissists, others say they are noble public servants. Both sides could be part right, some of the time, most likely."

The sole disappointing aspect of Blitzer's salute is that it includes no musical tribute.