So says the author of a new book on white, middle-class kinksters in the San Francisco Bay Area 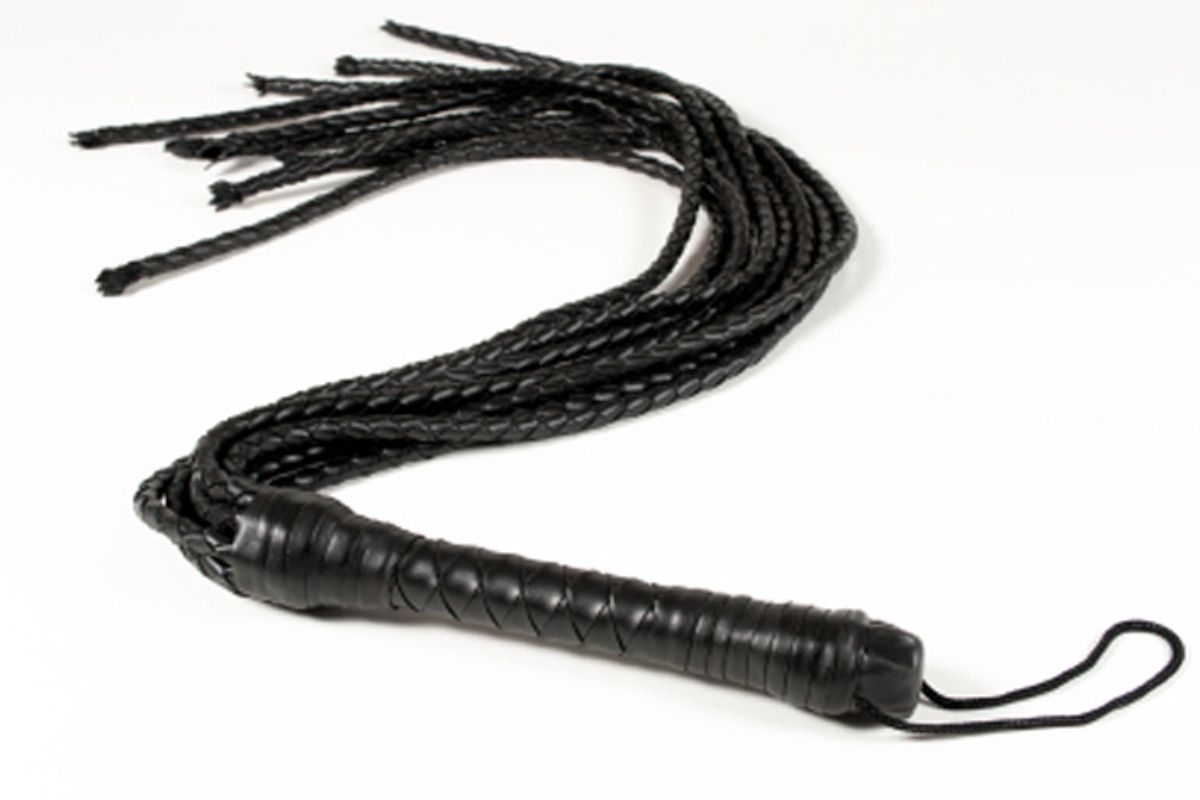 A young African-American woman walked onstage, led by a white man holding a leash attached to a collar around her neck. "As he spoke, he yanked up her dress to display her shaved genitals, and he then turned her around," writes anthropologist Margot Weiss. "Still holding her dress above her waist, he smacked her ass so hard she pitched forward; the leash attached to the collar around her neck stopped her fall."

Then the bidding began.

She also zeroes in on the contradictions of kink: "On the one hand, SM is figured as outlaw: as transgressive of normative sexual values," Weiss writes. "On the other hand, SM is dependent on social norms: practitioners draw on social hierarchies to produce SM scenes." The mostly-white, mostly-middle-class community is itself an example of real-world social inequality: "These [sexual] experiments are more possible and more accessible to those with class, race and gender privilege: heterosexual men playing with sexism, white bodies at a charity slave auction, professional information technology (IT) workers with several rooms filled with custom-made bondage toys."

It was definitely not what I expected. There were way more heterosexual people and they were older than I thought they would be. They were wearing not the most cutting-edge fetish outfits -- they weren't all black leather and riding in on their motorcycles. I realized then that these were people that I was comfortable with, they were professional-class people. They weren't the radical people I expected to find: They were more like my colleagues or like my parents.

You also talk in the book about how the strict rules and regulations within S/M seem to contradict the scene's rebel identity.

People find themselves participating in social formations that they themselves didn’t construct. In the '80s, there was a concern in the scene about federal regulation, the possibility of busts, but also primarily a need to protect people from HIV transmission. The Bay Area leather scene was so decimated by HIV and AIDS, so safety and control became a a major concern for different S/M organizations.

Plenty of people in S/M now hate the rules. They say, "It used to be you could do all this crazy stuff and it was a lot more fun and a lot sexier and now you go to a play party and you start to do something and the dungeon monitor is right there yelling at you, 'That’s not allowed!'" One thing that I found interesting was that resenting the rules was one way that you became a respected S/M practitioner.

People outside of the scene tend to think that S/M is totally wild, there are no rules, people are just doing whatever they feel like doing -- but if you show them a 10-page negotiation form or a checklist or the 20-minute safety lecture that goes into almost any kind of play, people are amazed.

What about the consumerist and capitalist elements that you found?

I was amazed at how much stuff there was to buy; there are toys, manuals, books, classes. A lot of scholars have argued that in late capitalism in the United States, people's identity is about what they consume. In S/M, there is a kind of "work on the self," or self-mastery, that's about different practices, different kinds of technique, but then those techniques are then tied back into toys, different paraphernalia, different kinds of commodities. You become a bondage master in relation to different commodities.

Not everyone in the S/M scene can afford to buy all this stuff. In the same way that whiteness is normative, it's in the center, there is this normative professional-class person who has the money and leisure time to devote to S/M practice, and that is the ideal for consumer capitalism.

S/M is not alone in this. This is just a way that communities based around sexualities work in the U.S. today. But S/M is also a really great example of this, and you can see what that does to the community. People have debates about toys: Are they destroying social connections, did it used to be more authentic? And how now you can just buy your S/M identity, and that creates a lot of anxiety for people.

More so even than gender dynamics, you found some complex and interesting racial issues within the scene.

Most people that I talked to didn’t see S/M slavery play as having anything to do with historical slavery in the United States -- but none of the people of color I talked to thought that this was the case. I talked to an African-American woman in the scene who's well-known for doing race play and she said, "You know, I don’t think these white people ever think about handcuffs and whipping and the slave auction as connected to histories of slavery, but I can’t help but think about that when I play."

So, for me, it’s not that charity slave auctions are simply terrible, politically suspect and clearly wrong, nor is it that they're transgressive and that they open up new radical possibilities.

Debates about S/M so often come down to their ultimate social impact -- whether it reinforces or transgresses sexism, racism and the like. Is that question answerable?

You can’t before the fact decide on the politics of S/M. The way that S/M is talked about in feminist theory, the way it's debated by practitioners,  it’s in the stark pro or con, binary debate. You can't really make these political decisions on such a simplified basis. You have to really ask, "For whom?" There are scenes in my book that really do open up people, get them to think differently, provide a new vantage point for thinking about inequality, but there are other scenes that don’t. The very same scene has different effects on differently positioned people. My book is a call to get away from abstracted thinking about the relationship between sexuality and social power, and to think more concretely, more socially.