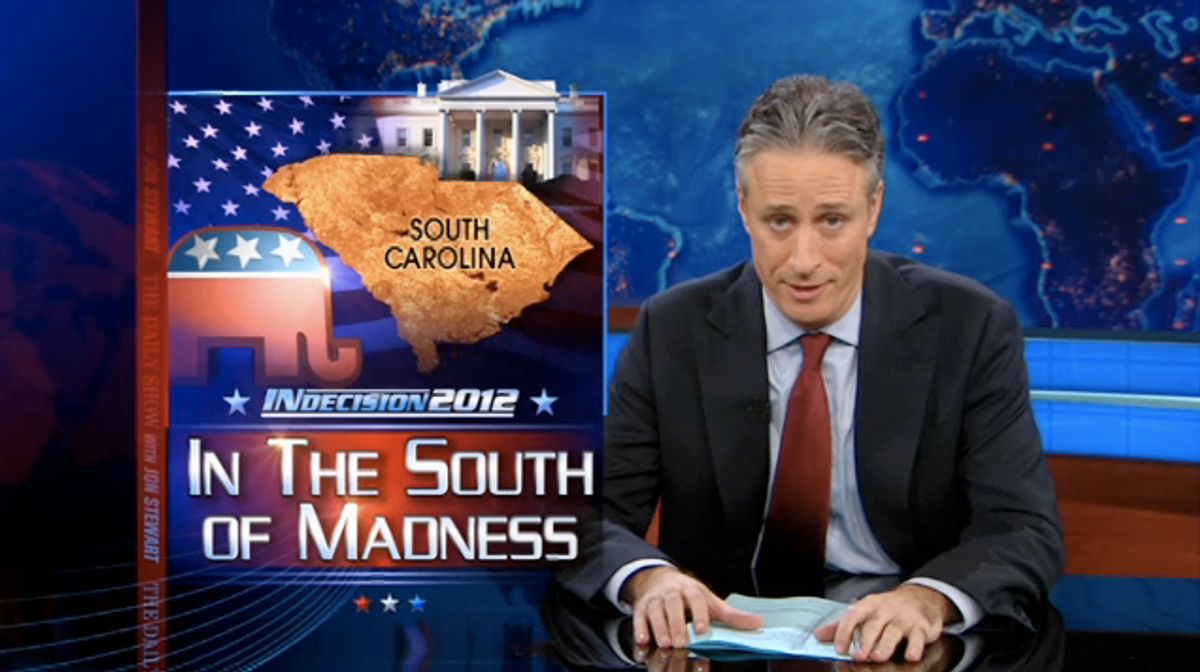 The next week and a half is a pivotal one for the Republican Party. Its candidates for president have their sights set on South Carolina's January 21 primary; and, just three contests into the season, Mitt Romney could lock up the nomination with a win in the Palmetto State. But there are storm clouds on the horizon. However, the other candidates -- let by an angry and embittered Newt Gingrich -- will pour millions of dollars into negative advertising in the next 9 days, making the South Carolina primary the most brutal one yet. Last night on "The Daily Show," Jon Stewart and co. investigated: