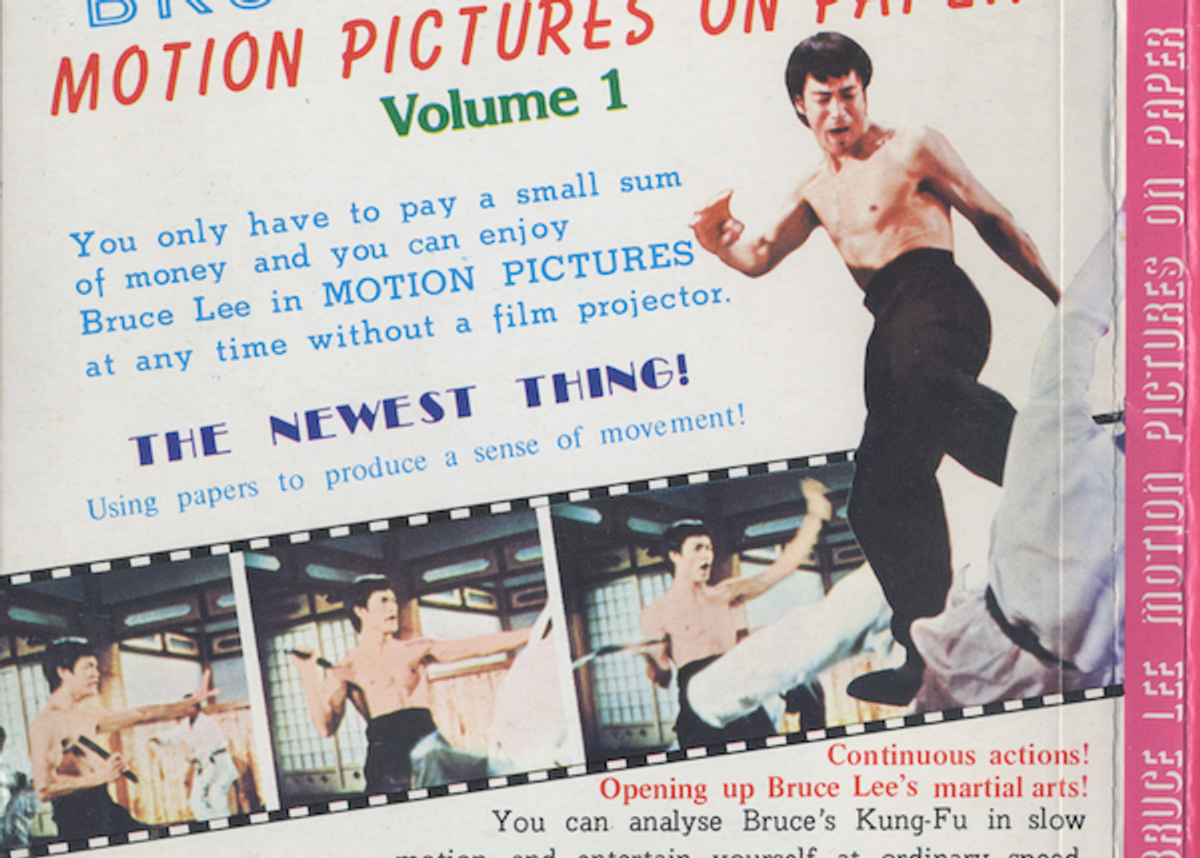 The Bruce Lee craze of the 1970s produced an endless array of merchandise in the hopes of cashing in on the world-renowned martial artist’s popularity -- especially after his untimely death in 1973 at the age of 32. I'd been a fan of his since he'd played "Kato" in the old "Green Hornet" TV series, so I certainly had collected my share of Bruce Lee posters and magazines. One of the more interesting things that I came across and still makes me laugh is a three-volume set of flipbooks that re-create choice action scenes from his films.  I was initially attracted to them from the standpoint of having the opportunity of analyzing how his amazing body moved, but they’re also a hilarious example of foreign-based hard-sell copywriting and package design.

Based on the cover headlines of each volume, you’d think that the publishers had invented the phenomenon known as persistence of vision. “The Newest Thing! Using papers to produce a sense of movement!” says the enticing copy. The design and layout of the sleeves that contain the flip-books are also a nightmare hodgepodge of font combos that assault the eyes ... For instance, I can’t honestly say that my instincts tell me to use a vintage font like Morris Fuller Benton’s “Broadway” to announce the “newest thing.”

Click here to see the flip book in action!

I'm sure I was “inspired” by graphic train-wrecks like the Bruce Lee flipbooks when I designed the title card for the Colbert Report, "Tek Jansen" cartoon series. In this case it was a matter of theorizing how the Stephen Colbert "character" and a guy with questionable taste might design his own superhero’s introduction graphic. In retrospect, I should've done even worse...

Thanks go to Corrie Lebens and Zero Lastimosa for their production skills and help in pulling this post together.