We want you to get pissed about “F**ked”

Our series asks: What happens when your unemployment benefits expire and you still haven't been able to find a job? 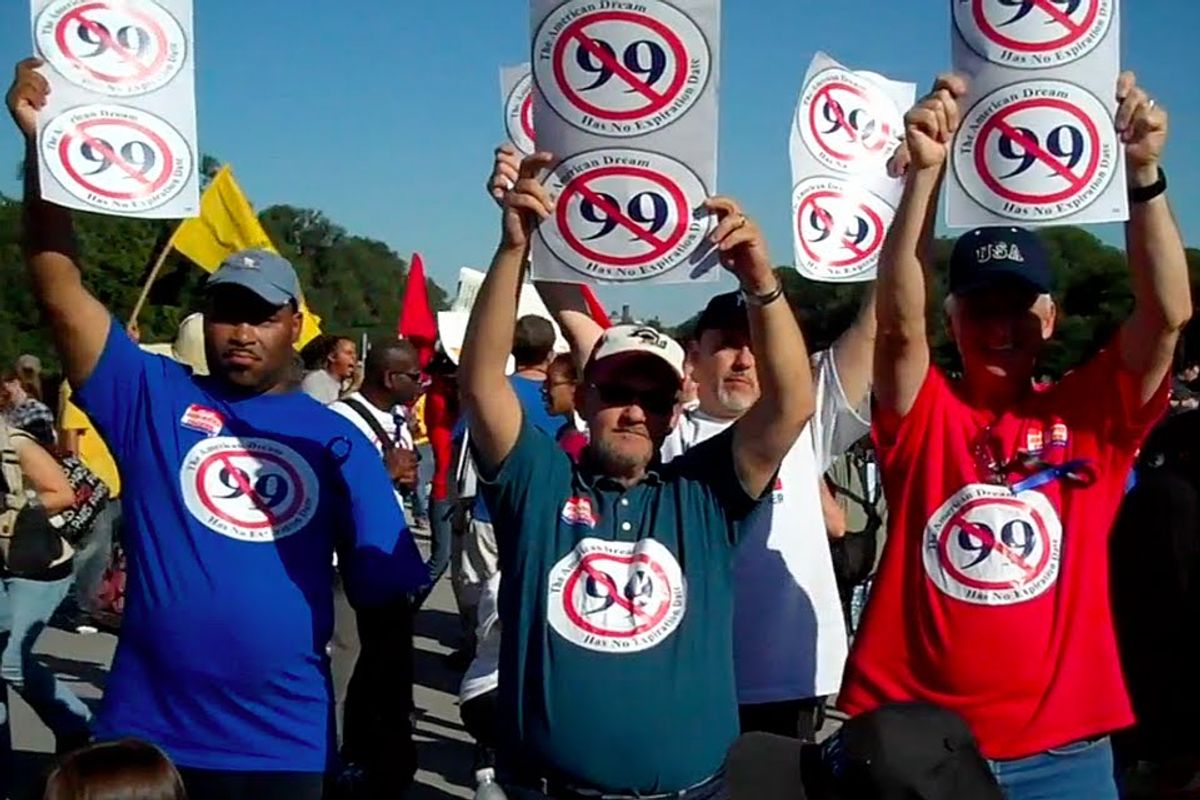 What happens when your 99 weeks of unemployment benefits expire and you still haven’t been able to find a job? Academy Award nominee Immy Humes explores this question in Salon’s upcoming video series premiering Jan. 24.

Humes follows “99ers” in  “F*cked: The United States of Unemployment,” a documentary about the long-term unemployed and their struggle to survive and fight back.

“The mystery of our day is why 30 million Americans remain so invisible, and silent, after so long a time in the hell of unemployment,” said Humes, a filmmaker who has faced the grim reality of unemployment herself. “This series gives a voice to these people who are so often ignored as they hunt for jobs, organize to fight economic injustice, and deal with the stigma of being out of work.”

“F**cked” follows a diverse group of New York City-area 99ers from food pantries to marches to tense confrontations at Occupy Wall Street, tracing the roller-coaster lives of those desperately struggling to survive in the worst economy since the 1930s.

Salon’s goal with this series is not only to show the human impact of our nation’s deteriorating social safety net, but also inspire a conversation with you, our readers and viewers, about what America should be doing to confront this unemployment crisis. Stay tuned in the coming weeks for more articles, call-outs on Open Salon, live webcasts and events where you’ll have a chance to engage on this topic with Humes, 99ers, Salon writers and leaders of national economic justice organizations.

Salon is excited to be partnering on this six-episode series with Humes, a New York City-based documentary filmmaker who has produced stories for PBS, NBC News and Michael Moore – and we look forward to hearing from you on how American can get un-f**cked.

Update: Announcing the F**ked Preview Webcast– Join Immy Humes, the director of Salon's new video series, for a sneak preview of "F**ked" episode one and a live webcast Q&A on January 23 at noon, EST. Salon Core members, log in and click "RSVP" on the Core landing page for webcast link and details.

Quincy McCoy is Chief of Operations for Salon Studio at Salon.