You wouldn't believe how long my flight was!

No, I wouldn't. And you probably didn't climb at 45 degrees or drop hundreds of feet either. We love to exaggerate 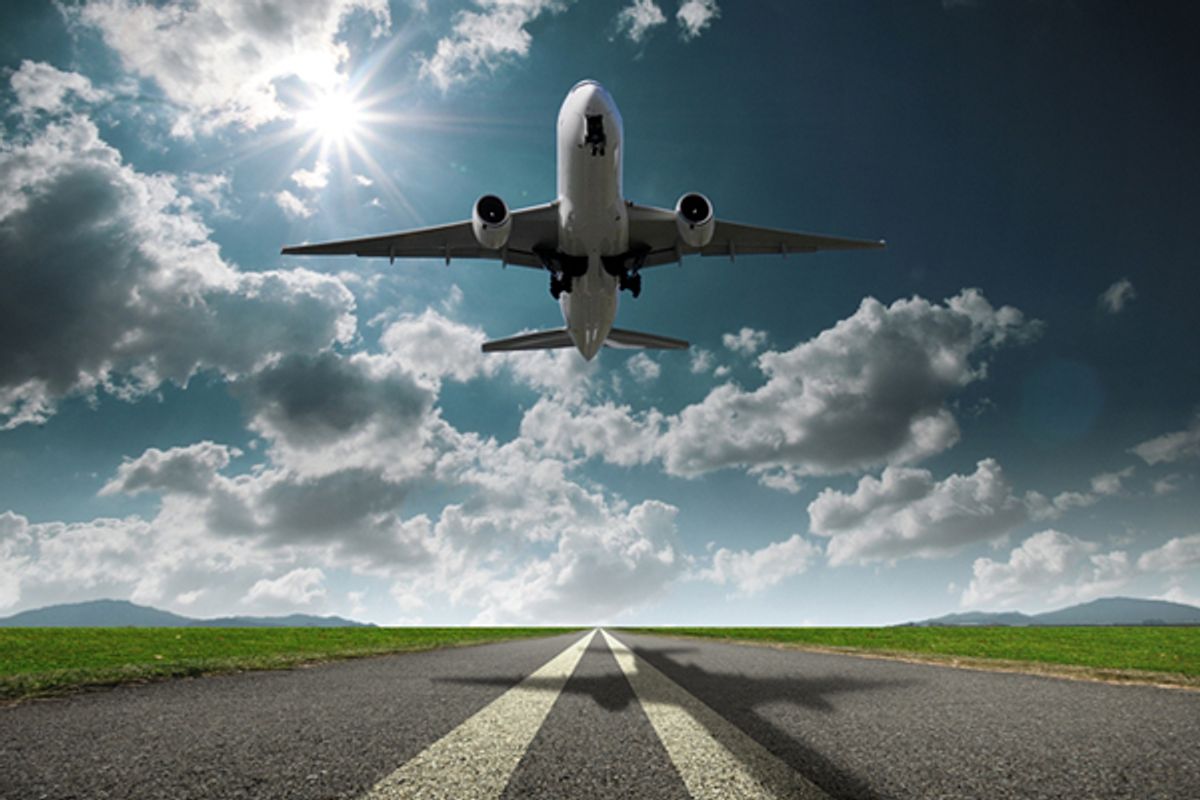 People love embellishing the sensations of flight. They can't help it perhaps -- nervous fliers especially -- but the altitudes, speeds and angles they perceive often aren't close to the real thing.

During turbulence, for example, people believe that an airplane is dropping hundreds of feet at a time, when in reality the displacement is seldom more than 20 feet or so -- barely a twitch on the altimeter.

It's similar with angles of bank and climb. A typical turn is around 15 degrees, and a steep one might be 25. The sharpest climb is about 20 degrees nose-up, and even a rapid descent is no more severe than 10 degrees nose-down.

I can hear your letters already: You will tell me that I'm lying, and how your flight, was definitely climbing at 45 degrees and banking at 60.

And you're definitely wrong. I wish that I could take you into a cockpit and demonstrate. I'd show you what a 45-degree climb would actually look like, turning you green in the face. In a 60-degree turn, the G forces would be so strong that you'd hardly be able to lift your legs off the floor.

Also routinely exaggerated are the flight times between cities.

Actually it takes about 20 hours. Six hours to the West Coast, then another 14 or so from there. Maybe less, depending on winds and weather.

In his book "The Second Plane," Martin Amis claims that it takes 10 hours to fly nonstop from Washington, D.C., to London-Heathrow. It does not. Neither does it require another 10 to reach Kuwait City from there. Those legs are about seven hours and six hours, respectively.

In the January 2012 issue of Harper's magazine, a memoir by Alexandra Fuller describes it taking 12 hours to fly from Wyoming to Mexico City, via Dallas. "Having flown twelve hours through the Christmas midnight." Really? Twelve hours to go 1,500 nautical miles? That's an average of 125 miles per hour. Even a four-seat Cessna can beat that.

(Somewhat offsetting this gaffe, in the same issue of Harper's, as part of his "Easy Chair" essay, the great Thomas Frank gives a rare shout-out to the '80s punk-pop band the Dickies.)

Of course, maybe it depends how we define a flight. Is it merely the time spent in the cabin, or the journey in full, curbside to curbside: the time checking in, waiting in the security line, connecting between flights, and so forth? Some people obviously include the whole shebang, but I don't think that's fair. Too many variables. A 10-hour layover at the airport in Dubai might add to your travel time, but that's not flying.

At least by my definition, no flight anywhere lasts longer than approximately 18 hours. That being the length of Singapore Airlines' nonstop between Singapore and Newark, the longest scheduled flight in the world. They use an Airbus A340 decked out in an all-business class configuration.

On one hand 18 hours sounds excruciating, but knowing that airline's reputation for service and the over-the-top amenities found on its planes, I suspect many passengers are sad when it's time to land.

Numerous readers have written to ask what I think about the recent Popular Mechanics story on the findings pertaining to the 2009 Air France disaster.

I normally don't have nice things to say about aviation coverage in the media, but this story, written by Jeff Wise, was excellent. It was the best analysis of the accident that I have seen. (Caution: The version that ran in Huffington Post wasn't nearly as good.)

What I especially appreciated is that he didn't go hunting for a single tangible cause or try to explain the unexplainable. Why did the crew become so disoriented and react the way it did? Nobody really knows. We can't know.

One of the article's more interesting aspects pertains to the design of the Airbus sidestick controllers. Unlike conventional steering columns, which are physically connected and move in unison, the Airbus sidesticks feature asynchronous loading, meaning that inputs made on the captain's side are not seen or felt on the first officer's control, and vice versa. Only when contradictory inputs are made does this system register an alarm. While there are valid engineering and human-factor reasons for this design, in the Air France cockpit that night, when all hell was breaking loose, it's possible that the pilot in the left seat simply didn't recognize that his colleague in the right seat was inadvertently flying the airplane into a stall.