Republicans campaign for votes in a state that is proud, reactionary and a little crazy 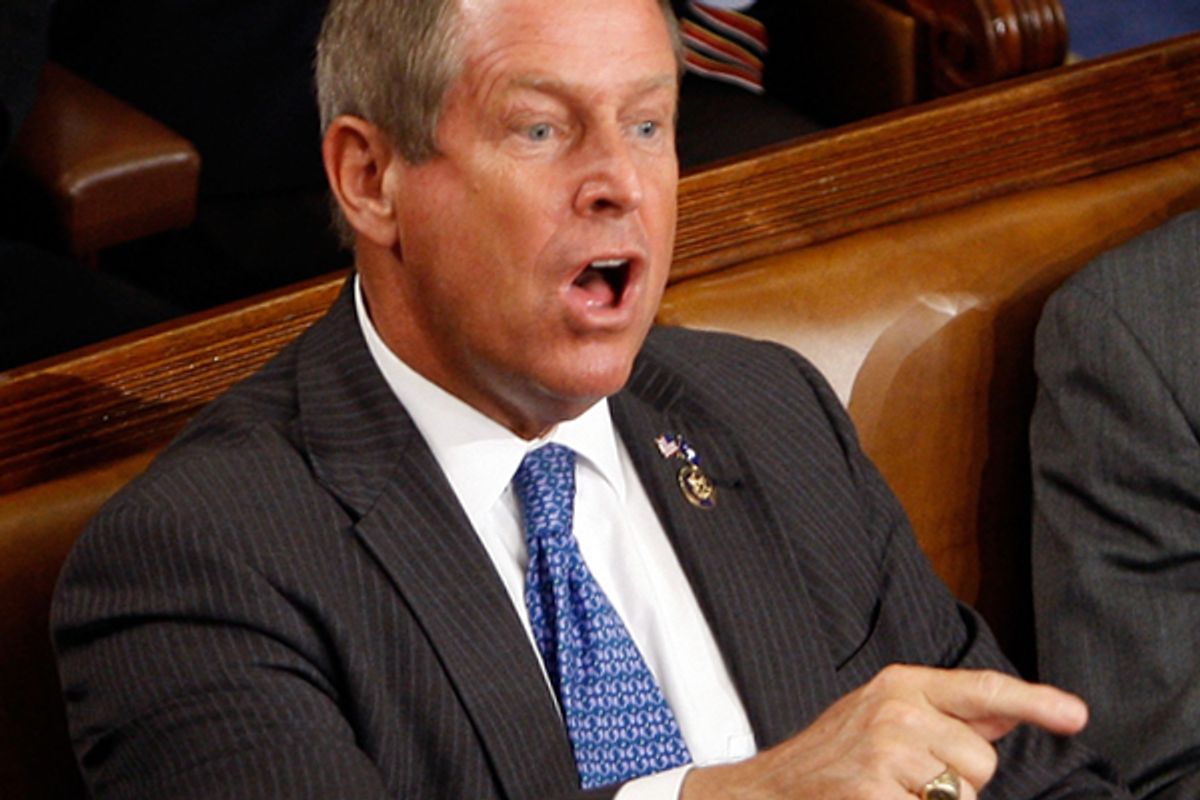 Throughout its troubled, troubling history, South Carolina has been America’s agent provocateur, a political troublemaker vastly out of scale to its ranking as the nation’s 26th most-populous state. Today, with South Carolina’s primary around the corner, its role of national turd-disturber is heightened by the fact that since 1980 every successful Republican nominee for president has won the South Carolina primary.

South Carolina’s role as national bellwether bad-boy was cemented long ago, in 1861, in fact, when unionist attorney James L. Petigru, possibly the last sane man in antebellum Charleston, complained about his state’s secession from the American Union, decrying, “South Carolina, too small to be a republic, too big to be an asylum.” It should thus be no surprise that this coming Saturday, a tiny number of South Carolinian Republicans have the opportunity to place their loony imprimatur on the upcoming national election.

In the 150 years since South Carolina played a key role in precipitating the Civil War, politics in the Palmetto State have regularly lived down to James Petigru’s epithet. How else to explain the hubris, arrogance and/or sheer stupidity that are key motifs for modern-day South Carolina politics. Reference the romance-besotted former Gov. Mark Sanford, the socially extreme Sen. Jim DeMint, and Rep. Joe Wilson who stunned the nation at the 2009 State of the Union with his dissing of the president, calling him a liar on national television from the floor of the House.

South Carolina’s disproportionate sense of reverse manifest destiny actually began in colonial times. It resided in such proud achievements as being the British/American penal colony with the highest percentage of slaves, over 40 percent of the total population. Throughout the 1700s, Charleston was America’s wealthiest city, buoyed by the plantation economy and slave trade. So important was slavery that in 1740 South Carolina’s colonial Legislature passed the “Negro Act,” actually forbidding owners from freeing their slaves without official say-so.

At the start of the Revolution, South Carolina informed the Continental Congress that it would refuse to sign the Declaration of Independence unless slavery was recognized. South Carolina even demanded the right to disregard an embargo on trade with Great Britain agreed to by the 12 other colonies. It was an exemption that allowed South Carolina to maintain its lucrative rice trade and remain among the richest colonies throughout the Revolution, which it largely sat out, happily occupied by the British army.

Particularly chilling about Rep. Wilson’s outburst was its recollection of a May 1856 incident that foreshadowed the death of civility on the road to Civil War. Several days after Massachusetts’ abolitionist Charles Sumner gave a speech denouncing slavery, he was beaten unconscious on the Senate floor by congressman Preston Brooks of -- where else? -- South Carolina.

South Carolina still proudly refers to itself as “the birthplace of secession,” the first state to depart the Union following the 1860 presidential election. Throughout those dark days as one after another Southern state left the Union, a bell christened “Secessia” tolled the news in South Carolina’s capital, Columbia. It was in Charleston, however, that Civil War hostilities actually began when hotheaded South Carolina secessionists shelled Fort Sumter in April 1861.

In many respects, the Civil War has never ended for South Carolina, with the state at the same time celebrating its role as the heart of rebellion, while insisting it is the innocent victim of William Tecumseh Sherman’s Army of the West. To this day many South Carolinians blame “Uncle Billy” Sherman for the thoroughness of his army’s arson. Sherman’s response was as tart as it was righteous: “Though I never ordered it, I have never shed many tears over the event because I believe it hastened what we all fought for, the end of the War.”

Reconstruction followed war’s end, and then came the darkest times during which South Carolina enacted the “Jim Crow” laws making life living hell for former slaves and their descendants. The sheer inventiveness of segregation in South Carolina was fiendish. In 1915, for example, the Legislature passed a law barring white and black textile workers from occupying the same factory spaces. The Klan operated freely in South Carolina, which practiced American apartheid under the tutelage of arch-racists like Sen. Strom Thurmond. As late as 2000, the Confederate flag flew over the state capitol in Columbia, its status legislatively protected through a bill by then state Sen. Joe Wilson.

The blood sport that is politics in South Carolina has produced some of the most heinous campaigns in recent American history. There was, for instance, the vicious whisper campaign about a colored child that George W. Bush’s campaign employed in 2000 to torpedo the candidacy of Sen. John McCain. There was the innuendo in 2008 about various adulteries allegedly carried on by current Gov. Nikki Haley. And then there is the current spate of slasher political ads being broadcast by the Gingrich, Perry and Romney campaigns in South Carolina today. Their gleeful use helps second, with a slight revision, James Petigru’s epithet: “South Carolina, too small to be a republic, right size to be an asylum!”