Slide show: As \"Justified\" returns for Season 3, a look back at the classics that defined the genre 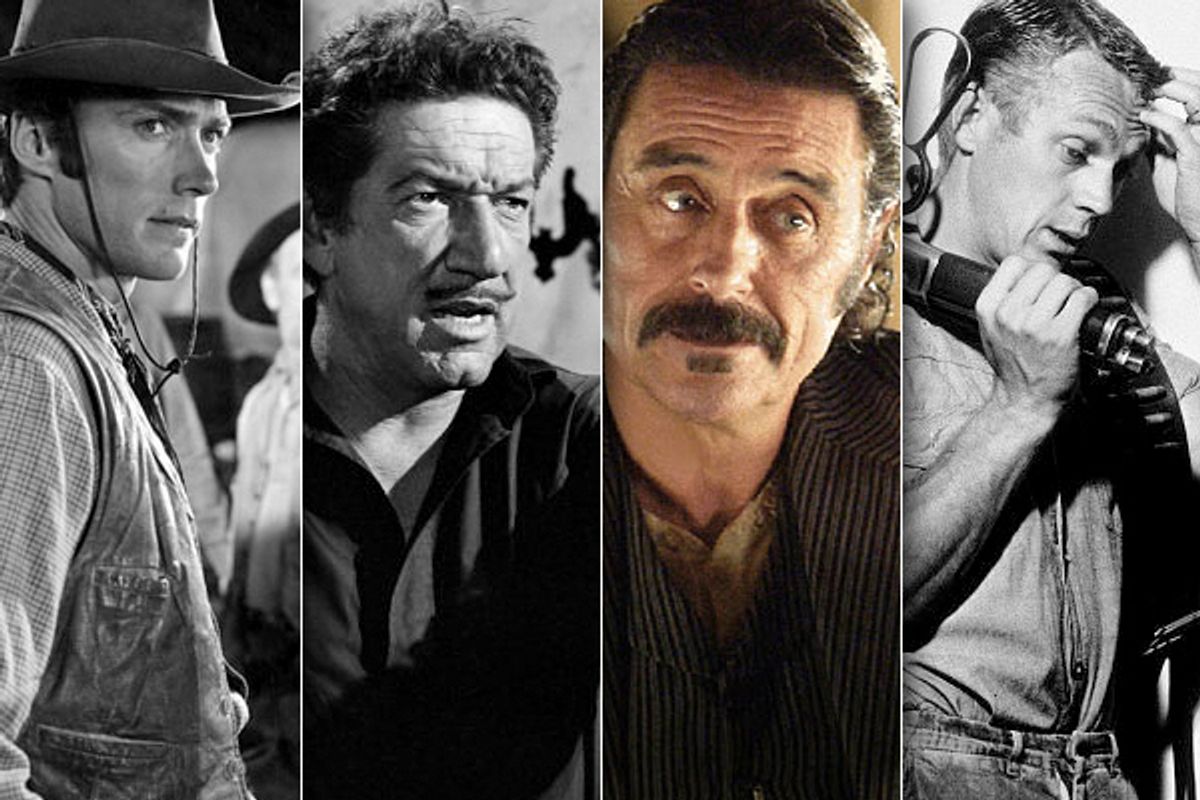 Funny how the cock of a six-gun can trigger loose talk of the return of the western to TV. But the heyday of the ’50s could never be replicated.

The world of cowboys and cattlemen was so ingrained with early television that there’d literally be dozens of westerns on the schedule at one time, even though there were only three channels. To add to the seeming glut of the genre, the black-and-white theatrical shorts of the singing cowboys fit perfectly with half-hour formats of the new medium. The bang, bang, bang of prairie battle was the go-to image any time anybody else on TV had the set on.

But the fervor for the western seemed to die about the time color TV started to take over. What was once so sweeping in its dusky gradations of monochromatic chiaroscuro turned suddenly to murky dust.

With a handful of big audience exceptions, mostly in the '60s, the lucrative ranch turned into a ghost town.

Television has occasionally tried to remake the western over the years, usually one show at a time (each one announcing it would herald a hi-ho ride back). But more often, networks would tinker with the format to fill the boot with other genre traditions in hopes of finding something new enough to produce an offbeat hit. Conversely, shows in other traditions, from city detective to spaceship, picked up all the signifiers of the westerns to tell their stories.

With TV’s great current western, “Justified,” about to start its third season on FX Tuesday at 10 p.m., with Timothy Olyphant as steely-eyed U.S. Marshal Raylan Givens, a character that tumbled out of an Elmore Leonard novel, cleaning up his corner of the West (well, Kentucky), our mind turns to the 10 greatest TV westerns that preceded it and in many ways set the style.