What was J.D. Salinger working on?

The reclusive author died two years ago. We've learned lots about his life since, but one big question remains 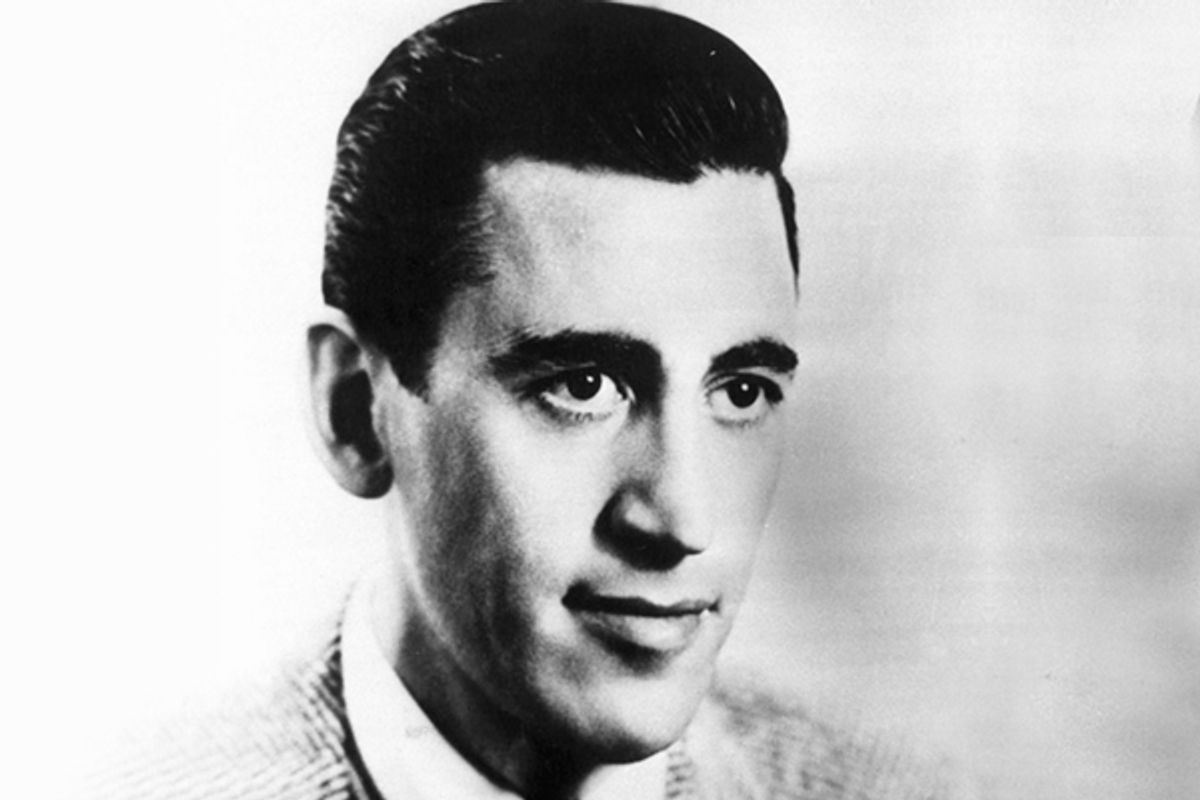 When it came to his work, J.D. Salinger was the ultimate control freak. He strove for absolute perfection in his writing and sought complete power over its presentation. He ordered his photo be removed from the dust jacket of "The Catcher in the Rye," fought with numerous publishers over his book’s content and presentation, and his disdain for editing was legendary. When a copy editor at the New Yorker dared to remove a single comma from one of his stories, Salinger snapped. “There was hell to pay,” recalled William Maxwell, and the comma was quickly reinstated. Recently uncovered letters demonstrate how the author repeatedly refused any film adaptation of his classic novel. He felt no actor could properly fill the role of Holden Caulfield, although he quipped to Ernest Hemingway that he might be persuaded to play the part himself.

In a way, Salinger is still exerting similar control over our ability to define his legacy two years after his death on Jan. 27, 2010 – and he is using his writings to maintain that control. The difficulty in defining Salinger’s legacy stems from his decades of seclusion after his last publication in 1965 and the stubborn hope of millions that he continued to write for the next 45 years.

What have we learned about those years since Salinger’s death?

We now know that the author had an ironically un-Zen-like penchant for Burger King (a curious revelation considering we somehow imagined him consisting on a diet of bean sprouts) and he was not above taking a bus tour of Niagara Falls.

He was enthusiastic about the ballet, reveling in a 1951 London performance of "Swan Lake" and a 1982 Balanchine presentation at the all-too-phony Paris Opera House. That same year, Salinger lamented that only two “people” had ever truly known him: his son, Matthew, and his dog, Benny, the serene schnauzer that Salinger had brought home from Germany in 1946 and who had died nearly 30 years before.

For a time, Salinger seriously considered abandoning writing altogether and devoting his life to Eastern religion, a choice that would likely have involved joining a monastic order. Salinger reconsidered. He found “the chase” of pinning down a good story more enticing than a lifetime of meditation.

We’ve also learned of Salinger’s passion for sweaters, his fondness for tennis and baseball, his late-life interest in Christian Science, and his enduring devotion to the Vedantic branch of Hinduism. The author sent holiday greetings to the Ramakrishna-Vivekananda Center of New York every year from 1952 until his death in 2010, usually accompanied by a generous donation.

But these facts amount to little more than inconsequential trivia when compared to the overriding question that the world is still asking: What was Salinger writing all of those years, and is it any good?

If the fistful of Salinger letters that have emerged since 2010 impart any significant news, it is the constant confirmation by Salinger himself that he was indeed still writing during the decades of his seclusion and amassing a considerable body of work. Pages that dissatisfied the author, he burned rather than risk them being retrieved from the trash. A fire that destroyed much of his home in 1992 providentially spared his writing studio where he stored his manuscripts, convincing Salinger to purchase a small fireproof vault in which to safeguard the trove. Neighbors recall him, even at age 90, intently filling in a small notebook he apparently carried everywhere.

These and numerous other references are tantalizing clues to what may potentially prove to be the greatest group of posthumous publications since Kafka – and the hope of Salinger enthusiasts worldwide. But where is Salinger’s Max Brod?

So far, the world has been denied access to Salinger’s legendary hoard of unpublished works and his estate (which legally consists of his widow and son) has refused to acknowledge even the existence of the mysterious manuscripts, much less offer any hope that they will be made available to an anxious reading public. In all likelihood, that decision relies upon Salinger’s last will and testament, the contents of which are rumored to contain a clause requesting that the author’s family wait a number of years before publishing anything new, if only to forestall Salinger’s own fans from dancing on his grave.

And that’s the problem we face in defining Salinger’s legacy. It is impossible to judge the last 45 years of his life without knowing what he was writing at the time.

Suppose Salinger completed a dozen books while holed up in Cornish and left them for his heirs to sort through upon his death. If they all consist of "all work and no play makes Jack a dull boy," then Salinger's reclusion will be viewed as a selfish act, void or even destructive of creativity, and he will retain his reputation as having been an eccentric recluse.

But if Salinger’s manuscripts contain a single book or story that rivals the effect or quality of "The Catcher in the Rye," then Salinger's withdrawal will be judged very differently, indeed. The author, whose refusal has been long ridiculed and resented, will be regarded as a monastic genius who resisted the lures of the world in order to serve the requirements of his unique creativity.

Rumors and stories about J.D. Salinger in his later years are numerous and offer a voyeuristic fascination with a life otherwise concealed. Yet few would argue that the overwhelming contribution of Salinger’s life was to American literature and that he is best assessed as a writer and not as a folklore oddity. It is exactly that standard of evaluation that has left him gatekeeper of the scales. The author, who was famous for demanding control over every detail of his work while living, is still in control. In a sense, J.D. Salinger has been able to cheat death because – in the continued absence of his unpublished manuscripts – he has managed to deny us the ability to measure the second half of his life and to determine his full impact upon literature. Two years on, we are no closer to cementing Salinger’s legacy than we were on the day that he died.

Kenneth Slawenski is the author of "J.D. Salinger: A Life" (Random House), which is now in paperback.