The first rule of being a Romney surrogate: Don’t make his tax problem worse! 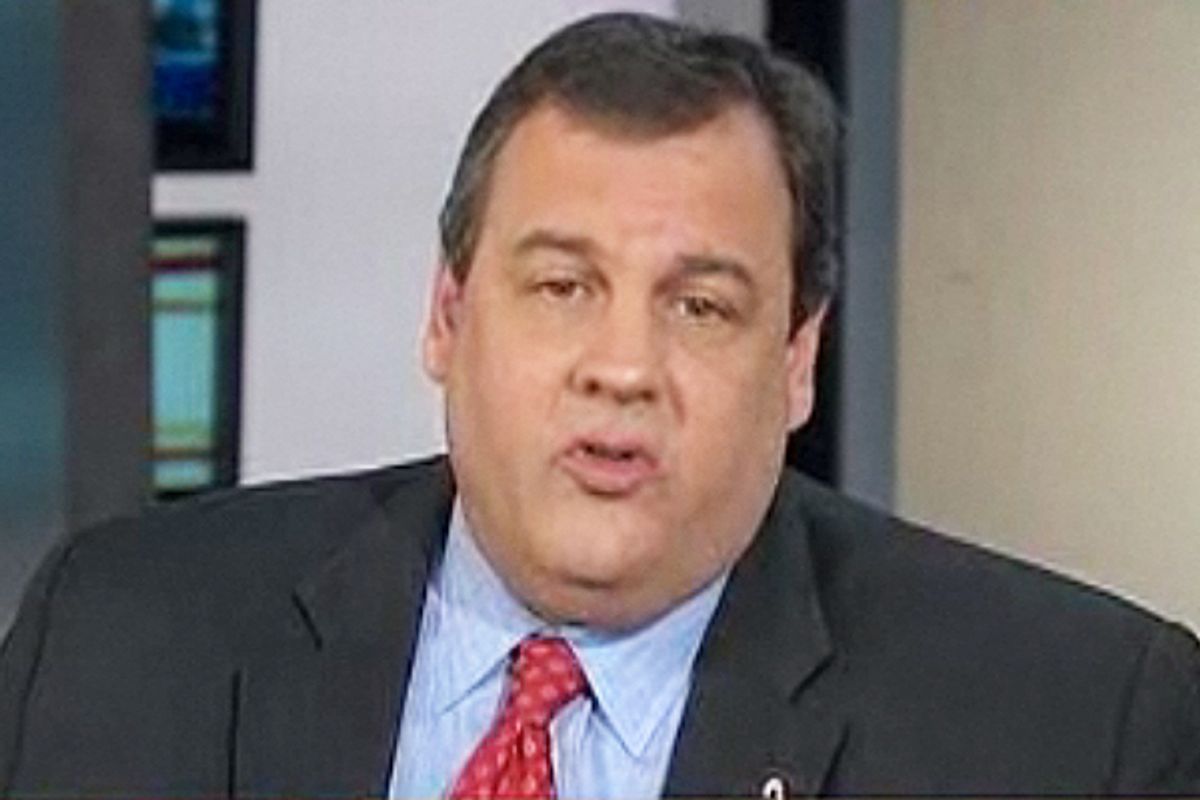 In Monday night's debate, Mitt Romney seemed surprised by a direct question from the Wall Street Journal's Gerald Seib: Will you publicly release your tax returns? That Romney wasn't ready with the sort of glib, pre-rehearsed non-answer he has expertly delivered to sensitive questions throughout the GOP debate season was itself surprising. Democrats have been making no secret of their desire to press the tax issue and one of Romney's rivals, Rick Perry, had even raised it earlier in the evening (with Romney artfully ducking it).

In response to Seib, Romney stumbled around and kind of, sort of committed to maybe thinking about releasing his tax records in April, claiming there's a tradition of presidential candidates doing so around Tax Day. Clearly, this is not something he wants to do or wants to be talking about at all. Which makes the comments of his top campaign surrogate, New Jersey Gov. Chris Christie, on Wednesday's "Morning Joe" decidedly unhelpful:

"The way that I've conducted myself in my public life all along is I've released all of my tax returns. And I did it during the campaign -- went back a number of years and released my tax returns. And I released them every year after I filed them -- right after I filed them -- to the public in New Jersey so they can see everything. And I think that's the right way to go and that's what I would tell Governor Romney to do. Now, he says he's going to release them in April. I hope he does. The fact of the matter is, that's what I would advise him to do."

For good measure, Christie made the same basic statement on "Today" as well:

“I would say to Governor Romney is that if you have tax returns to put out, you know, you should put them out sooner rather than later because it’s always better in my view to have complete disclosure, especially when you’re the front-runner."

Christie has accomplished two things here. The first is that he's made Romney's tax problem much worse. Romney's slipperiness on Monday night generated new interest in the story, leading reporters to follow up on the campaign trail on Tuesday, with Romney admitting in South Carolina that his effective tax rate is "probably closer to the 15 percent rate than anything" -- meaning that Romney, because much of his income is from investments, likely pays a much lower rate than people with a fraction of his earnings. The news on Tuesday that Romney's father, George Romney, went out of his way to release 12 years of his own tax records when he ran for president in 1968 drew more attention to the story, and now that Romney's chief surrogate is publicly telling the candidate to put his returns out, the media has yet another reason to pester Romney. Romney's goal, apparently, is to avoid releasing anything until after he's sewn up the Republican nomination (if he can't avoid releasing them altogether, that is). But Christie's words will make it harder for Romney to justify waiting until April.

The other thing Christie accomplished Wednesday morning was to demonstrate why he would be such a bad fit as Romney's vice-presidential candidate. It's not just that he strayed from the script and undercut his own candidate, though that's part of it. It's also that he doesn't need the V.P. slot like another ambitious politician might. After all, he was booked on two premier national morning shows on Wednesday because of who he is -- the colorful, unpredictable governor of New Jersey. His association with Romney was secondary. In other words, Christie has already built his own national brand, and it will endure even if he's not Romney's running mate. In fact, serving as Romney's No. 2 would weaken his brand, because of the pressure to conform to campaign messaging and to rein himself in.

"I don't think I'm the type of personality who's going to be asked to be vice president by anybody," Christie said at the start of his "Morning Joe" appearance. He more than backed those words up.