Don't confuse them with al-Qaida. It's time to start negotiating our way out of Afghanistan 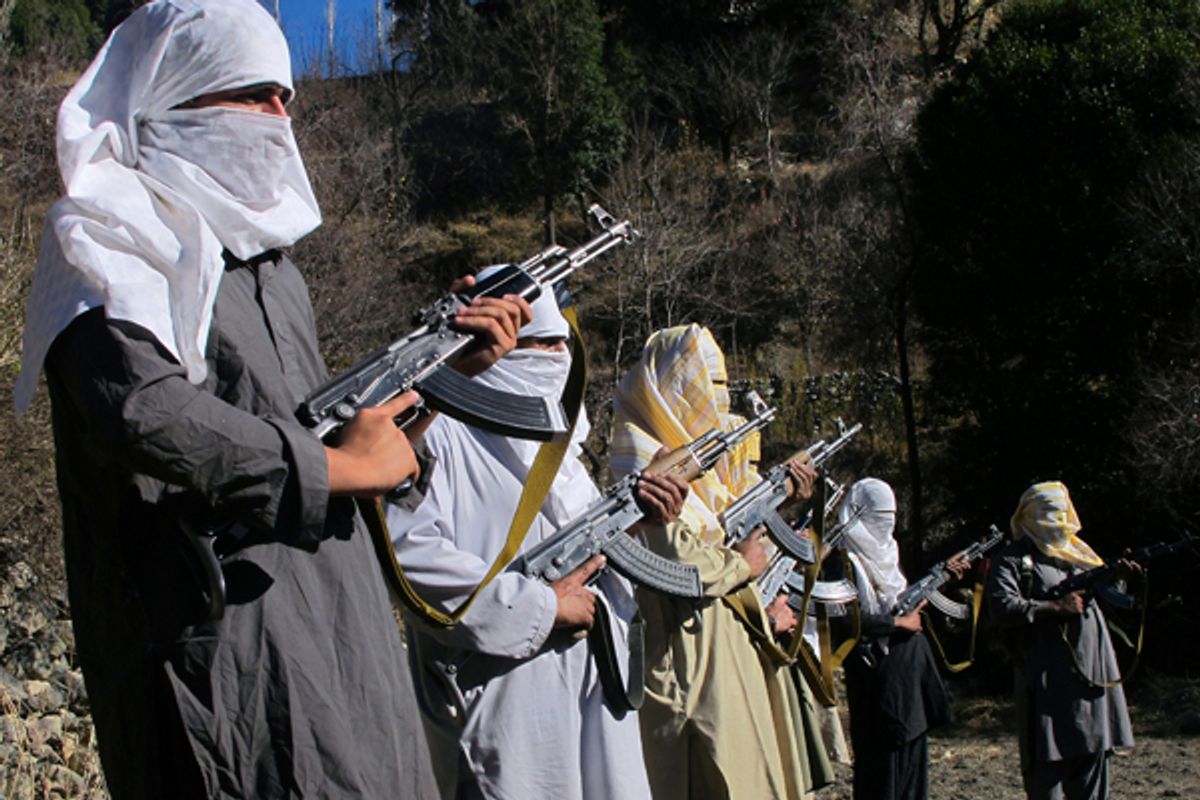 Soon after 9/11, President Bush ensured that al-Qaida and the Taliban were conflated in the American imagination. “If any government sponsors the outlaws and killers of innocence, they have become outlaws and murderers themselves,” he said in his speech announcing strikes against Afghanistan.

Now the United States faces the opposite problem: decoupling the Taliban from what remains of al-Qaida. Vice President Joe Biden was guilty only of being impolitic when he conceded in December that the Taliban per se are not America’s enemies. Thankfully, reports of low-level talks between the Taliban and the U.S. and/or the Afghan government are now as plentiful as heroin poppies. But these preliminary, scattered negotiations are not enough; the United States needs to dialogue with the Taliban to extricate itself from Afghanistan.

Of course, negotiating with the Taliban is unseemly. For one thing, the group is a horrible combination of medieval and modern Islamist brutality. Its marriage of totalitarianism and an extreme interpretation of Islam has made the Taliban among the most notorious human rights abusers in the world. And, of course, it has killed scores of Americans and Afghan civilians. For another thing, the United States and its allies have declared their commitment to improving the welfare of the people of Afghanistan. “The oppressed people of Afghanistan will know the generosity of America and our allies,” Bush declared in that same October 2001 speech. Peacemaking with the Taliban will mean abandoning Afghanistan at least in part to the Taliban. Americans can eventually leave the Taliban behind; the Afghans who oppose them cannot.

Nonetheless, it has become clear to most experts that the Taliban and the United States must meet at the negotiating table. After a decade of fighting, the Taliban has demonstrated both its resilience and its deep support in the Pashtun community. “It is manifestly obvious that the Taliban can’t be defeated,” says Anatol Lieven, author of "Pakistan: A Hard Country." Extending a policy of refusing to talk with the group only consigns Afghanistan to a state of permanent war, he says. That war has devastated Afghans and cost the lives of more than 1,000 American soldiers.

It is unclear how much power the Taliban would have in a post-American Afghanistan. The Taliban has not made its positions clear, although it has relinquished its refusal to talk until all foreign troops have left Afghanistan. Lieven believes “there is no chance of the Taliban conquering the whole of Afghanistan” once the coalition leaves; he believes not even the Pashtun cities will be re-Talibanized. The Taliban’s role in Kabul would be limited. “The best thing for Afghans — and for the Americans — is a peace settlement with a limited Taliban role,” Lieven says.

Not everyone is as sure about the Taliban’s limited abilities. John R. Schmidt, a Pakistan expert formerly with the State Department, says he worries about the re-Talibanization of Afghanistan. “Remember that before 9/11 the Taliban had brought 90 percent of the country under its control,” he says. Still, even Schmidt agrees that talks must take place between the U.S. and the Taliban. “Nobody thinks the Taliban can be defeated” in a reasonable time frame, he says. “If we don’t talk, we preclude the possibility of a political settlement.”

The latest news is that the Taliban are getting more serious about negotiating, setting up an office in the Gulf state of Qatar. At this point, the position of the Americans is unacceptable to them: keeping bases as well as American soldiers in Afghanistan. Lieven suggests those positions be modified to focus on a) the complete exclusion of al-Qaida members; b) the Taliban’s recognition of the Afghan constitution, or at least its renegotiation; and c) a crackdown on the heroin trade. These compromises would maintain essential American interests while being more palpable to the Taliban.

Perhaps, then, the most important question is when an American government will be willing to be honest with the American people and tell them the Taliban are here to stay in Afghanistan. Only then can Afghanistan look forward to a measure of peace and stability. With the Taliban a permanent presence, however, nobody should have any illusions about how pretty the peace will be.