Could it really be that the lawmakers responsible for legislating the Internet have no idea how it works? 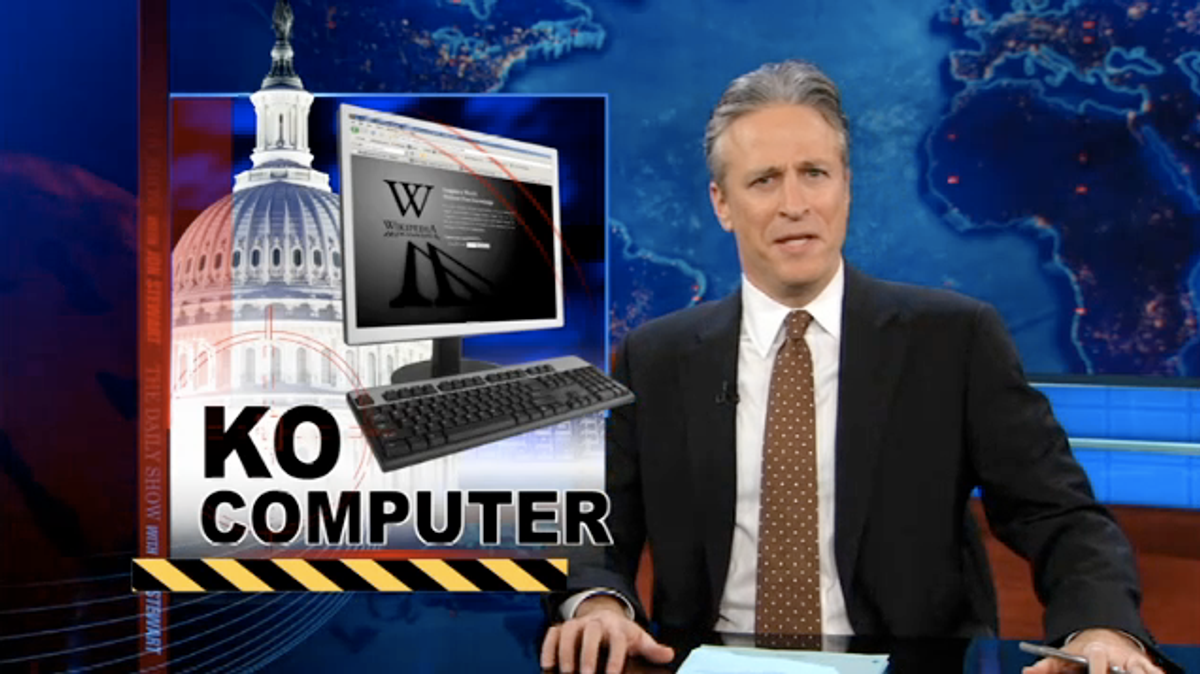 Rarely does a piece of legislation take over the national dialogue the way the Stop Online Piracy Act did yesterday; but that's what happens when Wikipedia shuts down in protest. What remains puzzling, though, even after a day of widespread virtual protests, is how the lawmakers who originally supported SOPA failed to gauge public sentiment so spectacularly. That's where Jon Stewart came in and illuminated matters on "The Daily Show" last night, with one particularly valuable insight: The people responsible for SOPA -- the members of the congressional subcommittee who gave the legislation their seal of approval -- have no idea how the Internet actually works.