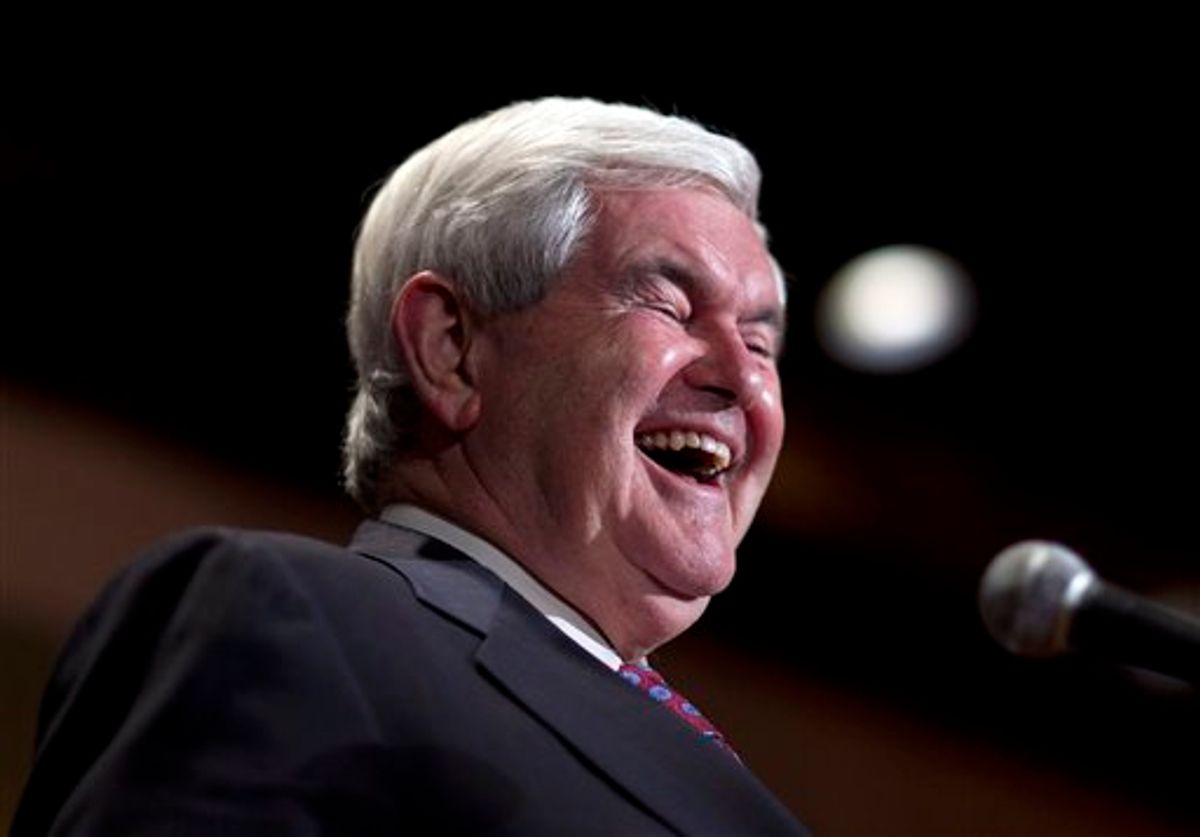 We're used to politicians getting caught with their pants down. We're accustomed to their cheated wives explaining why they're either staying or leaving. But we don't usually hear about another option being discussed -- until now.

News today that Newt Gingrich allegedly asked his second wife, Marianne, for an open marriage, after his indiscretions were revealed, has been interpreted by many critics as further proof of his lack of moral character. (Marianne Gingrich will tell ABC's "Nightline" tonight that Newt "was asking to have an open marriage and I refused.") Cheating on a sick wife and asking her to accept his mistress into their marriage? C'mon!

However, some experts on negotiated non-monogamy see it differently. "We're hearing that there was actually an attempt at an open negotiation," says Tristan Taormino, author of "Opening Up: A Guide to Creating and Sustaining Open Relationships." "In a way, he gave her an opportunity to consent to it or not."

Although she quickly adds: "Please, I am not endorsing Newt Gingrich or his ... politics."

Jenny Block, author of "Open: Love, Sex & Life in an Open Marriage," also gives Gingrich credit for starting a difficult conversation. "He actually said to his wife what he was thinking: I either need out or you have to just let me do this. In some ways, I'm sad that we're lambasting him -- the guy finally said what he wanted."

At the same time, though, Block argues that Gingrich wasn't really looking for an open marriage. He wanted to continue an affair he was already having, she says. "I'm kind of infuriated that they're using the term 'open marriage.' All he wanted was permission to have an affair. He basically said to her, 'Can I keep seeing her or do you want to get divorced?' Any time you bring up divorce, you're not talking about open marriage.'"

That's often the reality of the situation, however, according to Taormino. The discussion about opening a marriage up often comes after an infidelity has been discovered, she says.

"People who believe in non-monogamy as an option would love to tell you that we're all so enlightened," Taormino says, "but the truth is, plenty of the couples that I talked to for my book came to a place of non-monogamy from cheating. I think it would be a mistake to dismiss this as Newt wanting to have his cake and eat it too."

Of course, the concept of negotiated non-monogamy isn't anything new. First it was called swinging, then open marriage, polyamory and, most recently, "monogamish" -- it's a cultural conversation that's been heating up and evolving for decades now.

Psychologist Esther Perel, author of "Mating in Captivity," says negotiated monogamy is "the next frontier" and this latest Gingrich revelation is but a small part of that. "It is going to be the next conversation," she says, "in the same way that conversations about premarital sex, contraception, homosexuality being taken out of the DSM and linking sexual satisfaction with marital happiness were transitions."

While Gingrich's cheating goes against traditional family values -- especially those often voiced by social conservatives who argue that gay marriage would destroy the sanctity of one man and one woman -- it's perfectly in line with traditional behavior, Perel tells me. "Traditionally, people have lived with public monogamy and clandestine adultery. That's been the general model," she says.

As political commentator Melissa Harris-Perry joked in a tweet, "There is an argument that Newt really was arguing for traditional marriage. It just depends on whose traditions. #GOPMoralRelativism." But perhaps the real hashtag should have been #HumanMoralRelativism.