The state GOP’s final count puts Rick Santorum on top by 34 votes, but with a giant, embarrassing asterisk 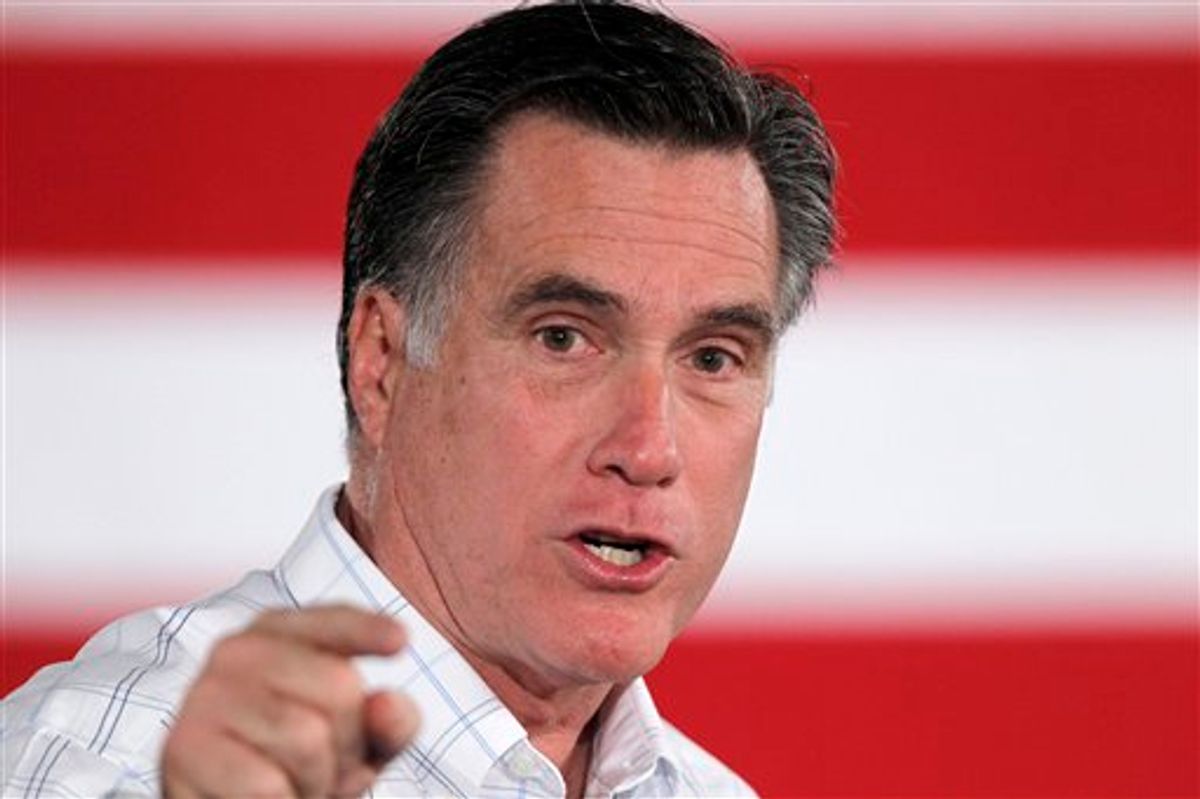 In this photo taken Thursday, Jan. 5, 2012, Republican presidential candidate former Massachusetts Gov. Mitt Romney speaks in Salem, N.H. Conservative leaders are encouraging their brethren to rally behind Rick Santorum or perhaps another conservative to counter Mitt Romneys rise in the presidential race. Virtually silent on the rollicking contest until now, these leaders of the GOP base burned up the phone lines and cyberspace Wednesday, energized by Santorums single-digit loss to the well-funded Romney in Iowa. (AP Photo/Matt Rourke) (AP)
--

So, you know that oft-repeated line about how Mitt Romney is the first Republican presidential candidate of the modern era to win both Iowa and New Hampshire? It turns out it's not true. Well, it's probably not true -- but we'll never know for sure.

That's the upshot of the final certified count for the Iowa GOP caucuses, which gives Rick Santorum -- who fell eight votes short when the results were announced on caucus night -- a 34-vote edge over Romney, 29,839 to 29,805. But there's a catch:

Results from eight precincts are missing — any of which could hold an advantage for Mitt Romney — and will never be recovered and certified, Republican Party of Iowa officials told The Des Moines Register on Wednesday.

In other words, the Iowa Republican Party, which has been conducting caucuses that have served since 1980 as the critical opening test in the party's presidential nominating derby, did not have any mechanism in place to ensure a full and accurate vote count. Since caucus night, according to the Des Moines Register, revised tallies have been trickling in to the state party from precincts across the state. The deadline was the end of Wednesday. In some cases, embarrassing tabulation errors were discovered, and in other cases no forms were turned in at all. Thus, the state party is essentially throwing up its hands and declaring a tie. As chairman Matt Strawn told the Register:

“I can’t speculate without documentation from the missing eight,” Strawn said. “The comments I made at 1:30 a.m. Jan. 4 congratulating both Mitt Romney and Rick Santorum still apply. I don’t think the certified vote totals take anything away from either Governor Romney or Senator Santorum.”