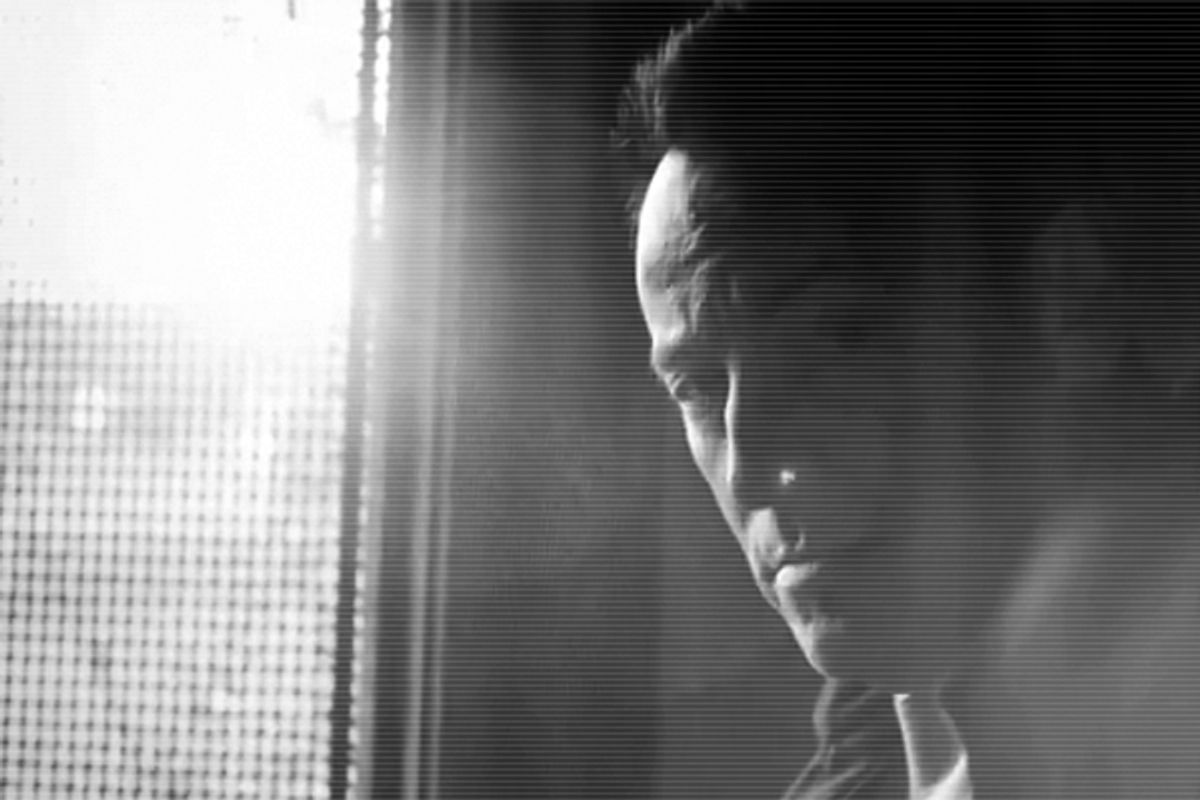 Bruce Springsteen officially announced today that his new album, "Wrecking Ball," would hit shelves on March 6. Rumors had hinted that this would be his angriest album and that he would be addressing the current recession and the economic travails of middle- and lower-class America. If the first single, “We Take Care of Our Own,” is any indication, this will be to Occupy Wall Street what "The Rising" was to 9/11: the moment when Springsteen takes up a cause and makes sense of an event that has stymied other musicians.

Springsteen's not the first artist to take up the occupiers’ cause, nor is he the first to filter his outrage through the iconography of Woody Guthrie, the Dust Bowl folkie who has become, 44 years after his death, the patron saint of the 99 percent. Tom Morello evoked Guthrie’s example when he strolled around Zuccotti Park singing “This Land Is Your Land,” which won MTV’s dubious award for Best #OWS Performance last year. More recently, Jackson Browne debuted a folksy number at Occupy Wall Street that played against his soft-rock strengths in favor of talking-to-the-masses piety. Guthrie has proved to be a potent symbol of grass-roots dissent, yet these songs make it appear as though the folk singer has been thrust upon OWS rather than embraced by its demonstrators. And it’s a limited view of the singer as well, one that doesn’t accommodate his sense of humor or his sense of wonder.

In a sense, it could be considered a failure of imagination: No one has been able to conceive of a new form of protest music specific to this moment in American history, so they revisit the old, obvious exemplar and hope it still fits. Springsteen certainly draws from this vision of Guthrie. The cover of "Wrecking Ball" shows him hoisting a guitar as a symbol of proletariat power, partially obscured by text in the Guthrie Bold Condensed font. “We Take Care of Our Own” is a tangle of barbed lyrics that confront economic and social issues in the broadest way imaginable: “Where are the eyes, the eyes with the will to see?” he asks, not quite rhetorically. “Where are the hearts that run over with mercy?” Later, he poses the burning question, “Where’s the promise from sea to shining sea?”

It’s all very straightforward and sincere, in language that’s simultaneously plainspoken and grandiose. Springsteen has long identified with the Okie folkie, covering “This Land Is Your Land” on the box set "Live 1975-85" and recording a handful of spare acoustic albums addressing social concerns. On "Nebraska" (1982) and even on the fairly forgettable "Ghost of Tom Joad" (1995) and Devils & Dust (2005), Springsteen channeled his own worries through Everyman characters, such as the desperate gunman of “Johnny 99” and the hard-luck meth cooks of “Sinaloa Cowboys.” The people came first, it seemed, and the issues second. Springsteen may have stretched to rhyme “ravine” and “methamphetamine,” but those songs had the power of parables, delivering potent messages without sounding preachy or overtly political. “We Take Care of Our Own” does just the opposite. Rather than view this historical moment through the eyes of a character, Springsteen writes like he’s using bumper stickers like magnetic poetry. There’s nothing in the song to personalize the outrage, to give it relevance or impact or specificity.

Musically, “We Take Care of Our Own” doesn’t sound much like Guthrie at all. Rather than austere acoustic folk, the song nods to Springsteen of the past decade, with its florid strings and busybody production courtesy of Ron Aniello (Lifehouse, Jars of Clay). It sounds ostentatiously expensive, yet Springsteen’s vocals are lively and sympathetic, which makes him sound like the 99 percent instead of the 1 percent.

He’s writing what he thinks the country needs, which is not the same as what it actually needs. Yet, the best aspect of “We Take Care of Our Own” — the one component that makes you look forward to hearing the rest of the album — is that wonderful boardwalk bells-and-guitar theme that repeats throughout the songs, sounding heraldic and optimistic and perhaps even celebratory. It’s signature Springsteen, both a throwback to the immigrant culture that produced him and an ageless alternative to the blues-derived riffs that pervade so much rock 'n' roll. That theme turns “We Take Care of Our Own” into something like a singalong — inclusive rather than exclusive, a communal experience that supports the sentiment of the song’s title. That may be truer to the spirit of Guthrie than any of the song's well-meaning lyrics.