Suddenly Mitt is bracing for defeat 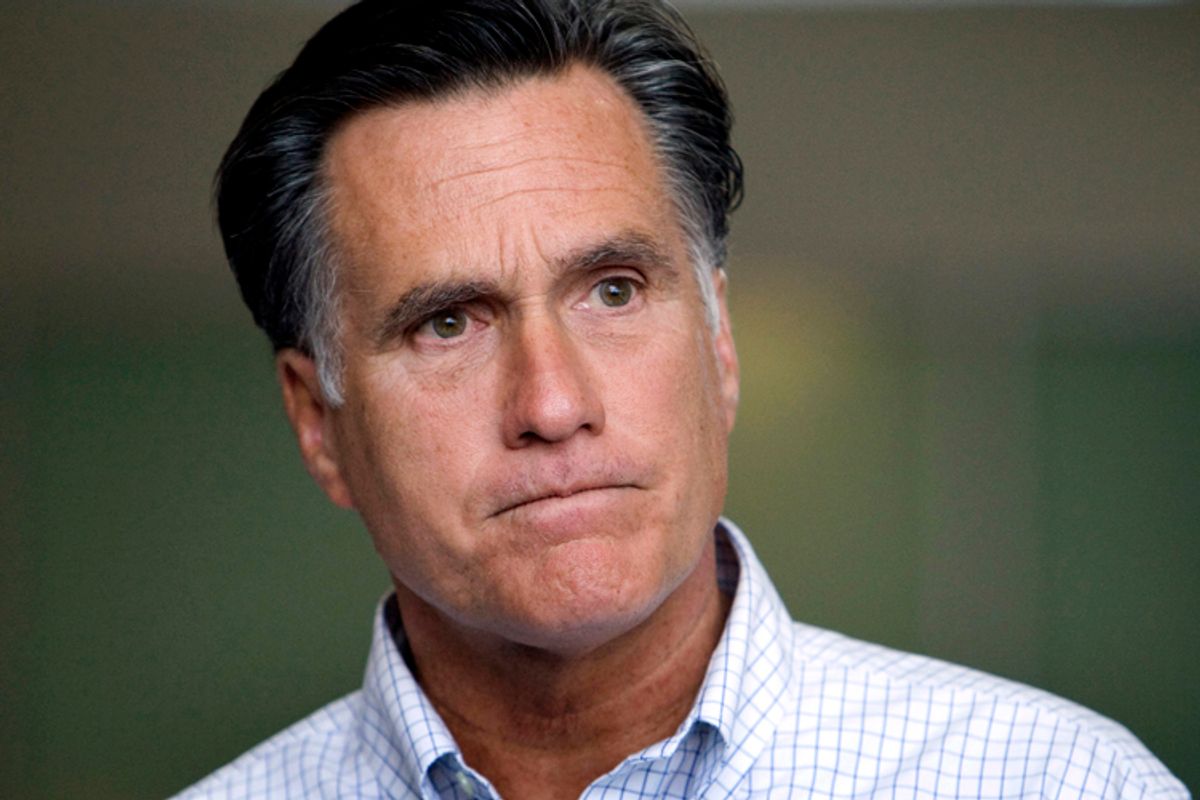 If you're looking for a silver lining in what has been a pretty rotten week for Mitt Romney, it's this: The expectations for Saturday's South Carolina primary have shifted so dramatically that even a razor-thin Romney victory will now be seen as a momentous triumph, while anything short of an outright win for Newt Gingrich will be regarded as a crushing disappointment.

The three most recent polls in the state all show Gingrich pushing into the lead after trailing by double-digits earlier this week, and RealClearPolitics' polling average now puts him a point ahead of Romney. And it's likely that Gingrich's performance at Thursday night's debate did nothing to slow his momentum, and may actually have increased it. So it's not surprising that the Romney campaign is already seeking to soften the blow from a South Carolina loss. As the Huffington Post's Jon Ward reported, one of Romney's top surrogates, former New Hampshire Governor and Bush 41 Chief of Staff John Sununu, is again playing up the long game:

"I think you're going to see the same kind of long slog that you saw in '76, with [Gerald] Ford and [Ronald] Reagan, that it took the whole thing to win," Sununu told reporters.
"This is a long slog," Sununu said. "[Romney]'s never suggested one or two or three primaries or caucuses would make the difference. The whole campaign has been designed to go through the long slog."
Asked what Romney, the former governor of Massachusetts, will need to do if Gingrich beats him in South Carolina, Sununu responded, "He has to do what they intended to do from the beginning: slog along."
"Mitt Romney's strength has been clearly defined as being ready for a long campaign under the new rules," Sununu said.

This was the same message that Romney's campaign emphasized back in December, when Gingrich opened wide leads in national and key early state polls. But when Gingrich's numbers returned to earth and Romney posted victories in Iowa* and New Hampshire, the campaign didn't exactly fight the conventional wisdom that a third win in South Carolina would effectively end the GOP contest.

Of course, Sununu's basic point is right -- financially and organizationally, Romney's campaign does seem far more suited for a drawn-out battle than Gingrich. But Gingrich's South Carolina rise is further proof of how unusually volatile this GOP race is -- and how sensitive to shifts in the dominant press narrative public opinion can be. On the strength of two relatively unimpressive victories (one of which wasn't even a victory, it turns out), Romney practically doubled his support nationally and opened commanding leads in South Carolina and Florida -- two states that had seemed resistant to him for months. But just in the past few days, as the "Gingrich comeback" narrative has taken hold, that South Carolina lead has vanished and his national advantage has shrunk to just ten points.

Thus, the narrative that emerges from South Carolina Saturday night will go a long way toward shaping the GOP race in Florida. And here there are two very different possibilities: