The roots of Bain Capital in El Salvador's civil war 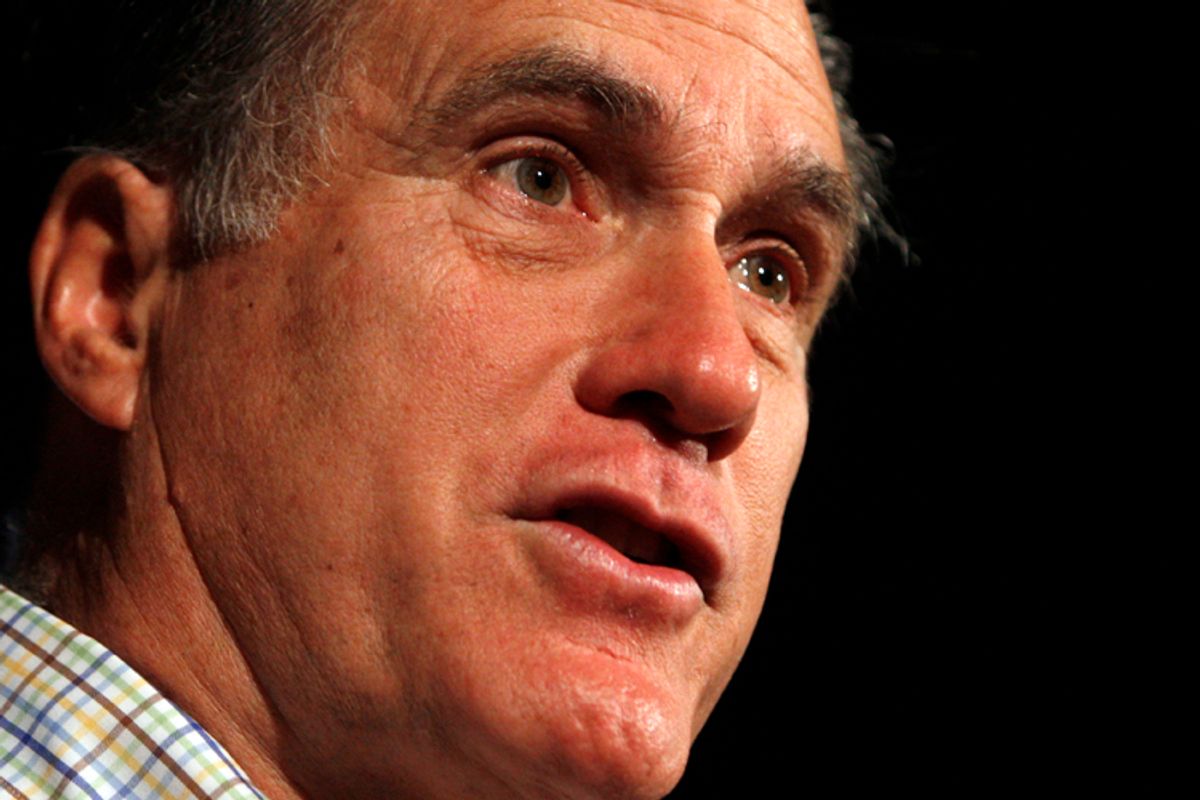 A significant portion of the seed money that created Mitt Romney's private equity firm, Bain Capital, was provided by wealthy oligarchs from El Salvador, including members of a family with a relative who allegedly financed rightist groups that used death squads during the country's bloody civil war in the 1980s

Bain, the source of Romney's fabulous personal wealth, has been the subject of recent attacks in the Republican primary over allegations that Romney and the firm behaved like, in Rick Perry's words, "vulture capitalists."One TV spot denounced Romney for relying on "foreign seed money from Latin America" but did not say where the money came from. In fact, Romney recruited as investors wealthy Central Americans who were seeking a safe haven for their capital during a tumultuous and violent period in the region.

Like so much about Bain, which is known for secrecy and has been dubbed a "black box," all the names of the investors who put up the money for the initial fund in 1984 are not known. Much of what we do know was first reported by the Boston Globe in 1994 when Romney ran for U.S. Senate against Ted Kennedy.

In 1984, Romney had been tapped by his boss at Bain & Co, a consulting firm, to create a spin-off venture capital fund, Bain Capital.

A Costa Rica-born Bain official named Harry Strachan invited friends and former clients in Central America to a presentation about the fund with Romney in Miami. The group was impressed and "signed up for 20% of the fund," according to Strachan's memoir. That was about $6.5 million, according to the Globe. Bain partners themselves were putting up half the money, according to Strachan. Thus the Central American investors had contributed 40 percent of the outside capital.

Back in 1984, wealthy Salvadoran families were looking for safe investments as violence and upheaval engulfed the country. The war, which pitted leftist guerrillas against a right-wing government backed by the Reagan administration, ultimately left over 70,000 people dead in the tiny nation before a peace deal was brokered by the United Nations in 1992. The vast majority of violence, a UN truth commission later found, was committed by rightist death squads and the military, which received U.S. training and $6 billion in military and economic aid. The Reagan administration feared that El Salvador could become a foothold for Communists in Central America.

The notorious death squads were financed by members of the Salvadoran oligarchy and had close links to the country's military. The death squads kidnapped, tortured, and killed suspected leftists in urban areas fueling an insurgency that retreated to rural areas and waged war on the government from the countryside. The war, which lasted 12 years, triggered an exodus that brought more than 1 million Salvadorans to the United States.

There is no evidence that any of Bain Capital's original investors were involved in these sorts of activities. But the identities of some of the investors remain secret, and there are family names that raise questions.

Four members of the de Sola family were among the original Bain investors, or "limited partners" in the company, the Globe reported. Their relative and "one-time business partner," Orlando de Sola, was an important figure in El Salvador. A well-known right-wing coffee grower with an (in his words) "authoritarian" vision for the country, de Sola spent time living in Miami but was also a founding member of the right-wing Arena party, lead by a U.S.-trained former intelligence officer named Roberto D'Aubuisson.

Craig Pyes, an investigative reporter then with the Albuquerque Journal, wrote a series on the rightist death squads based on extensive on-the-ground reporting in El Salvador in the early 1980s with Laurie Becklund of the Los Angeles Times, while the death squads were still active.

Pyes, who has since won two Pulitzer Prizes and is now a private investigator in California, says that no one has produced any proof that de Sola directly funded death squads.

"However," Pyes says, "he was in the inner circle of the group around D'Aubuisson at the time that D'Aubuisson was well known to be involved in the death squads. De Sola's name appears in a December 1983 FBI cable as one of 29 people suspected by State Department officials of furnishing funds and weapons to Salvadoran death squads."

De Sola's name also turned up in a notebook, seized from an aide to D'Aubuisson named Saravia, that detailed the finances of D'Aubuisson's terrorist network, according to Pyes.

The Saravia notebook, reviewed by U.S. officials, listed weapons purchases, payments, and what appear to be descriptions of violent plots by rightists, including the assassination of El Salvador's Archbishop Oscar Arnulfo Romero in 1980. Asked about the notebook by the New York Times in the late 1980s, de Sola denied that he had ever helped finance political violence. De Sola could not be reached for comment for this story.

Romney, for his part, who was much more accessible to the press in 1994, told the Globe that year that "we investigated the individuals' integrity and looked for any obvious signs of illegal activity and problems in their background, and found none. We did not investigate in-laws and relatives." He also said that Bain had checked the names of the Bain investors with the U.S. government. Given the policy of the Reagan administration at the time, though, it's not clear going to the government would have been the most effective vetting mechanism.

It's impossible to fully explore the backgrounds of the original Bain investors because we don't know all their identities, including the names of the four members of the de Sola family mentioned by the Globe. Neither the Romney camp, Bain Capital, nor Strachan -- the Bain executive who recruited the Central Americans -- responded to requests for comment.

During his first presidential bid in 2007, Romney more than once touted the Central American investors in Bain while trying to woo Hispanic voters. In a speech in March of that year to the Miami-Dade Lincoln Day Dinner, Romney actually specified five of the original "partners" in Bain Capital -- but the de Sola family was not among those he named.

And that August he told the Miami Herald, “The investments for the company that I started, Bain Capital, came largely from Latin America. My largest single investors came from El Salvador, Ecuador, Colombia and Guatemala. And so I feel a deep kinship to people in Latin America."