Disorder in the court 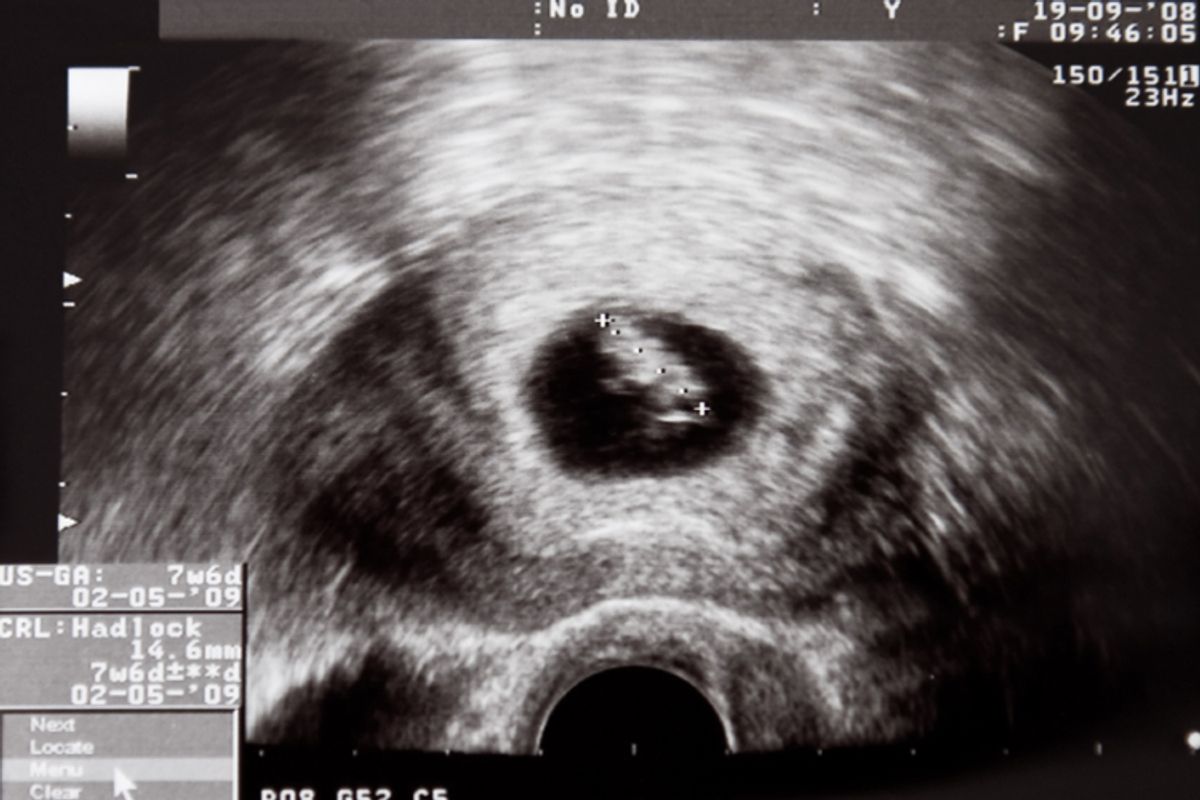 Is it unconstitutional to force Texas women to have transvaginal ultrasounds, listen to the fetal heartbeat or discuss fetal development before having an abortion? It depends on the judge you ask.

As it happens, the two federal judges who have formally weighed in don't just have very different ideas of a woman's constitutional rights in this context -- they also seem to hate each other. And they were both appointed by Republicans.

On Friday, Austin district court Judge Sam Sparks heard arguments for a permanent injunction on the law, about which he's already expressed serious legal reservations with a preliminary injunction. Whatever he decides next will then go before Edith Jones, the chief judge of the U.S. Court of Appeals for the Fifth Circuit, who has shown no inclination to agree with him about the state's role in regulating uteruses.

Sparks is a George H.W. Bush appointee and scion of Texas sheriffs who suggested that the ultrasound law was the "Texas Legislature wish[ing] to prioritize an ideological agenda over the health and safety of women," and even that the law would drive out qualified practitioners who didn't want to submit to state-compelled speech. “Forcing pregnant women to receive medical treatment from less-skilled providers certainly seems at odds with ‘protecting the physical and psychological health and well-being of pregnant women,’ one of the act’s stated purposes,” he wrote. He barred the law from being enforced -- which held until it got to the circuit court headed by Jones.

Jones, a Ronald Reagan appointee who has written that she "fervently hope[s]" that the Supreme Court reevaluates Roe v. Wade, had previously expressed her annoyance with Sparks for the manner in which he refused to allow exhibits of aborted fetus photos in the court. “The Court has already turned down two extremely tempting offers to transform this case from a boring old federal lawsuit into an exciting, politically-charged media circus,” Sparks replied to the attorney who wanted to submit them. “As any competent attorney could have predicted, the Court declines this latest invitation as well.”

Jones responded by copying all of his colleagues on a stern email to Sparks, saying,  "It has not escaped my attention, or that of my colleagues or, I am told, nationally known blog sites that you have issued several 'cute' orders in the past few weeks." She referred to them as "caustic, demeaning and gratuitous," and added, "Frankly, this kind of rhetoric is not funny." Of course, the email itself promptly ended up on several more "nationally known blog sites."

Jones was one to talk. Days later, she slammed her fist down at the table in oral argument and told her fellow circuit judge to "shut up" or leave.

But this isn't ultimately about courtroom civility or entertaining invective -- it's about a judicial philosophy that holds that it's within the state's right to try to talk women out of their decisions, or at least make them as grueling as possible, versus one that sees women as people capable of making life-changing decisions for themselves. When Jones and two fellow circuit judges ruled on the Texas law last week, Jones' opinion disagreed with Sparks that the so-called "Woman's Right to Know Act" was a case of forced speech in violation of both the woman and the doctor's constitutional rights. That was indeed a relatively novel approach, since the Supreme Court in Planned Parenthood v. Casey had rejected a First Amendment argument. On the other hand, the law at question in that case did not involve a medically unnecessary wand up the vaginal canal.

Jones denied that making the woman (and her doctor) go through these procedures constituted "ideological speech," even though she seemed to believe would further the state's "interest in protecting life." (In a footnote, she said Sparks "misunderstands the term" ideological, and helpfully provided a link to Merriam Webster's entry on the word.) She said information about the fetus was as relevant as information about possible health risks to the mother, because "only if one assumes ... that pregnancy is a condition to be terminated, can one assume that such information about the fetus is medically irrelevant." Well, yes, given that the procedure in question is taking place when a woman has already elected to terminate her pregnancy and gotten all the way to the abortion clinic, you can assume it is a "condition to be terminated." The ideological speech in question is the one that assumes that she doesn't know her own mind and needs to be subjected to potentially humiliating or difficult processes first.

In her decision on Jan. 10, Jones not only overturned Sparks' temporary injunction -- she rapidly granted Texas' request to make the decision effective immediately so it could soon start enforcing the law. And she said all further actions had to come through the same panel. The Center for Reproductive Rights, which is representing abortion providers in the case against the law, has asked for a rehearing with the entire Fifth Circuit, and not just the three judges led by Jones. Still, there will be no avoiding her.