As President Obama escalated the war, the numbers of soldiers and civilians killed rose dramatically 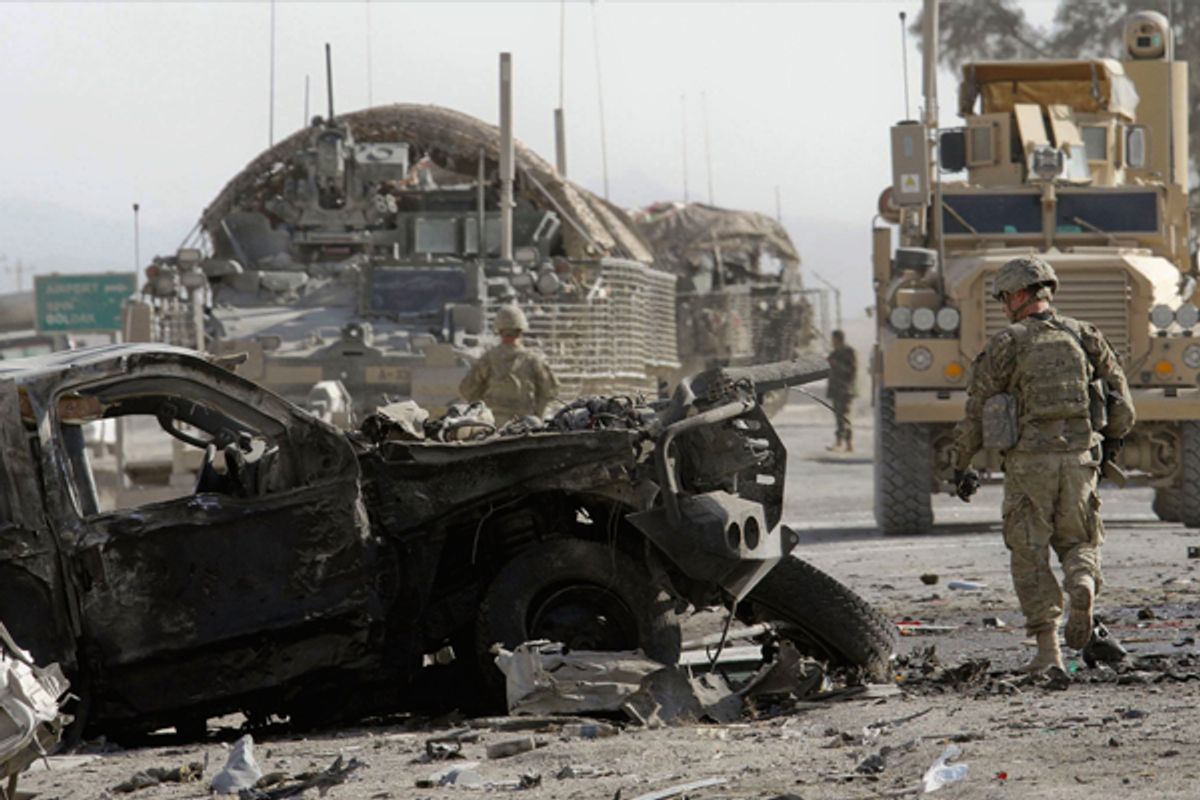 In the past six months, President Obama has repeatedly declared that "the tide of war is receding."

And, if one measures by reduction in the aggregate number of troops deployed in Iraq and Afghanistan, the president is right. But it's also true that Obama has presided over a significant escalation in the war in Afghanistan.

One can see that in charts of American troop levels, and also, as a new Congressional Research Service report shows, in the number of American soldiers and Afghans being killed and wounded. Click the chart for the full image:

Those American troop death figures are, of course, dwarfed by the number of Afghan civilians being killed. There were 2,262 civilians killed and 3,032 wounded in the first 11 months of 2011, the report finds. The whole thing, via Secrecy News, is worth a read and can be found here (.pdf).

The headlines out of Afghanistan have been grim for the administration in recent weeks, dominated by stories about Marines urinating on dead bodies, the killing of American troops by their putative Afghan allies, and the prospect of a pullout by France following the deaths of four French soldiers. The war, though, has not yet become much of an issue in presidential politics, at least outside of the GOP debate last year focusing on foreign policy.