Even as he goes after Gingrich for working for Freddie Mac, Romney has surrounded himself with lobbyists 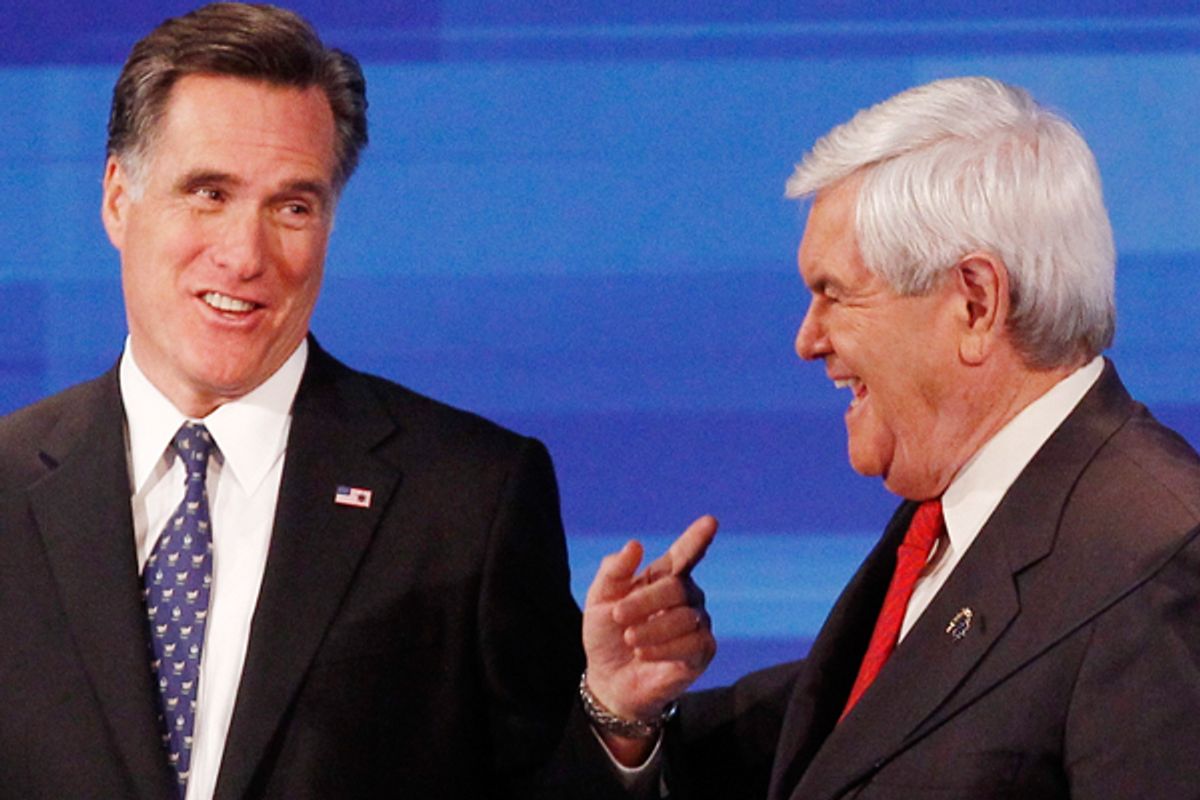 Part of the aggressive new Romney campaign offensive against Newt Gingrich is to attack Gingrich for having been a lobbyist. The irony of the strategy is that Mitt Romney has surrounded himself with multiple registered lobbyists at the highest level of his campaign.

In fact, Gingrich has never been a registered lobbyist -- a distinction that Gingrich invoked in the Monday night debate -- but his "strategic advice" work for Freddie Mac looked a lot like what can be colloquially described as lobbying, or at least something close to it.

And Gingrich's work for healthcare companies in his post-congressional career looks even more like lobbying than the Freddie Mac consulting. The Times reported in November:

In a variety of instances, documents and interviews show, Mr. Gingrich arranged meetings between executives and officials, and salted his presentations to lawmakers with pitches for his clients, who pay as much as $200,000 a year to belong to his Center for Health Transformation.

When the center sponsored a “health transformation summit” at the Florida State Capitol in March 2006, lawmakers who attended Mr. Gingrich’s keynote speech inside the House chamber received a booklet promoting not just ideas but also the specific services of two dozen of his clients. Executives from some of those companies sat on panels for discussions that lawmakers were encouraged to attend after Mr. Gingrich’s address.

Romney is now suggesting that Gingrich did not register as a lobbyist when perhaps, by law, he should have.

But this line of attack is undermined by the fact that the Romney campaign is chock-full of people who have been lobbyists. They include:

The lobbyist question is not a new one for Romney. Back in his first presidential run in 2007, he famously got into a verbal tussle with an Associated Press reporter who challenged Romney’s claim that lobbyists were not running his campaign. The must-see video of that exchange is here.