The real story of America's unemployed

In a new video series, "F**ked: The United States of Unemployment," Salon humanizes our epidemic of joblessness 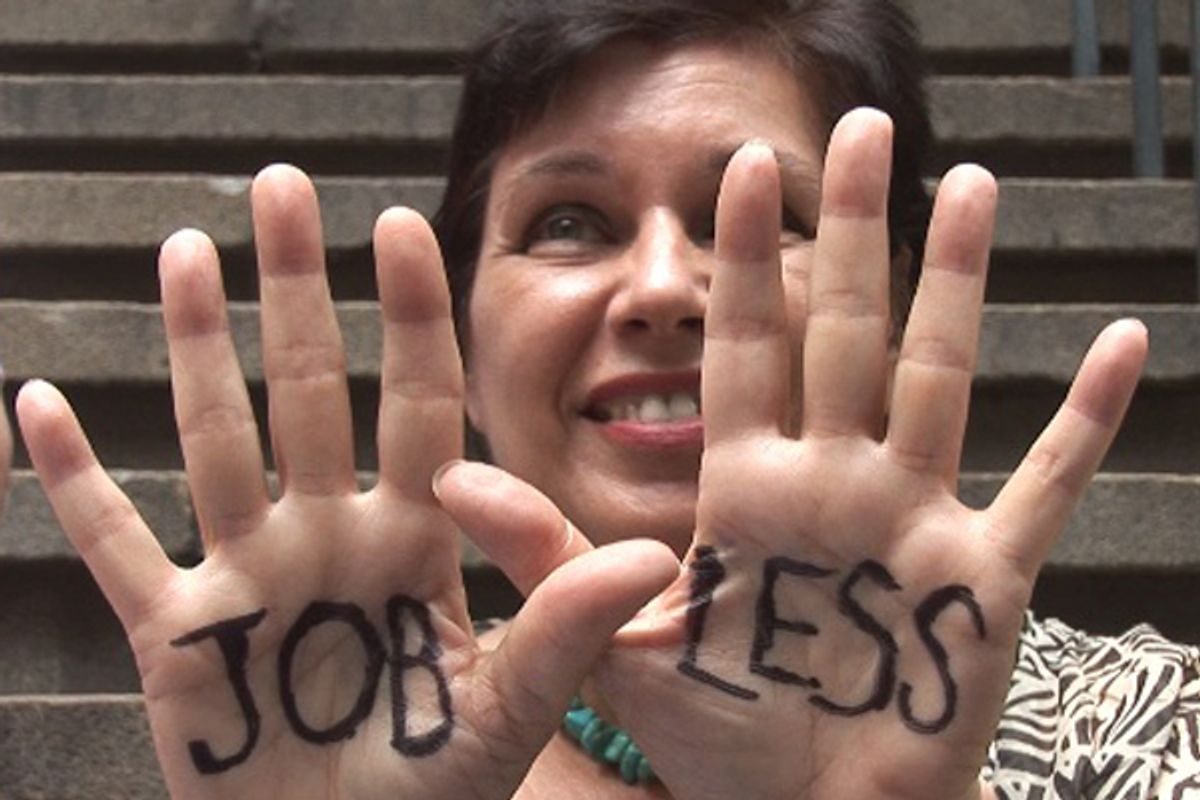 Before “We are the 99 percent” emerged as a rally cry from Zuccotti Park to the Port of Oakland, another group identified with this number -- but for a very different reason. A handful of New Yorkers whose 99 weeks of unemployment benefits had expired were frustrated that political leaders seemed resigned to a future of austerity instead of figuring out how to put Americans back to work. These “99ers” realized that if they wanted to change things, they would need to get organized and fight back.

In “F**ked: The United States of Unemployment” -- a new Salon series that will chronicle this important yet largely untold story -- Academy Award-nominated director Immy Humes traces the birth and evolution of the 99ers movement. Over the course of the series, Humes will explore her personal struggle with long-term unemployment, the struggles of her fellow 99ers, and confront the stigma of what it's like to be jobless in America today.

Salon is committed to telling the story of the unemployed as part of the American Spring. At noon Tuesday (ET), we'll publish Andrew Leonard's story on the state of the unemployed, and ask why the jobless problem is not a more resonant political issue during this election year.

And we want to hear your stories. The Great Recession has left millions unemployed and desperately seeking work -- and yet Republican candidates still recycle the same tired lines about poor work habits and food stamps. Tell us what it's really like to be out of work in this economy on Open Salon. We'll cross-post some of your stories here on Salon.